Earth’s atmosphere blocks most radiation at wavelengths shorter than visible light, so we can only make direct ultraviolet, X-ray, and gamma ray observations from space (though indirect gamma ray observations can be made from Earth). Getting above the distorting effects of the atmosphere is also an advantage at visible and infrared wavelengths. The stars don’t "twinkle" in space, so the amount of detail you can observe is limited only by the size of your instrument. On the other hand, it is expensive to place telescopes into space, and repairs can present a major challenge. This is why astronomers continue to build telescopes for use on the ground as well as for launching into space. 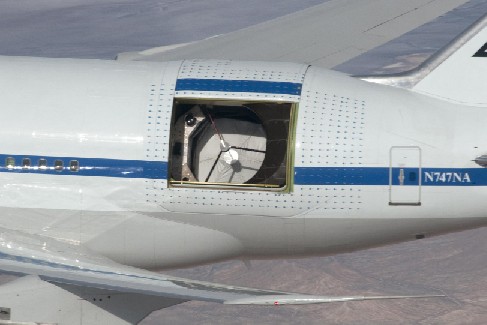 Figure 1. Stratospheric Observatory for Infrared Astronomy (SOFIA): SOFIA allows observations to be made above most of Earth’s atmospheric water vapor. (credit: NASA)

Water vapor, the main source of atmospheric interference for making infrared observations, is concentrated in the lower part of Earth’s atmosphere. For this reason, a gain of even a few hundred meters in elevation can make an important difference in the quality of an infared observatory site. Given the limitations of high mountains, most of which attract clouds and violent storms, and the fact that the ability of humans to perform complex tasks degrades at high altitudes, it was natural for astronomers to investigate the possibility of observing infrared waves from airplanes and ultimately from space.

Infrared observations from airplanes have been made since the 1960s, starting with a 15-centimeter telescope on board a Learjet. From 1974 through 1995, NASA operated a 0.9-meter airborne telescope flying regularly out of the Ames Research Center south of San Francisco. Observing from an altitude of 12 kilometers, the telescope was above 99% of the atmospheric water vapor. More recently, NASA (in partnership with the German Aerospace Center) has constructed a much larger 2.5-meter telescope, called the Stratospheric Observatory for Infrared Astronomy (SOFIA), which flies in a modified Boeing 747SP (Figure 1).


To find out more about SOFIA, watch this video provided by NASA’s Armstrong Flight Research Center:


Getting even higher and making observations from space itself have important advantages for infrared astronomy. First is the elimination of all interference from the atmosphere. Equally important is the opportunity to cool the entire optical system of the instrument in order to nearly eliminate infrared radiation from the telescope itself. If we tried to cool a telescope within the atmosphere, it would quickly become coated with condensing water vapor and other gases, making it useless. Only in the vacuum of space can optical elements be cooled to hundreds of degrees below freezing and still remain operational.

The first orbiting infrared observatory, launched in 1983, was the Infrared Astronomical Satellite (IRAS), built as a joint project by the United States, the Netherlands, and Britain. IRAS was equipped with a 0.6-meter telescope cooled to a temperature of less than 10 K. For the first time, the infrared sky could be seen as if it were night, rather than through a bright foreground of atmospheric and telescope emissions. IRAS carried out a rapid but comprehensive survey of the entire infrared sky over a 10-month period, cataloging about 350,000 sources of infrared radiation. Since then, several other infrared telescopes have operated in space with much better sensitivity and resolution due to improvements in infrared detectors. The most powerful of these infrared telescopes is the 0.85-meter Spitzer Space Telescope, which launched in 2003. A few of its observations are shown in Figure 2. With infrared observations, astronomers can detect cooler parts of cosmic objects, such as the dust clouds around star nurseries and the remnants of dying stars, that visible-light images don’t reveal.

Figure 2. Observations from the Spitzer Space Telescope (SST): These infrared images—a region of star formation, the remnant of an exploded star, and a region where an old star is losing its outer shell—show just a few of the observations made and transmitted back to Earth from the SST. Since our eyes are not sensitive to infrared rays, we don’t perceive colors from them. The colors in these images have been selected by astronomers to highlight details like the composition or temperature in these regions. (credit "Flame nebula": modification of work by NASA (X-ray: NASA/CXC/PSU/K.Getman, E.Feigelson, M.Kuhn & the MYStIX team; Infrared:NASA/JPL-Caltech); credit "Cassiopeia A": modification of work by NASA/JPL-Caltech; credit "Helix nebula": modification of work by NASA/JPL-Caltech)

In April 1990, a great leap forward in astronomy was made with the launch of the Hubble Space Telescope (HST). With an aperture of 2.4 meters, this is the largest telescope put into space so far. (Its aperture was limited by the size of the payload bay in the Space Shuttle that served as its launch vehicle.) It was named for Edwin Hubble, the astronomer who discovered the expansion of the universe in the 1920s (whose work we will discuss in the chapters on Galaxies).

HST is operated jointly by NASA’s Goddard Space Flight Center and the Space Telescope Science Institute in Baltimore. It was the first orbiting observatory designed to be serviced by Shuttle astronauts and, over the years since it was launched, they made several visits to improve or replace its initial instruments and to repair some of the systems that operate the spacecraft—though this repair program has now been discontinued, and no more visits or improvements will be made. 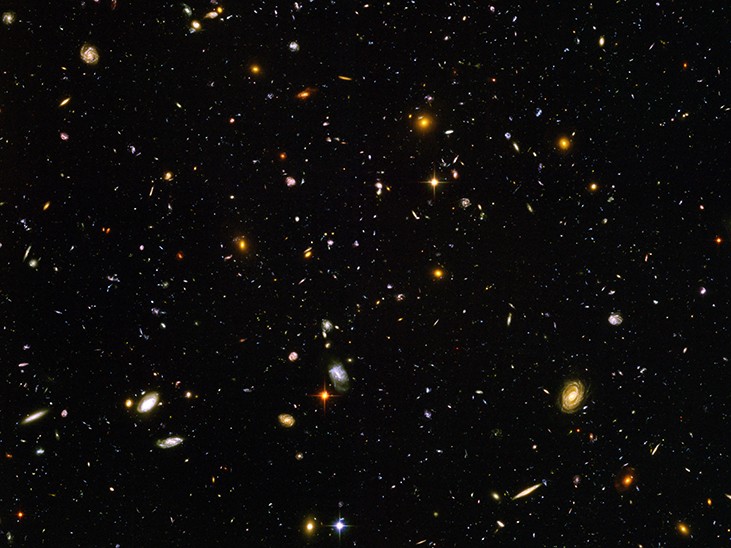 Figure 3. Hubble Ultra-Deep Field (HUDF): The Hubble Space Telescope has provided an image of a specific region of space built from data collected between September 24, 2003, and January 16, 2004. These data allow us to search for galaxies that existed approximately 13 billion years ago. (credit: modification of work by NASA)

With the Hubble, astronomers have obtained some of the most detailed images of astronomical objects from the solar system outward to the most distant galaxies. Among its many great achievements is the Hubble Ultra-Deep Field, an image of a small region of the sky observed for almost 100 hours. It contains views of about 10,000 galaxies, some of which formed when the universe was just a few percent of its current age (Figure 3).

The HST’s mirror was ground and polished to a remarkable degree of accuracy. If we were to scale up its 2.4-meter mirror to the size of the entire continental United States, there would be no hill or valley larger than about 6 centimeters in its smooth surface. Unfortunately, after it was launched, scientists discovered that the primary mirror had a slight error in its shape, equal to roughly 1/50 the width of a human hair. Small as that sounds, it was enough to ensure that much of the light entering the telescope did not come to a clear focus and that all the images were blurry. (In a misplaced effort to save money, a complete test of the optical system had not been carried out before launch, so the error was not discovered until HST was in orbit.)

The solution was to do something very similar to what we do for astronomy students with blurry vision: put corrective optics in front of their eyes. In December 1993, in one of the most exciting and difficult space missions ever flown, astronauts captured the orbiting telescope and brought it back into the shuttle payload bay. There they installed a package containing compensating optics as well as a new, improved camera before releasing HST back into orbit. The telescope now works as it was intended to, and further missions to it were able to install even more advanced instruments to take advantage of its capabilities.

Ultraviolet, X-ray, and direct gamma-ray (high-energy electromagnetic wave) observations can be made only from space. Such observations first became possible in 1946, with V2 rockets captured from Germany after World War II. The US Naval Research Laboratory put instruments on these rockets for a series of pioneering flights, used initially to detect ultraviolet radiation from the Sun. Since then, many other rockets have been launched to make X-ray and ultraviolet observations of the Sun, and later of other celestial objects. 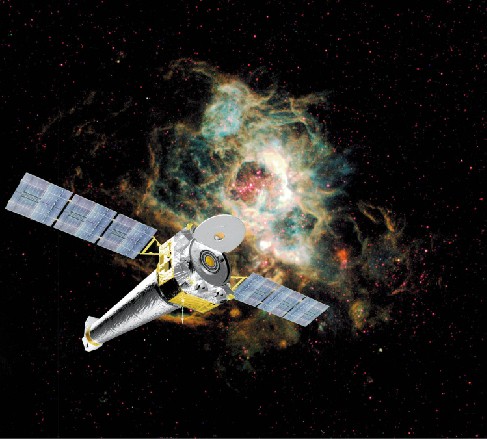 Figure 4. Chandra X-Ray Satellite: Chandra, the world’s most powerful X-ray telescope, was developed by NASA and launched in July 1999. (credit: modification of work by NASA)

Beginning in the 1960s, a steady stream of high-energy observatories has been launched into orbit to reveal and explore the universe at short wavelengths. Among recent X-ray telescopes is the Chandra X-ray Observatory, which was launched in 1999 (Figure 4). It is producing X-ray images with unprecedented resolution and sensitivity. Designing instruments that can collect and focus energetic radiation like X-rays and gamma rays is an enormous technological challenge. The 2002 Nobel Prize in physics was awarded to Riccardo Giacconi, a pioneer in the field of building and launching sophisticated X-ray instruments. In 2008, NASA launched the Fermi Gamma-ray Space Telescope, designed to measure cosmic gamma rays at energies greater than any previous telescope, and thus able to collect radiation from some of the most energetic events in the universe.

One major challenge is to design "mirrors" to reflect such penetrating radiation as X-rays and gamma rays, which normally pass straight through matter. However, although the technical details of design are more complicated, the three basic components of an observing system, as we explained earlier in this chapter, are the same at all wavelengths: a telescope to gather up the radiation, filters or instruments to sort the radiation according to wavelength, and some method of detecting and making a permanent record of the observations. Table 1 lists some of the most important active space observatories that humanity has launched.

Gamma-ray detections can also be made from Earth’s surface by using the atmosphere as the primary detector. When a gamma ray hits our atmosphere, it accelerates charged particles (mostly electrons) in the atmosphere. Those energetic particles hit other particles in the atmosphere and give off their own radiation. The effect is a cascade of light and energy that can be detected on the ground. The VERITAS array in Arizona and the H.E.S.S. array in Namibia are two such ground-based gamma-ray observatories.

Infrared observations are made with telescopes aboard aircraft and in space, as well as from ground-based facilities on dry mountain peaks. Ultraviolet, X-ray, and gamma-ray observations must be made from above the atmosphere. Many orbiting observatories have been flown to observe in these bands of the spectrum in the last few decades. The largest-aperture telescope in space is the Hubble Space telescope (HST), the most significant infrared telescope is Spitzer, and Chandra and Fermi are the premier X-ray and gamma-ray observatories, respectively.

Astronomy is a science that studies everything outside of the earth.docx

Methane as an Indication of Life Outside Earth.edited.docx