Antonin Dvorak is an excellent example of a nationalist composer as he not only incorporated folk elements from his Czech homeland into his music, but actively encouraged other composers to do the same with the music of their own lands. His nationalism was a musical philosophy—not just a political gesture. Interestingly, he spent roughly three years in the United States for the purpose of exploring American music. While there, he encouraged his students to explore American folk idioms such as African-American music such as the spiritual along with Native American music.

Antonín Leopold Dvořák (September 8, 1841–May 1, 1904) was a Czech composer. Following the nationalist example of Bedřich Smetana, Dvořák frequently employed aspects, specifically rhythms, of the folk music of Moravia and his native Bohemia (then parts of the Austrian Empire and now constituting the Czech Republic). Dvořák's own style has been described as "the fullest recreation of a national idiom with that of the symphonic tradition, absorbing folk influences and finding effective ways of using them."

Dvořák displayed his musical gifts at an early age, being an apt student of violin playing from age 6. The first public performances of his works were in Prague in 1872 and, with special success, in 1873, when he was age 31. Seeking recognition beyond the Prague area, he first submitted a score of his First Symphony to a prize competition in Germany, but he did not win, and the manuscript, not returned, was lost until rediscovered many years later. Then in 1874 he first made a submission for the Austrian State Prize for Composition, including scores of two further symphonies and other works. Brahms, unbeknownst to Dvořák, was the leading member of the jury and was highly impressed. The prize was awarded to Dvořák in that year and again in 1876 and in 1877, when Brahms and the prominent critic Eduard Hanslick, also a member of the jury, made themselves known to him. Brahms recommended Dvořák to his publisher, Simrock, who soon afterward commissioned what became the Slavonic Dances, Op. 46. These were highly praised by the Berlin music critic Louis Ehlert in 1878, the sheet music (of the original piano 4-hands version) had excellent sales, and Dvořák's international reputation at last was launched.

Dvořák's first piece of a religious nature, his setting of Stabat Mater, was premiered in Prague in 1880. It was very successfully performed in London in 1883, leading to many other performances in the United Kingdom and United States. In his career, Dvořák made nine invited visits to England, often conducting performances of his own works. His Seventh Symphony was written for London. After a brief conducting stint in Russia in 1890, Dvořák was appointed as a professor at the Prague Conservatory in 1891. In 1890-1891, he wrote his Dumky Trio, one of his most successful chamber musicpieces. In 1892, Dvořák moved to the United States and became the director of the National Conservatory of Music of America in New York City. While in the United States, Dvořák wrote his two most successful orchestral works. The Symphony From the New World spread his reputation worldwide.[3] His Cello Concerto is the most highly regarded of all cello concerti. Also, he wrote his American String Quartet, his most appreciated piece of chamber music. But shortfalls in payment of his salary, along with increasing recognition in Europe and an onset of homesickness, led him to leave the United States in 1895 and return to Bohemia.

Dvořák's ten operas all have librettos in Czech and were intended to convey Czech national spirit, as were some of his choral works. By far the most successful of the operas is Rusalka. Among his smaller works, the seventh Humoresque and the song "Songs My Mother Taught Me" are also widely performed and recorded. He has been described as "arguably the most versatile . . . composer of his time." 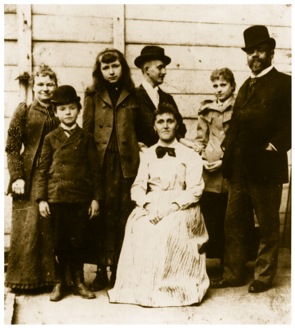 From 1892 to 1895, Dvořák was the director of the National Conservatory of Music in New York City. He began at a then-staggering $15,000 annual salary. Emanuel Rubin describes the Conservatory and Dvořák's time there. The Conservatory had been founded by Jeannette Thurber, a wealthy and philanthropic woman, who made it open to women students as well as men and to blacks as well as whites, which was unusual for the times. Dvořák's original contract provided for three hours a day of work, including teaching and conducting, six days a week, with four months' vacation each summer. The Panic of 1893, a severe economic depression, depleted the assets of the Thurber family and other patrons of the Conservatory. In 1894 Dvořák's salary was cut to $8000 per year and moreover was paid only irregularly. The Conservatory was located at 126–128 East 17th Street, but was demolished in 1911 and replaced by what is today a high school.

Dvořák's main goal in America was to discover "American Music" and engage in it, much as he had used Czech folk idioms within his music. Shortly after his arrival in America in 1892, Dvořák wrote a series of newspaper articles reflecting on the state of American music. He supported the concept that African-American and Native American music should be used as a foundation for the growth of American music. He felt that through the music of Native Americans and African-Americans, Americans would find their own national style of music. Here Dvořák met Harry Burleigh, who later became one of the earliest African-American composers. Burleigh introduced Dvořák to traditional American spirituals.

In the winter and spring of 1893, Dvořák was commissioned by the New York Philharmonic to write Symphony No.9, "From the New World", which was premiered under the baton of Anton Seidl, to tumultuous applause. Clapham writes that "without question this was one of the greatest triumphs, and very possibly the greatest triumph of all that Dvořák experienced" in his life, and when the Symphony was published it was "seized on by conductors and orchestras" all over the world.

Two months before leaving for America, Dvořák had hired Josef Jan KovařÍk, who had just finished violin studies at the Prague Conservatory and was about to return to the United States, to serve as his secretary and to live with the Dvořák family. He had come from the Czech-speaking community of Spillville, Iowa, where his father Jan Josef Kovařík was a schoolmaster. Dvořák decided to spend the summer of 1893 in Spillville, along with all his family. While there he composed the String Quartet in F (the "American"), and the String Quintet in E-flat, as well as a Sonatina for violin and piano. He also conducted a performance of his Eighth Symphony at the Columbian Exposition in Chicago that same year.

In the winter of 1894-1895, Dvořák wrote his Cello Concerto in B minor, Op. 104, B. 191, completed in February 1895. However, his partially unpaid salary, together with increasing recognition in Europe—he had been made an honorary member of the Gesellschaft der Musikfreunde in Vienna – and a remarkable amount of homesickness made him decide to return to Bohemia. He informed Thurber that he was leaving. Dvořák and his wife left New York before the end of the spring term with no intention of returning.

Dvořák's New York home was located at 327 East 17th Street, near the intersection of what is today called Perlman Place. It was in this house that both the B minor Cello Concerto and the New World Symphony were written within a few years. Despite protests, from Czech President Václav Havel amongst others, who wanted the house preserved as a historical site, it was demolished in 1991 to make room for a Beth Israel Medical Center residence for people with AIDS. To honor Dvořák, however, a statue of him was erected in nearby Stuyvesant Square.

Brahms continued to try to "clear a path for" Dvořák, "the only contemporary whom he considered really worthy." While Dvořák was in America, Simrock was still publishing his music in Germany, and Brahms corrected proofs for him. Dvořák said it was hard to understand why Brahms would "take on the very tedious job of proofreading. I don't believe there is another musician of his stature in the whole world who would do such a thing."