Art and the Aesthetic Experience

Beauty is something we perceive and respond to. It may be a response of awe and amazement, wonder and joy, or something else. It might resemble a “peak experience” or an epiphany. It might be watching a sunset or taking in the view from a mountaintop—the list goes on. Here we are referring to a kind of experience, an aesthetic response that is a response to the thing’s representational qualities, whether it is man-made or natural (Silverman). The subfield of philosophy called aesthetics is devoted to the study and theory of this experience of the beautiful; in the field of psychology, aesthetics is studied in relation to the physiology and psychology of perception.

Aesthetic analysis is a careful investigation of the qualities which belong to objects and events that evoke an aesthetic response. The aesthetic response is the thoughts and feelings initiated because of the character of these qualities and the particular ways they are organized and experienced perceptually (Silverman).

Why aesthetics is only the beginning in analyzing an artwork

How we engage in aesthetic analysis

Often the feelings or thoughts evoked as a result of contemplating an artwork are initially based primarily upon what is actually seen in the work. The first aspects of the artwork we respond to are its sensory properties, its formal properties, and its technical properties (Silverman). Color is an example of a sensory property. Color is considered a kind of form and how form is arranged (e.g., color) is a formal property. What medium (e.g., painting, animation, etc.) the artwork is made of is an example of a technical property. These will be discussed further in another module. As Dr. Silverman, of California State University explains, the sequence of questions in an aesthetic analysis could be: what do we actually see? How is what is seen organized? And, what emotions and ideas are evoked as a result of what has been observed?

How We Assign Value to Art

The word art is often used to apply judgments of value, as in expressions like "that meal was a work of art" (implying that the cook is an artist) or "the art of deception" (the advanced, praiseworthy skill of deceiving). It is this use of the word as a measure of high value that gives the term its flavor of subjectivity.

Does It Have to Be Visually Pleasing or Not?

Making judgments of value requires a basis for criticism. At the simplest level, deciding whether an object or experience is considered art is a matter of finding it to be either attractive or repulsive. Though perception is always colored by experience, and is necessarily subjective, it is commonly understood that what is not somehow visually pleasing cannot be art. However, "good" art is not always or even regularly visually pleasing to a majority of viewers. In other words, an artist's prime motivation need not be the pursuit of a pleasing arrangement of form. Also, art often depicts terrible images made for social, moral, or thought-provoking reasons. 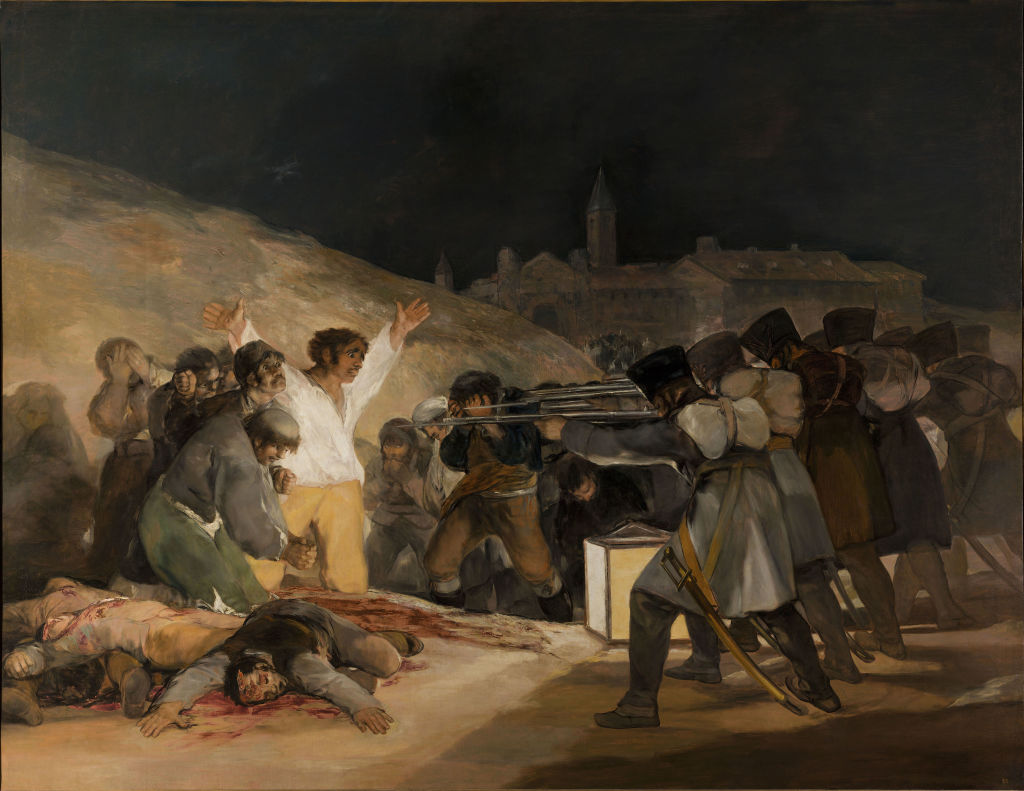 For example, the painting pictured above, by Francisco Goya, depicts the Spanish shootings on the third of May, 1808. It is a graphic depiction of a firing squad executing several pleading civilians. Yet at the same time, the horrific imagery demonstrates Goya's keen artistic ability in composition and execution, and it produces fitting social and political outrage. Thus, the debate continues as to what mode of aesthetic satisfaction, if any, is required to define "art." The revision of what is popularly conceived of as being visually pleasing allows for a re-invigoration of and a new appreciation for the standards of art itself.

Art is often intended to appeal to and connect with human emotion. It can arouse aesthetic or moral feelings, and can be understood as a way of communicating these feelings. Art may be considered an exploration of the human condition or what it is to be human.

Factors Involved in the Judgment of Art

Seeing a rainbow often inspires an emotional reaction like delight or joy. Visceral responses such as disgust show that sensory detection is reflexively connected to facial expressions and to behaviors like the gag reflex. Yet disgust can often be a learned or cultural response, too; as Darwin pointed out, seeing a smear of soup in a man's beard is disgusting even though neither soup nor beards are themselves disgusting.

Artistic judgments may be linked to emotions or, like emotions, partially embodied in our physical reactions. Seeing a sublime view of a landscape may give us a reaction of awe, which might manifest physically as increased heart rate or widened eyes. These unconscious reactions may partly control, or at least reinforce, our judgment in the first place that the landscape is sublime.

Likewise, artistic judgments may be culturally conditioned to some extent. Victorians in Britain often saw African sculpture as ugly, but just a few decades later, those same audiences saw those sculptures as being beautiful. Evaluations of beauty may well be linked to desirability, perhaps even to sexual desirability. Thus, judgments of art can become linked to judgments of economic, political, or moral value. In a contemporary context, one might judge a Lamborghini to be beautiful partly because it is desirable as a status symbol, or we might judge it to be repulsive partly because it signifies for us over-consumption and offends our political or moral values.

Judging the value of an artwork is often partly intellectual and interpretative. It is what a thing means or symbolizes for us that is often what we are judging. Assigning value to artwork is often a complex negotiation of our senses, emotions, intellectual opinions, will, desires, culture, preferences, values, subconscious behavior, conscious decision, training, instinct, sociological institutions, and other factors. Watch the video below to hear discussion on these factors in value judgement.

Watch this video on the artwork titled The Physical Impossibility of Death in the Mind of Someone Living by Damien Hirst. Consider the complexity of the interpretative experience of art and how value is assigned to an artwork.