For example, the Romans adopted the Greek pantheon of Gods and Godesses but changed their names—the Greek god of war was Ares, whereas the Roman god of war was Mars. The ancient Romans also copied ancient Greek art. However, the Romans often used marble to create copies of sculptures that the Greeks had originally made in bronze.

The ancient Greeks were the first Western culture that believed in finding rational answers to the great questions of earthly life. They assumed that there were consistent laws which governed the universe—how the stars move; the materials that compose the universe; mathematical laws that govern harmony and beauty, geometry and physics.

Both the Ancient Greeks and the Ancient Romans had enormous respect for human beings, and what they could accomplish with their minds and bodies. They were Humanists (a frame of mind which was re-born in the Renaissance). This was very different from the period following Classical Antiquity—the Middle Ages, when Christianity (with its sense of the body as sinful) came to dominate Western Europe.

When you imagine Ancient Greek or Roman sculpture, you might think of a figure that is nude, athletic, young, idealized, and with perfect proportions—and this would be true of Ancient Greek art of the Classical period (5th century B.C.E.) as well as much of Ancient Roman art.

When we study ancient Greek art, so often we are really looking at ancient Roman art, or at least their copies of ancient Greek sculpture (or paintings and architecture for that matter).

Basically, just about every Roman wanted ancient Greek art. For the Romans, Greek culture symbolized a desirable way of life—of leisure, the arts, luxury and learning.

The Popularity of Ancient Greek Art for the Romans

Greek art became popular with Roman generals began conquering Greek cities, and returned triumphantly to Rome not with the usual booty of gold and silver coins, but with works of art. This work so impressed the Roman elite that studios were set up to meet the growing demand for copies destined for the villas of wealthy Romans. The Doryphoros was one of the most sought after, and most copied Greek sculptures.

For the most part, the Greeks created their free-standing sculpture in bronze, but because bronze is valuable and can be melted down and reused, sculpture was often recast into weapons. This is why so few ancient Greek bronze originals survive, and why we often have to look at ancient Roman copies in marble (of varying quality) to try to understand what the Greeks achieved.

Why Sculptures Are Often Incomplete or Reconstructed

To make matter worse, Roman marble sculptures were buried for centuries, and very often we recover only fragments of a sculpture that have to be reassembled. This is the reason you will often see that sculptures in museums include an arm or hand that are modern recreations, or that ancient sculptures are simply displayed incomplete.

The Doryphoros (Spear-Bearer) in the Naples museum is a Roman copy of a lost Greek original.

The idea of a canon, a rule for a standard of beauty developed for artists to follow, was not new to the ancient Greeks. The ancient Egyptians also developed a canon. However, it was the Greek canon of beauty that has endured for centuries in the West. During the Renaissance, for example, Leonardo da Vinci investigated the ideal proportions of the human body with his now famous drawing of the Vitruvian Man: 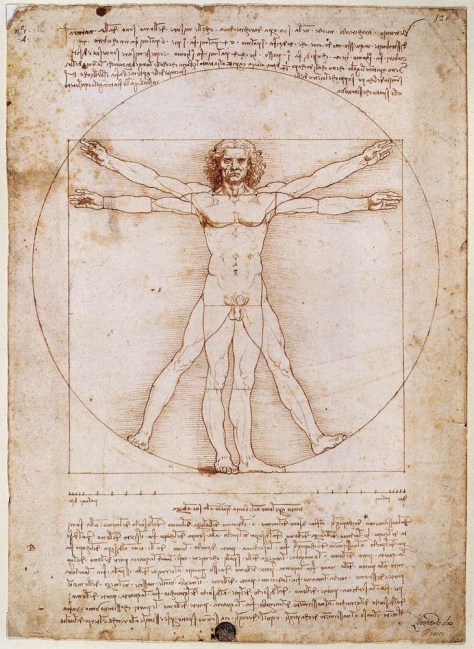 The ideal male nude has remained a staple of Western art and culture to this day, see, for example, of the work of Robert Mapplethorpe.

Polykleitos’s idea of relating beauty to ratio was later summarized by Galen, writing in the second century,

Classical architecture is dated back to ancient Greece and Rome.docx

Lecture 1 Introduction to Crime and Punishment in Ancient Greece and Rome.docx

The origins of the concept of human rights lie in ancient Greece and Rome.docx

A Visual Tour of Ancient Greece and Rome.pptx

LEGUMES IN ANCIENT GREECE AND ROME.docx

What were your impressions of ancient Greece and Rome before you began this course.docx

In ancient Greece and Rome.docx

02 Timeline of Ancient Greece and Rome.doc