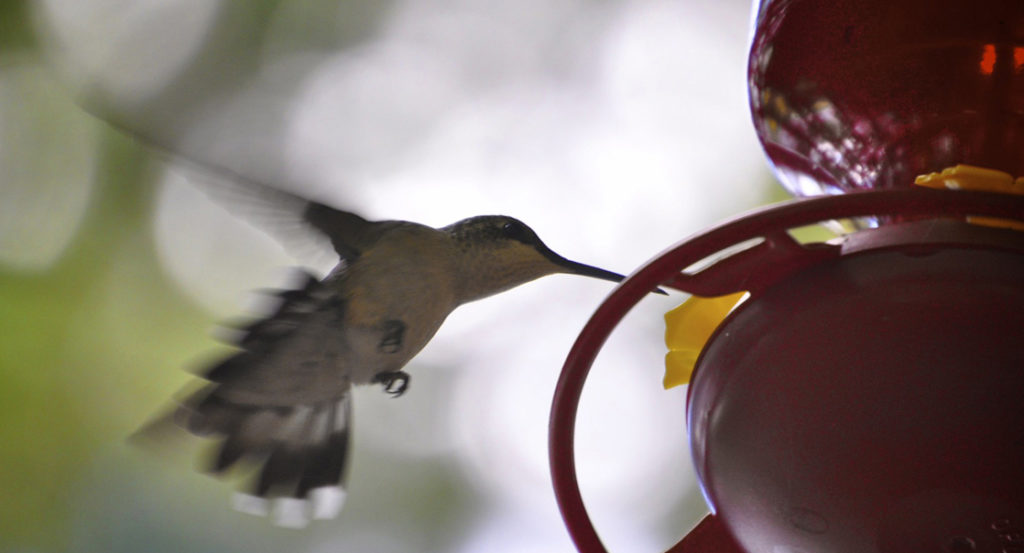 Figure 1. A hummingbird needs energy to maintain prolonged flight. The bird obtains its energy from taking in food and transforming the energy contained in food molecules into forms of energy to power its flight through a series of biochemical reactions. (credit: modification of work by Cory Zanker)

Virtually every task performed by living organisms requires energy. Energy is needed to perform heavy labor and exercise, but humans also use energy while thinking, and even during sleep. In fact, the living cells of every organism constantly use energy.

Nutrients and other molecules are imported into the cell, metabolized (broken down) and possibly synthesized into new molecules, modified if needed, transported around the cell, and possibly distributed to the entire organism. For example, the large proteins that make up muscles are built from smaller molecules imported from dietary amino acids. Complex carbohydrates are broken down into simple sugars that the cell uses for energy.

Just as energy is required to both build and demolish a building, energy is required for the synthesis and breakdown of molecules as well as the transport of molecules into and out of cells. In addition, processes such as ingesting and breaking down pathogenic bacteria and viruses, exporting wastes and toxins, and movement of the cell require energy. From where, and in what form, does this energy come? How do living cells obtain energy, and how do they use it? This chapter will discuss different forms of energy and the physical laws that govern energy transfer. This chapter will also describe how cells use energy and replenish it, and how chemical reactions in the cell are performed with great efficiency.

Syllabus for Introduction to Biology I.pdf

BIOLOGY 12A •  National University of Rwanda

2112 Introduction to Biology Assignment I (1).docx

Principles of Biology I Introduction to the Lab.pdf

BIOL 1362 •  University of the West Indies at Mona

Exam I Lecture 1 Introduction, Biology Principles, and Science of Zoology.pptx

Module I - Introduction to Cell Biology.docx

PART I INTRODUCTION TO MOLECULAR BIOLOGY OF GENES SP19.ppt

UNIT I (Cell - Introduction to Biology).pdf

STEM 2019 •  Polytechnic University of the Philippines

UNIT I Introduction to computational biology.pdf

Introduction to Biology Packet I Part I