Overview of the Skeletal System

Overview of the Musculoskeletal System

The musculoskeletal system is an organ system that enables an organism to move, support itself, and maintain stability during locomotion.

Explain the purpose of the musculoskeletal system


The musculoskeletal system (also known as the locomotor system) is an organ system that gives animals (including humans) the ability to move, using the muscular and skeletal systems. It provides form, support, stability, and movement to the body.

The musculoskeletal system is made up of the body's bones (the skeleton), muscles, cartilage, tendons, ligaments, joints, and other connective tissue that supports and binds tissues and organs together.

Its primary functions include supporting the body, allowing motion, and protecting vital organs.

The bones of the skeletal system provide stability to the body analogous to a reinforcement bar in concrete construction.

Muscles keep bones in place and also play a role in their movement. To allow motion, different bones are connected by articulating joints, and cartilage prevents the bone ends from rubbing directly onto each other. 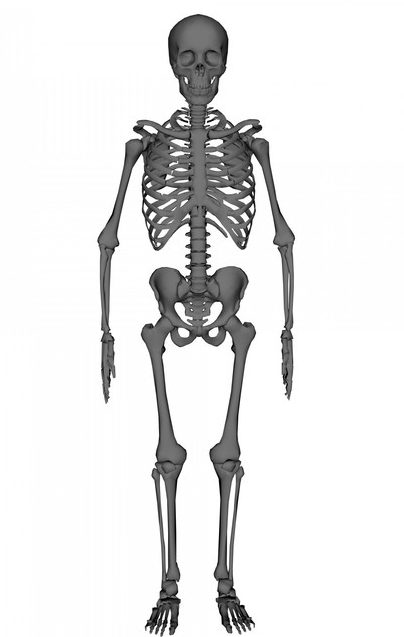 The skeletal portion of the system serves as the main storage system for calcium and phosphorus. The importance of this storage is to help regulate mineral balance in the bloodstream. When the fluctuation of minerals is high, these minerals are stored in bone; when it is low, minerals are withdrawn from the bone.

The skeleton also contains critical components of the hematopoietic (blood production) system. Located in long bones are two distinctions of bone marrow: yellow and red. The yellow marrow has fatty connective tissue and is found in the marrow cavity. In times of starvation, the body uses the fat in yellow marrow for energy.

The red marrow of some bones is an important site for hematopoeisis or blood cell production that replaces cells that have been destroyed by the liver. Here, all erythrocytes, platelets, and most leukocytes form in bone marrow from where they migrate to the circulation.

Muscles contract (shorten) to move the bone attached at the joint. Skeletal muscles are attached to bones and arranged in opposing groups around joints. Muscles are innervated—the nerves conduct electrical currents from the central nervous system that cause the muscles to contract.

Three types of muscle tissue exist in the body. These are skeletal, smooth, and cardiac muscle.

A tendon is a tough, flexible band made of fibrous connective tissue, and functions to connect muscle to bone. Joints are the bone articulations allowing movement. A ligament is a dense, white band of fibrous elastic tissue.

Ligaments connect the ends of bones together in order to form a joint. These help to limit joint dislocation and restrict improper hyperextension and hyperflexion. Also made of fibrous tissue are bursae. These provide cushions between bones and tendons and/or muscles around a joint. 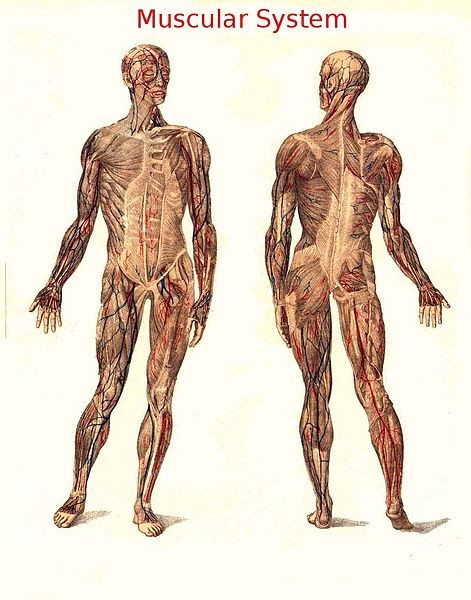 The axial skeleton functions to support and protect the organs of the dorsal and ventral cavities and serves as a surface for the attachment of muscles and parts of the appendicular skeleton.


The axial skeleton is the part of the skeleton that consists of the bones of the head and trunk of a vertebrate animal, including humans. 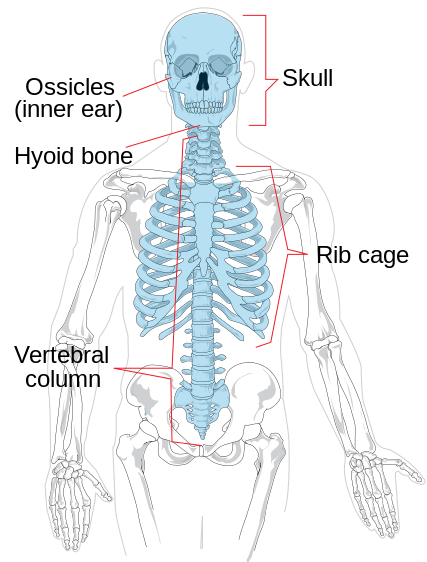 The word axial is from the word axis, and refers to how the bones of the axial skeleton are located along the central axis of the body.

The axial skeleton functions to support and protect the organs of the dorsal and ventral cavities. It also serves as a surface for the attachment of muscles and parts of the appendicular skeleton.

The human’s axial skeleton is composed of 80 bones and is the central core of the body. The primary divisions of the skeleton system are:

Bones of the Head

The human cranium consists of the flat bones of the cranium and includes the facial bones. The cranium protects the brain that is contained in the cranial vault. The cranium is formed from eight bones connected by sutures.

The immature cranium has separate plates to allow the flexibility needed for a newborn to pass through the birth canal and pelvis.

These plates fuse as the skull matures (except the mandible). The human cranium supports the structures of the face and forms the brain cavity.

The ossicles (also called auditory ossicles) consist of three bones (malleus, incus, and stapes) that are the smallest in the body. These are located in the middle ear and serve to transmit sounds from the air to the fluid-filled labyrinth.

The hyoid bone is a horseshoe-shaped bone situated in the anterior midline of the neck between the chin and the thyroid cartilage. It provides attachment to the muscles of the floor of the mouth, the tongue above, larynx below, and the epiglottis and pharynx behind.

The rib cage is composed of 25 bones that include the 12 pairs of ribs plus the sternum. It functions as protection for the vital organs of the chest, such as the heart and lungs. The rounded ends are attached at joints to the thoracic vertebrae posteriorly and the flattened ends come together at the sternum anteriorly.

The first seven pairs of ribs attach to the sternum with costal cartilage and are known as true ribs. Thelength of each rib pair increases from number one to seven. After rib seven, the size begins to decrease. The 8th through 10th ribs have noncostal cartilage that connects them to the ribs above.

The last two ribs are called floating ribs because they do not attach to the sternum or to other ribs.

There are normally thirty-three vertebrae in the human vertebral column. The upper twenty-four articulate and are unfused, the lower nine are fused. The fused vertebrae are the five in the sacrum and four in the coccyx.

The articulating vertebrae are named according regions:

The appendicular skeleton includes the skeletal elements within the limbs, as well as supporting pectoral and pelvic girdles.


The appendicular skeleton of vertebrates, including humans, consists of the bones that support and compose the appendages (for example, the arms and legs of humans). The word appendicular is the adjective of the noun appendage.

The appendicular skeleton includes the skeletal elements within the limbs, as well as supporting the pectoral and pelvic girdles.

The appendicular skeleton comprises 126 bones and is involved in locomotion and manipulation of objects in the environment. It is unfused, allowing for greater range of motion.

Divisions of the Appendicular Skeleton 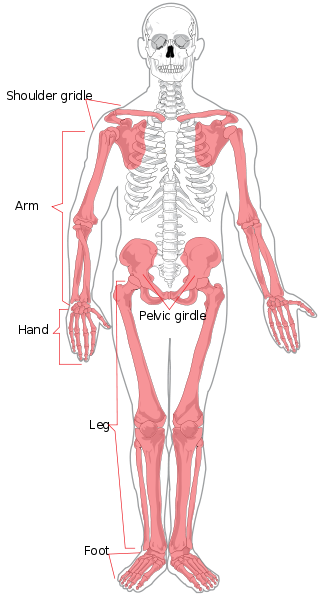 The appendicular skeleton is divided into six major regions:

The bones of the pectoral girdle consist of two bones (scapula and clavicle) and anchor the upper limb to the thoracic cage of the axial skeleton.

The three regions of the upper limb are: arm (humerus), forearm (ulna medially and radius laterally), and the hand.

The base of the hand contains eight bones (carpal bones), and the palm is formed by five bones (metacarpal bones). The fingers and thumb contain a total of 14 bones, called phalanges.

The pelvic girdle is formed by a single bone, the hip or coxal bone, and serves as the attachment point for each lower limb. Each hip bone is joined to the axial skeleton by its attachment to the sacrum of the vertebral column. The right and left hip bones attach to each other anteriorly.

The lower limb contains 30 bones and is divided into three regions, the thigh, leg, and foot. These consist of the femur, patella, tibia, fibula, tarsal bones, metatarsal bones, and phalanges.