Components of a Reflex Arc

A reflex arc defines the pathway by which a reflex travels—from the stimulus to sensory neuron to motor neuron to reflex muscle movement.

Describe the components of a reflex arc

A reflex action, also known as a reflex, is an involuntary and nearly instantaneous movement in response to a stimulus. When a person accidentally touches a hot object, they automatically jerk their hand away without thinking. A reflex does not require any thought input.

The path taken by the nerve impulses in a reflex is called a reflex arc. In higher animals, most sensory neurons do not pass directly into the brain, but synapse in the spinal cord. This characteristic allows reflex actions to occur relatively quickly by activating spinal motor neurons without the delay of routing signals through the brain, although the brain will receive sensory input while the reflex action occurs.

Most reflex arcs involve only three neurons. The stimulus, such as a needle stick, stimulates the pain receptors of the skin, which initiate an impulse in a sensory neuron. This travels to the spinal cord where it passes, by means of a synapse, to a connecting neuron called the relay neuron situated in the spinal cord.

The relay neuron in turn makes a synapse with one or more motor neurons that transmit the impulse to the muscles of the limb causing them to contract and pull away from the sharp object. Reflexes do not require involvement of the brain, although in some cases the brain can prevent reflex action.

Reflex arc: The path taken by the nerve impulses in a reflex is called a reflex arc. This is shown here in response to a pin in the paw of an animal, but it is equally adaptable to any situation and animal (including humans).

Monosynaptic refers to the presence of a single chemical synapse. In the case of peripheral muscle reflexes (patellar reflex, achilles reflex), brief stimulation to the muscle spindle results in the contraction of the agonist or effector muscle.

For example, the withdrawal reflex (nociceptive or flexor withdrawal reflex) is a spinal reflex intended to protect the body from damaging stimuli. It causes the stimulation of sensory, association, and motor neurons.

Spinal reflexes include the stretch reflex, the Golgi tendon reflex, the crossed extensor reflex, and the withdrawal reflex.

Distinguish between the types of spinal reflexes


Spinal reflexes include the stretch reflex, the Golgi tendon reflex, the crossed extensor reflex, and the withdrawal reflex.

The stretch reflex (myotatic reflex) is a muscle contraction in response to stretching within the muscle. This reflex has the shortest latency of all spinal reflexes. It is a monosynaptic reflex that provides automatic regulation of skeletal muscle length.

When a muscle lengthens, the muscle spindle is stretched and its nerve activity increases. This increases alpha motor neuron activity, causing the muscle fibers to contract and thus resist the stretching. A secondary set of neurons also causes the opposing muscle to relax. The reflex functions to maintain the muscle at a constant length.

The Golgi tendon reflex is a normal component of the reflex arc of the peripheral nervous system. The tendon reflex operates as a feedback mechanism to control muscle tension by causing muscle relaxation before muscle force becomes so great that tendons might be torn.

The sensory receptors for this reflex are called Golgi tendon receptors, and lie within a tendon near its junction with a muscle. In contrast to muscle spindles, which are sensitive to changes in muscle length, tendon organs detect and respond to changes in muscle tension that are caused by a passive stretch or muscular contraction. 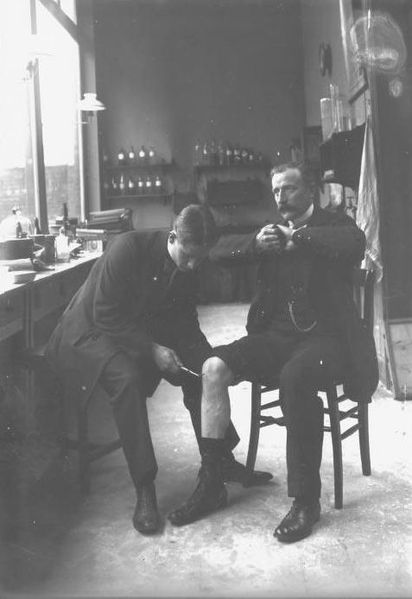 The crossed extensor reflex is a withdrawal reflex. The reflex occurs when the flexors in the withdrawing limb contract and the extensors relax, while in the other limb, the opposite occurs. An example of this is when a person steps on a nail, the leg that is stepping on the nail pulls away, while the other leg takes the weight of the whole body.

The withdrawal reflex (nociceptive or flexor withdrawal reflex) is a spinal reflex intended to protect the body from damaging stimuli. It is polysynaptic, and causes the stimulation of sensory, association, and motor neurons.

When a person touches a hot object and withdraws his hand from it without thinking about it, the heat stimulates temperature and danger receptors in the skin, triggering a sensory impulse that travels to the central nervous system. The sensory neuron then synapses with interneurons that connect to motor neurons. Some of these send motor impulses to the flexors to allow withdrawal.

Some motor neurons send inhibitory impulses to the extensors so flexion is not inhibited—this is referred to as reciprocal innervation. Although this is a reflex, there are two interesting aspects to it: 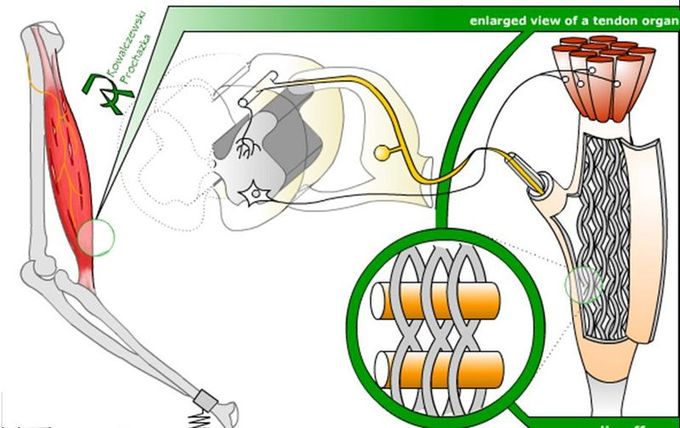 Spinal Cord and Its Associated Problems.docx

Exam q and A week 5.docx