The beginning of the 20th century saw a struggle between old schools and modernist trends in Brazilian art.

The Week of Modern Art

The beginning of the 20th century saw a struggle between old schools and modernist trends in Brazilian art. The Week of Modern Art festival, held in São Paulo in 1922, was received with fiery criticism by conservative sectors of the society, but it was a landmark in the history of Brazilian art.

The festival included plastic arts exhibitions, lectures, concerts, and readings. Due to the radicalism (for the times) of some of the poems and music, the artists were vigorously booed and pelted by the audience, and the press and art critics in general were strong in their condemnation. However, those artists are now seen as the founders of Modern art in Brazil.

During the Week of Modern Art festival, modernist literature and art theory were represented by Oswald de Andrade, Sérgio Milliet, Menotti del Picchia, and Mário de Andrade, whose revolutionary novel Macunaíma (1928) is one of the founding texts of Brazilian Modernism.

Painting was represented by Anita Malfatti, Tarsila do Amaral, Emiliano Di Cavalcanti, Vicente do Rego Monteiro; sculpture by Victor Brecheret; and music by Heitor Villa-Lobos, the leader of a new musical nationalism, among many others.

The Week of Modern Art festival not only introduced experimental tendencies derived from European Expressionism, Cubism, and Surrealism to a wider public audience, but also made the use of national folklore as a basis for an art more relevant to the Brazilian reality, with an enhanced social awareness.

However, the radicalism of those first Modernists couldn't last for long in a society used to traditional fashions, and the original core members separated to pursue individual paths by 1929. What Brazilian art then became was a mix of some important achievements of the Moderns, meaning freedom from the strict academic agenda, with more conventional traits, giving birth in the following generation to a moderate Modernism.

This new era of moderate Modernism was best exemplified by painter Cândido Portinari, who became something like the official painter of the Brazilian government in mid-century. 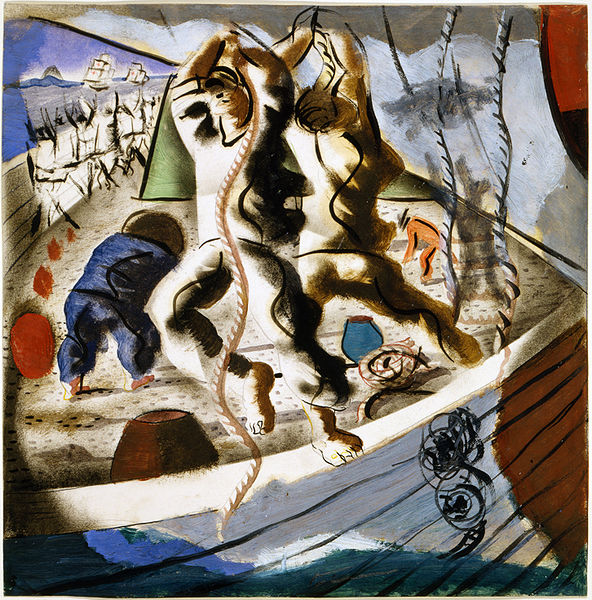 Study for the Discovery of the Land mural at the United States Library of Congress: Cândido Portinari was a prominent painter during the moderate Modernist era of the 1930s.

Brazilian Literature and Other Arts

The erosion of radical Modernism in the visual arts in the early 20th century was not reflected in Brazilian literature. Clarice Lispector wrote existentialist novels and developed a highly personal style, filled with stream-of-consciousness and epiphanies. João Guimarães Rosa changed the face of Brazilian literature with his experimental language, and the playwright Nelson Rodrigues dealt with crime, prejudice, passion, and sexual pathologies.

In the 1950s, painting and sculpture regained strength through Abstractionism, and architecture began also to display advanced features, influenced by Le Corbusier. Its greatest achievement was the urban core of Brasília, designed by urbanist Lúcio Costa and architect Oscar Niemeyer, now a World Heritage Site.

Embraer is one of Brazil�s biggest importers. Which mechanism can he.docx

ART A10 •  University of Toronto

Richness in Color_ Government Funding for the Art.pdf