During the Mesolithic period, humans developed cave paintings, engravings, and ceramics to reflect their daily lives.


The Mesolithic Period, or Middle Stone Age, is an archaeological term describing specific cultures that fall between the Paleolithic and the Neolithic Periods. While the start and end dates of the Mesolithic Period vary by geographical region, it dated approximately from 10,000 BCE to 8,000 BCE. 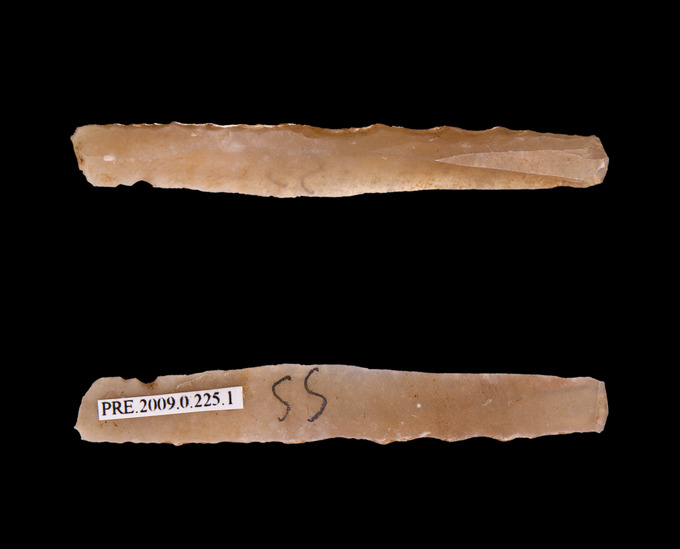 Art from this period reflects the change to a warmer climate and adaptation to a relatively sedentary lifestyle, population size, and consumption of plants—all evidence of the transition to agriculture and eventually the Neolithic period. Still, food was not always available everywhere, and Mesolithic populations were often forced to become migrating hunters and settle in rock shelters. It is difficult to find a unique type of artistic production during the Mesolithic Period, and art forms developed during the Upper Paleolithic (the latest period of the Paleolithic) were likely continued. These included cave paintings and engravings, small sculptural artifacts, and early architecture.

A number of notable Mesolithic rock art sites exist on the Mediterranean coast of Spain. The art consists of small painted figures of humans and animals, which are the most advanced and widespread surviving from this period in Europe and possibly worldwide. Notably, this collection is the largest concentration of such art in Europe. The human figure is frequently the main theme in painted scenes. When in the same scene as animals, the human runs towards them. Hunting scenes are the most common, but there are also scenes of battle and dancing, and possibly agricultural tasks and managing domesticated animals. In some scenes gathering honey is shown, most famously at Cuevas de la Araña en Bicorp. 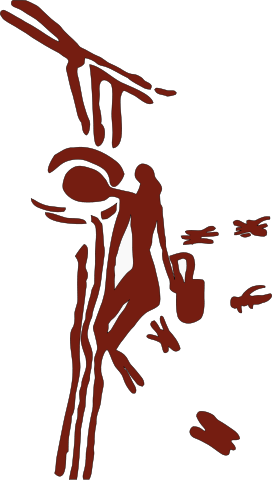 The painting known as The Dancers of Cogul is a good example of the depiction of movement in static art. In this scene, nine women are depicted, something new in art of this region, some painted in black and others in red. They are shown dancing around a male figure with abnormally large phallus, a figure that was rare if not absent in Paleolithic art. Along with humans, several animals, including a dead deer or buck impaled by an arrow or atlatl, are depicted. 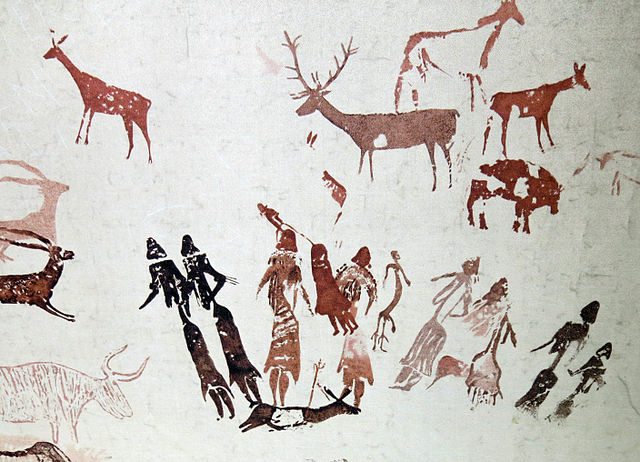 The native Mesolithic populations were slow in assimilating the agricultural way of life, starting solely with the use of ceramics . It took a thousand years into the Neolithic period before they adopted animal husbandry (which became especially important to them) and plant cultivation. When they eventually developed interest in the more fertile areas utilized by the late Danubian cultures, they compelled the Danubian farmers to fortify their settlements.

Excavation of some megalithic monuments in Britain, Ireland, Scandinavia, and France has revealed evidence of ritual activity, sometimes involving architecture, during the Mesolithic Period. One megalith (circa 9350 BCE), found submerged in the Strait of Sicily, was over 39 feet long and weighing nearly 530,000 pounds. Its purpose remains unknown. In some cases, however, megalith monuments are so far removed in time from their successors that continuity is unlikely. In other cases, the early dates or the exact character of activity are controversial.

An engraved shale pendant unearthed in Star Carr, England in 2015 is believed to be the oldest Mesolithic art form on the island of Great Britain. Engraved jewelry from this period outside of Scandinavia is extremely rare. Although the hole in the upper angle of the rock suggests that it was worn, archaeologists are currently analyzing the object to determine whether this was the case. The incised patterns are similar to those on pendants found in Denmark, which suggests contact with cultures on the continent or migration from the continent to Britain. However, these possibilities remain under investigation. 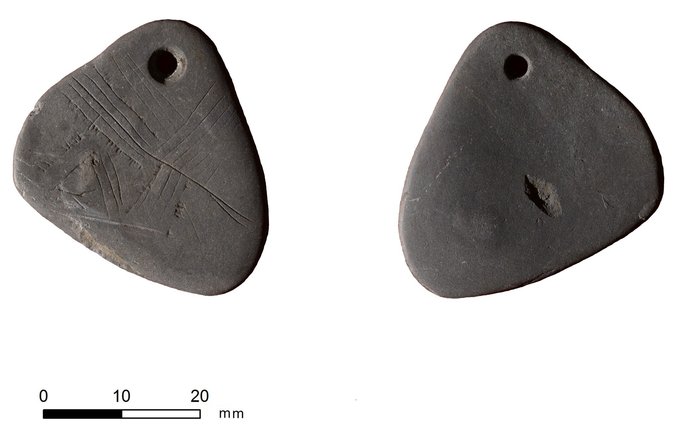 In northeastern Europe, Siberia, and certain southern European and North African sites, a "Ceramic Mesolithic" can be distinguished between 7,000-3,850 BCE. Russian archaeologists prefer to describe such pottery-making cultures as Neolithic, even though farming is absent. These pottery-making Mesolithic cultures were peripheral to the sedentary Neolithic cultures. They created a distinctive type of pottery with point or knob base and flared rims, manufactured by methods not used by the Neolithic farmers. Though each area of Mesolithic ceramics developed an individual style , common features suggest a single point of origin. The earliest manifestation of this type of pottery may have been around Lake Baikal in Siberia.