The communist economic system is one where class distinctions are eliminated and the community as a whole owns the means to production.

A communist economic system is an economic system where, in theory, economic decisions are made by the community as a whole. In reality, however, attempts to establish communism have ended up creating state-driven authoritarian economies and regimes which benefit single party political élite who are not accountable to the people or community.

Communist theory was developed by a German philosopher in the 1800s named Karl Marx. He thought that the only way to have a harmonious society was to put workers in control. This idea was established during the Industrial Revolution when many workers were treated unfairly in France, Germany, and England. 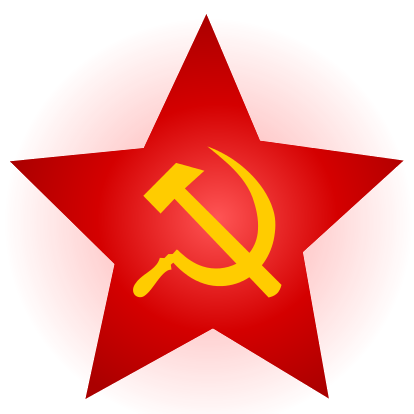 Communist Ideology: The Hammer and Sickle represents the communion of the peasant and the worker.

Marx did not want there to be a difference in economic classes and he wanted class struggle to be eliminated. His main goal was to abolish capitalism (an economic system ruled by private ownership). Marx abhorred capitalism because the proletariat was exploited and unfairly represented in politics, and because capitalism allows the bourgeoisie to control a disproportionate amount of power. Therefore, he thought that if everything was shared and owned by everyone, a worker's paradise or Utopia could be achieved.

Together with Friedrich Engel, a German economist, Marx wrote a pamphlet called the Communist Manifesto. This was published in 1848 and it expressed Marx's ideas on communism. However, it was later realized that communism did not work. Most interpretations or attempts to establish communism have ended up creating state-driven authoritarian economies and regimes which benefit single party political élite who are not accountable to the people at all.

An economy characterized by Command Planning is notable for several distinguishing features:

The Benefits of Communism

The Benefits of Communism

Theoretically, there are many benefits that can be achieved through a communist society. Communist ideology supports widespread universal social welfare. Improvements in public health and education, provision of child care, provision of state-directed social services, and provision of social benefits will, theoretically, help to raise labor productivity and advance a society in its development. Communist ideology advocates universal education with a focus on developing the proletariat with knowledge, class consciousness, and historical understanding. Communism supports the emancipation of women and the ending of their exploitation. Both cultural and educational policy in communist states have emphasized the development of a "New Man"—a class-conscious, knowledgeable, heroic, proletarian person devoted to work and social cohesion, as opposed to the antithetic "bourgeois individualist" associated with cultural backwardness and social atomization.

Other theoretically beneficial ideas characteristic of communist societies include:


The Disadvantages of Communism

Businesses under Communist system have very strict limitations as to what they can and cannot do, which can hamper productivity and innovation.

The economic and political system of Communism effectively dictates what can and cannot be done in the realm of business. There are defined limitations for the amount a business can produce and how much money it can earn.

In addition to directly controlling the means of production, Communism places strict rules as to how businesses operate in such a way that a classless society is born. No matter what field a business specializes in, the same amount of funds will be allocated to each, and each worker will receive the same amount of money. This can cause emotional unrest between workers who wish to be specially recognized for their work. It can serve to create uncomfortable conditions for workers in a society without rank or varying specialty. Finally, it can be stifling to entrepreneurial spirit, which is key to a country's economic growth and development. The U.S., a capitalistic nation, has greatly benefited from that small business and entrepreneurial atmosphere, a backdrop for the American dream. 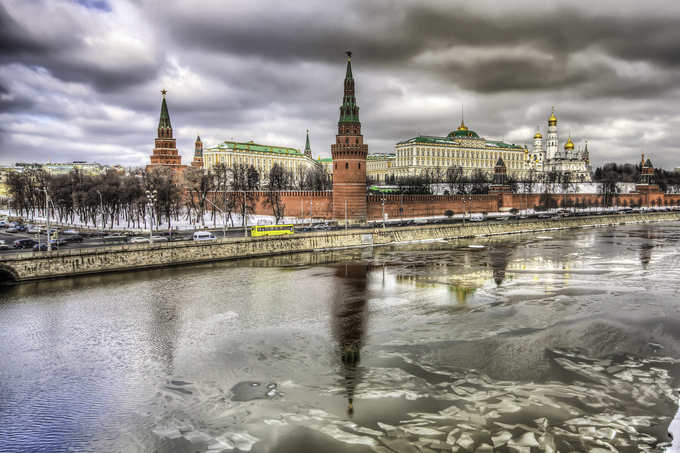 The Kremlin: Only the government has a say in production planning under a Communist system.

For the last several years, the country of Amerensia has been moving from a communist system to a mo

An Introduction to Management Boundless Business.pdf

The Functions and Goals of HR _ Boundless Business

How to Register Online Business under BIR.pdf

6_Business Under Threat, Technology Under Attack, Ethics Under Fire- The Experience Of Google In Chi

FINA 4929L •  The Hong Kong University of Science and Technology

I would start my droning business under an LLC.docx

Which of the above is not a business under companies.docx

WHAT ARE THE CONCEPTS OF 'MARKET' AND 'COMPETITION' IN BUSINESS UNDER THE CCA_.pdf

Assignment 2 - Declaration of Ceasing to Carry on Business Under a Trade Name.pdf