Recall the relationship between solubility and temperature

The solubility of a given solute in a given solvent typically depends on temperature. Many salts show a large increase in solubility with temperature. Some solutes exhibit solubility that is fairly independent of temperature. A few, such as cerium(III) sulfate, become less soluble in water as temperature increases. This temperature dependence is sometimes referred to as retrograde or inverse solubility, and exists when a salt's dissolution is exothermic; this can be explained because, according to Le Chatelier's principle, extra heat will cause the equilibrium for an exothermic process to shift towards the reactants. 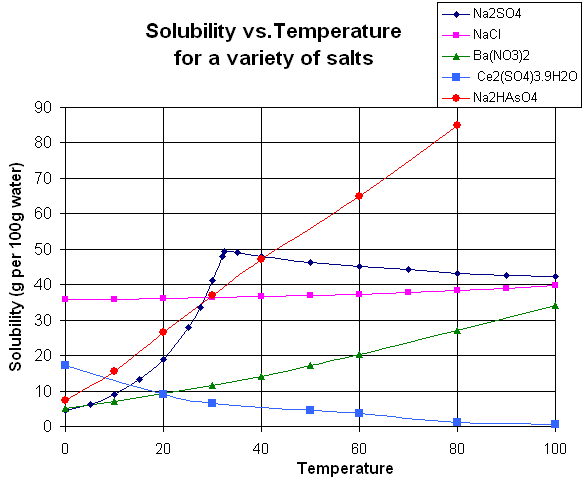 A useful application of solubility is recrystallizaton. During recrystallization, an impure substance is taken up in a volume of solvent at a temperature at which it is insoluble, which is then heated until it becomes soluble. The impurities dissolve as well, but when the solution is cooled, it is often possible to selectively crystallize, or precipitate, the desired substance in a purer form.

Recall the relationship between gas solubility and temperature 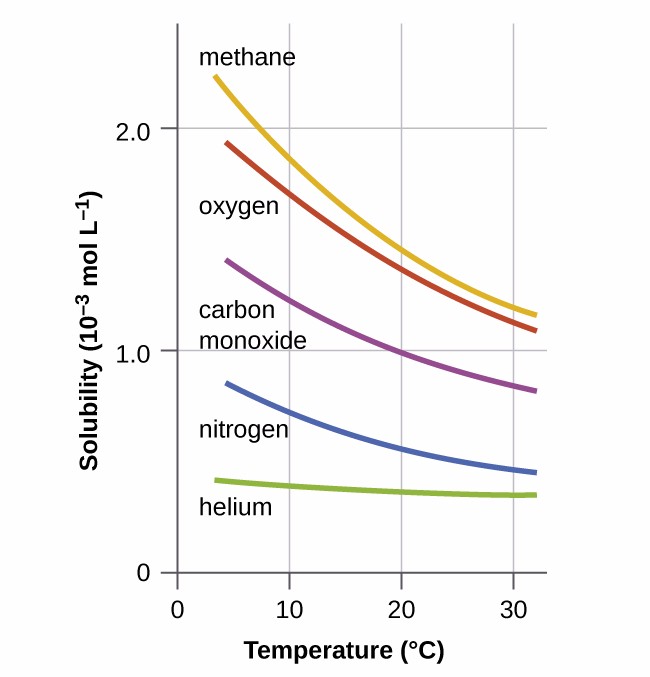 Solubilities of Gases in Water: Methane, oxygen, carbon monoxide, nitrogen, and helium all have different solubilities in water, but all of them become less soluble with increasing temperature.

When the temperature of a river, lake, or stream is raised abnormally high, usually due to the discharge of hot water from some industrial process, the solubility of oxygen in the water is decreased.

Because fish and other organisms that live in natural bodies of water can be sensitive to the concentration of oxygen in water, decreased levels of dissolved oxygen may have serious consequences for the health of the water’s ecosystems. In severe cases, temperature changes can result in large-scale fish kills.

Increasing pressure will increase the solubility of a gas in a solvent.

Recognize the relationship between pressure and the solubility of a gas

The Effect of Pressure on Solubility

For solids and liquids, known as condensed phases, the pressure dependence of solubility is typically weak and is usually neglected in practice. However, the solubility of gases shows significant variability based on pressure. Typically, a gas will increase in solubility with an increase in pressure. This effect can be mathematically described using an equation called Henry's law.

When a gas is dissolved in a liquid, pressure has an important effect on the solubility. William Henry, an English chemist, showed that the solubility of a gas increased with increasing pressure. He discovered the following relationship:

In this equation, C is the concentration of the gas in solution, which is a measure of its solubility, k is a proportionality constant that has been experimentally determined, and Pgas is the partial pressure of the gas above the solution. The proportionality constant needs to be experimentally determined because the increase in solubility will depend on which kind of gas is being dissolved. 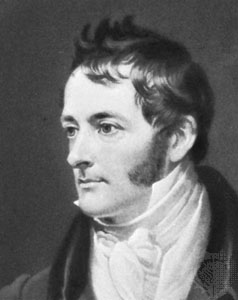 William Henry: The discoverer of Henry's law, which states that the solubility of a gas in a solvent is directly proportional to the pressure of the gas.

There are some things to remember when working with this law:

If 2.5 atm of pressure is applied to a carbonated beverage, what is the concentration of the dissolved CO2, given k = 29.76
Matm​
for CO2?

Solving for C, we find that the concentration of the dissolved CO2 is 0.088 M.

In order for deep-sea divers to breathe underwater, they must inhale highly compressed air in deep water, resulting in more nitrogen dissolving in their blood, tissues, and joints. If a diver returns to the surface too rapidly, the nitrogen gas diffuses out of the blood too quickly, causing pain and possibly death. This condition is known as "the bends."

To prevent the bends, a diver must return to the surface slowly, so that the gases will adjust to the partial decrease in pressure and diffuse more slowly. A diver can also breathe a mixture of compressed helium and oxygen gas, since helium is only one-fifth as soluble in blood as nitrogen.

Underwater, our bodies are similar to a soda bottle under pressure. Imagine dropping the bottle and trying to open it. In order to prevent the soda from fizzing out, you open the cap slowly to let the pressure decrease. On land, we breathe about 78 percent nitrogen and 21 percent oxygen, but our bodies use mostly the oxygen. When we're underwater, however, the high pressure of water surrounding our bodies causes nitrogen to build up in our blood and tissues. Like in the case of the bottle of soda, if we move around or come up from the water too quickly, the nitrogen will be released from our bodies too quickly, creating bubbles in our blood and causing "the bends." 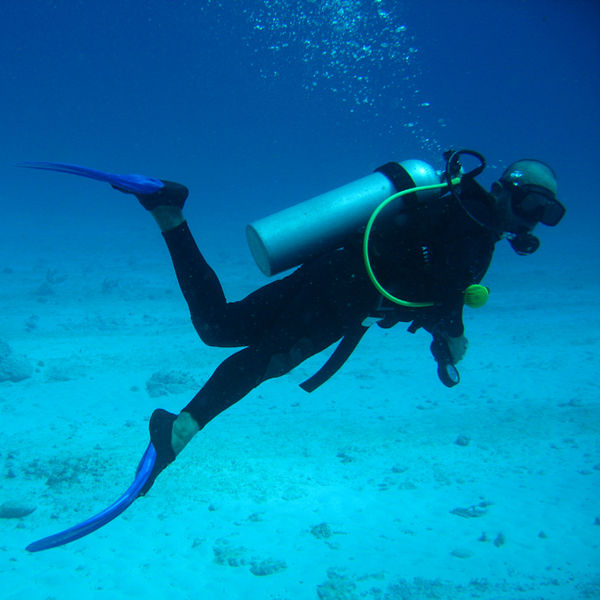 Scuba diver: Solubility and pressure are very relevant to scuba divers, who are susceptible to "the bends." As divers swim deeper, the pressure increases the amount of nitrogen dissolved in their blood. Unless they ascend slowly, the nitrogen can diffuse out of their blood too quickly, causing pain and even death.

Heat of Solution from Measurements of Solubility.edited.docx

Heat of Solution from Measurements of Solubility.docx

FINDING THE EFFECT OF TEMPERATURE ON SOLUBILITY OF SUGAR IN WATER.docx

PHARMACY 111 •  Our Lady of Fatima University

Experiment 5: Determination of the KSP and standard thermodynamic parameters for dissolving Ca(OH)2