Persuasion encourages a person to behave in a certain manner, or embrace a point of view related to specific values, attitudes, and beliefs.

Identify the strengths of Eisenhower's persuasive speech about military spending

The main purpose of persuasive speaking is to change, reinforce, or instill the attitudes, beliefs, and values of the audience. There are no formal rules on what topics, formats, or viewpoints qualify as persuasion. However, most persuasive speeches are based on policies that require the acknowledgement and support of governments, public bodies, organizations, and constituents. 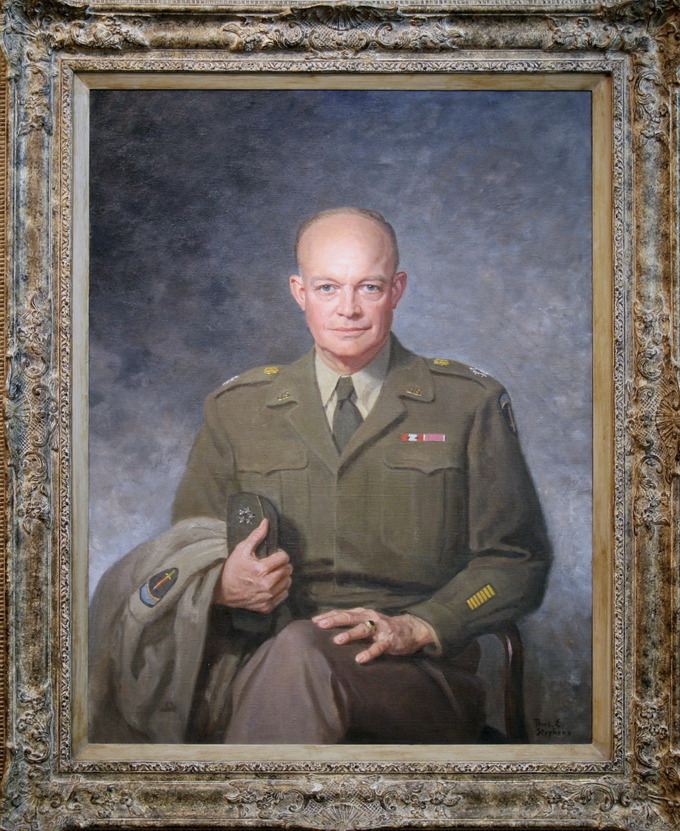 Power of Persuasion: President Eisenhower attempted to change prevailing attitudes on the cost of an arms race in his speech "Chance for Peace."

Just three months into his presidency, U.S. President Dwight D. Eisenhower delivered the speech entitled "Chance for Peace" on April 16th, 1953. The speech was given shortly after the death of Soviet dictator Joseph Stalin. In his speech, Eisenhower likened arms spending to stealing from the people, using similes, and spoke against increased military spending in spite of continued tensions and rivalry with the Soviet Union.

The following is an excerpt from Eisenhower's address:


Every gun that is made, every warship launched, every rocket fired signifies, in the final sense, a theft from those who hunger and are not fed, those who are cold and are not clothed.

This world in arms is not spending money alone. It is spending the sweat of its laborers, the genius of its scientists, the hopes of its children. The cost of one modern heavy bomber is this: a modern brick school in more than 30 cities. It is two electric power plants, each serving a town of 60,000 population. It is two fine, fully equipped hospitals. It is some fifty miles of concrete pavement. We pay for a single fighter with a half-million bushels of wheat. We pay for a single destroyer with new homes that could have housed more than 8,000 people.... This is not a way of life at all, in any true sense. Under the cloud of threatening war, it is humanity hanging from a cross of iron.

Eisenhower attempted to sway his audience by describing what was at stake--exorbitant spending, wasted worker talent, unsafe borders--if the United States pursued an arms race. Although his speech is often described as one of the greatest persuasive speeches of modern times, the large peacetime military budgets established during his administration have continued for half a century.

You can listen to the full audio of Eisenhower's speech here: