The Tragedy of the Commons

The tragedy of the commons is the overexploitation of a common good by individual, rational actors.

Describe the tragedy of the commons

Common goods are goods that are rivalrous and non-excludable. This means that anyone has access to the good, but that the use of the good by one person reduces the ability of someone else to use it. A classic example of a common good are fish stocks in international waters; no one is excluded from fishing, but as people withdraw fish without limits being imposed, the stocks for later fishermen are potentially depleted.

The tragedy of the commons is the depletion of a common good by individuals who are acting independently and rationally according to each one's self-interest. Consider, the example of fish in international waters. Each individual fisherman, acting independently, will rationally choose to catch some of the fish to sell. This makes sense: there is a resource that the fisherman is able to use to generate a profit. However, when a lot of fishermen, all thinking this way, catch the fish, the total stock of fish may be depleted. When the stock of fish is depleted, none of the fishermen are able to continue fishing, even though, in the long run, each fisherman would have preferred that the fish not be depleted. The tragedy of the commons describes such situations in which people withdraw resources to secure short-term gains without regard for the long-term consequences.

Not all common goods, however, suffer from the tragedy of the commons. If individuals have enlightened self-interest, they will realize the negative long-term effects of their short-term decisions. This would be the same as the fishermen realizing that they should limit their fishing to preserve the stock of fish in the long-term.

In the absence of enlightened self-interest, the government may step in and impose regulations or taxes to discourage the behavior that leads to the tragedy of the commons. This would be like the government imposing limits on the amount of fish that can be caught. 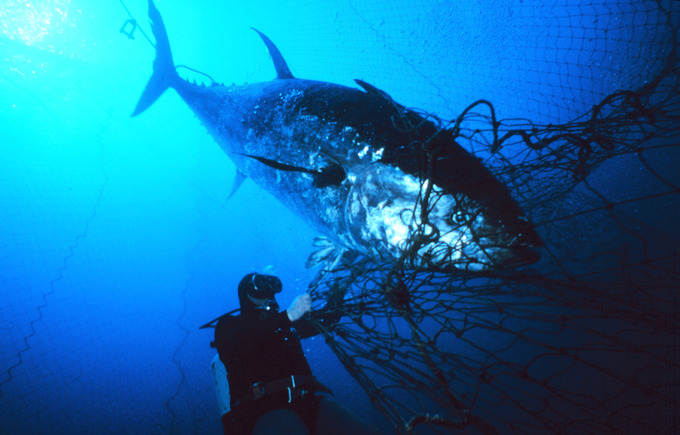 Bluefin Tuna Caught in Net: Fish populations are at risk of becoming fully extinct due to overfishing. The Food and Agriculture Association estimated 70% of the world's fish species are either fully exploited or depleted.

The free-rider problem is when individuals benefit from a public good without paying their share of the cost. 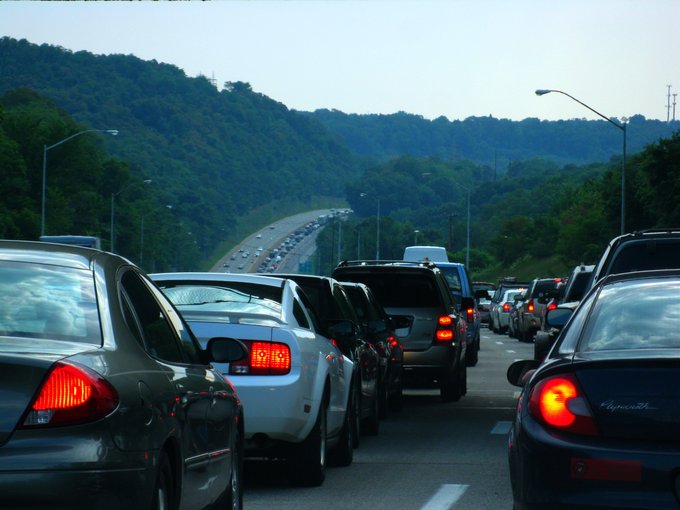 Roads: Free riders are able to use roads without paying their taxes because roads are a non-excludable public good.

Since public goods are non-excludable, free-riders not only can't be prevented from using the good, but actually have an incentive to continue to free-ride. If they will be able to use the public good whether they pay their share of the costs, they might as well not pay.

Take the military, for example. National security is a public good: it is both non-rivalrous and non-excludable. In order to have such a public good, everyone pays taxes which are then used by the government to finance the military. However, there are undoubtedly people who have not paid their taxes. These people, without having paid their share of the cost of having a military, still benefit from the protection the military provides. They are free-riders.

Of course, there are commonly regulations that attempt to discourage free-riding. For government-provided public goods, the government makes sure that everyone pays their share of the costs by enforcing tax laws. The threat of fines or jail time are enough of a threat that most people find it more appealing (in the US, at least) to pay their share of public goods via taxes than to free-ride.