Periodic performance assessments help a team identify areas for improvement so it can better achieve its goals.

The way team members function as a group is as important to the team's success as the quality of what it produces. Because how they work together is so important to achieving the team's goals, members need to be attentive to how they interact and collaborate with each other. Periodic self-assessments that consider the team's progress, how it has gotten there, and where it is headed allow the team to gauge its effectiveness and take steps to improve its performance.

To assess its performance, a team seeks feedback from group members to identify its strengths and its weaknesses. Feedback from the team assessment can be used to identify gaps between what it needs to do to perform effectively and where it is currently. Once they have identified the areas for improvement, members of the team and others (such as managers) can develop a plan to close the gaps.

A team can gather the necessary data by holding a meeting in which members discuss what has gone well and what they would like to change about how they work together. It can be beneficial to have a non–team member such as a supervisor or a member of the human resources department solicit opinions through a brief written survey. The team can then use the results as a starting point for its discussion.

Poor communication and conflict can disrupt a team's performance, and sometimes these disruptions are caused by personality clashes between members. Another type of team assessment involves using diagnostic tests to identify the dominant personality traits of each member. Characteristics such as being an extrovert or an introvert can shape how people prefer to work and communicate. Having an understanding of personality differences among team members can prove useful for changing how they interact with each other.

Accountability is the acknowledgment and assumption of responsibility for actions, products, decisions, and policies.

Illustrate the concept of accountability in a team-based work environment

Accountability is the acknowledgment and assumption of responsibility for actions, products, and decisions. In a management context, accountability explicitly identifies who is responsible for ensuring that outcomes meet goals and creates incentives for success.

For teams in particular, accountability means that all members share responsibility for their collective output and for their success in achieving their goals. Because teamwork is organized at the collective level rather than on a per-person basis, its results are the sum of each member's efforts. Organizations often use team-based rewards to hold teams accountable for their work.

Accountability for team members also implies that individuals have a responsibility to each other to complete tasks and contribute to the group effort. One benefit of teamwork is the mutual support and assistance that team members can provide each other. A sense of accountability to the team creates an incentive for individuals to provide help when needed. Since team tasks are interdependent, the quality of one person's work affects that of the others. Teams use norms and other forms of social pressure to hold one another accountable.

For accountability to work, teams need to have the resources, skills, and authority to do what they are being held responsible for. If leaders expect teams to accept the blame for failing to achieve an assigned goal, they should ensure that success is within the team's reach. For this reason, the choices made about goal-setting, team composition, and process design have a direct effect on the degree of responsibility a team can assume for its performance. 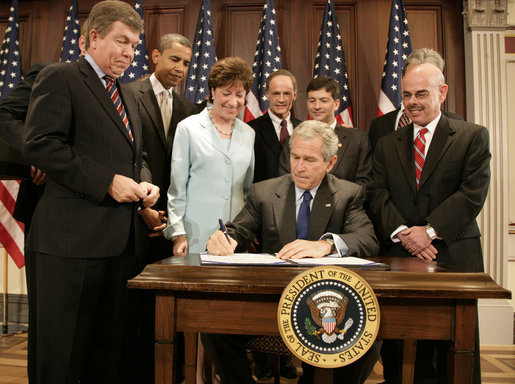 Government accountability: Governing authorities have the obligation to report, explain, and answer for resulting consequences of their actions.


Team size and composition affect team processes and outcomes. The optimal size and composition of teams depends on the scope of the team's goals. With too few people, a team will not have the resources and skills it needs to complete its tasks. Too many members can make communication and coordination difficult and lead to poor team performance.

Research shows that teams perform best with between five and nine members. Dr. Meredith Belbin did extensive research on teams prior to 1990 in the UK that suggested that the optimum team size is eight roles plus a specialist as needed. Fewer than five members resulted in decreased perspectives and diminished creativity. Membership in excess of twelve resulted in increased conflict and greater potential of subgroups forming that can disrupt team cohesion.

The mix of knowledge and expertise on a team is also important. Individuals should be selected for teams so that as a whole the group has all the expertise needed to achieve its goals. For this reason, cross-functional teams may be larger than groups formed to work on less complex activities. Similarly, a task force charged with making recommendations in a short time frame would benefit from having fewer members.

Teams benefit from similarities in background among members, which can reduce conflict and miscommunication. Having fewer differences can also reduce the amount of time a team takes to become an effective working group since there is less need to adjust individual work styles. On the other hand, more diversity in skills and experience brings broader perspectives and different approaches to the team's work. Having members with different skill sets also reduces redundancies and allows for the more efficient assignment of people to various teams.

Team building is an approach to helping a team become an effective performing unit.


Team building refers to a wide range of activities intended to help a team become an effective performing unit. To achieve this, team building aims to increase team members' awareness and understanding of their working relationships by focusing on their interactions with each other. The purpose is to create a cohesive group from a set of individuals and avoid common pitfalls that can undermine a team, such as conflict, miscommunication, and lack of trust.

Team-building activities require the participation of all team members. These often take place when a team is first created and can include activities such as the team working on a brief exercise to begin the process of collaboration or individuals simply introducing themselves. Sometimes organizations use more intensive and time-consuming activities such as off-site, day-long retreats with an agenda that can include interpersonal bonding exercises, simulations, personality and communication style assessments, and group-dynamics games. The human resources department may coordinate team building, though sometimes companies hire consultants or trainers skilled in facilitating those types of activities.

A team can also benefit from team building after its work has begun. Sometimes teams recognize that members are missing abilities that make collaboration easier, such as problem solving or conflict-resolution skills. Training sessions that address these deficiencies build the team's ability to work together. After people have been working together for a while, social norms can develop that interfere with a team's performance. Individuals might be afraid to challenge decisions if it has become unacceptable to question a team's leader, or work habits such as tardiness to meetings may have become commonplace. A discussion among team members creates an opportunity to address factors that are standing in the way of their working together effectively.

The Forming–Storming–Norming–Performing model of group development was first proposed by Bruce Tuckman in 1965.

Evaluate each of the stages in team development for opportunities, threats and strategy


Teams move through a series of stages, beginning when they are formed and ending when they are disbanded. Bruce Tuckman identified four distinct phases of team development: forming, storming, norming, and performing. Each has a primary purpose and a common set of interpersonal dynamics among team members. Tuckman proposed that all are inevitable and even necessary parts of a successful team's evolution.

The first step in a team's life is bringing together a group of individuals. Individuals focus on defining and assigning tasks, establishing a schedule, organizing the team's work, and other start-up matters. In addition to focusing on the scope of the team's purpose and how to approach it, individuals in the formation stage are also gathering information and impressions about each other. Since people generally want to be accepted by others, during this period they usually avoid conflict and disagreement. Team members may begin to work on their tasks independently, not yet focused on their relationships with fellow team members. 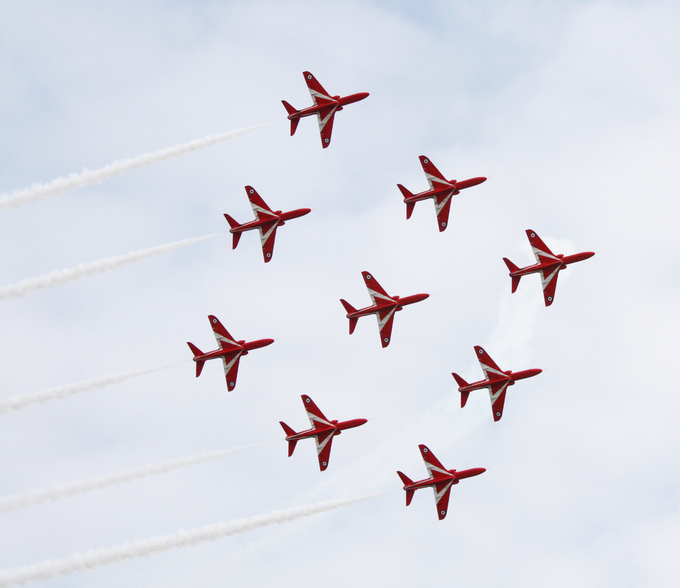 Jets in formation: All teams go through a life-cycle of stages, identified by Bruce Tuckman as: forming, storming, norming, and performing.

Once their efforts are under way, team members need clarity about their activities and goals, as well as explicit guidance about how they will work independently and collectively. This leads to a period known as storming—because it can involve brainstorming ideas and also because it usually causes disruption. During the storming stage members begin to share ideas about what to do and how to do it that compete for consideration. Team members start to open up to each other and confront one another's ideas and perspectives.

Because storming can be contentious, members who are averse to conflict will find it unpleasant or even painful. This can decrease motivation and effort by drawing attention away from tasks. In some cases storming (i.e., disagreements) can be resolved quickly. Other times a team never leaves this stage and becomes stuck and unable to do its work. Patience and consideration toward team members and their views go a long way toward avoiding this.

Successfully moving through the storming stage means that a team has clarified its purpose and strategy for achieving its goals. It now transitions to a period focused on developing shared values about how team members will work together. These norms of collaboration can address issues ranging from when to use certain modes of communication, such as e-mail versus telephone, to how team meetings will be run and what to do when conflicts arise. Norms become a way of simplifying choices and facilitating collaboration, since members have shared expectations about how work will get done.

Once norms are established and the team is functioning as a unit, it enters the performing stage. By now team members work together easily on interdependent tasks and are able to communicate and coordinate effectively. There are fewer time-consuming distractions based on interpersonal and group dynamics. For this reason, motivation is usually high and team members have confidence in their ability to attain goals.

While these four stages—forming, storming, norming, and performing—are distinct and generally sequential, they often blend into one another and even overlap. A team may pass through one phase only to return to it. For example, if a new member joins the team there may be a second brief period of formation while that person is integrated. A team may also need to return to an earlier stage if its performance declines. Team-building exercises are often done to help a team through its development process.