According to trait leadership theory, effective leaders have in common a pattern of personal characteristics that support their ability to mobilize others toward a shared vision. These traits include dimensions of personality and motives, sets of skills and capabilities, and behavior in social relationships. Using traits to explain effective leadership considers both characteristics that are inherited and attributes that are learned. This approach has been used to differentiate leaders from non-leaders. Understanding the importance of these traits can help organizations select, train, and develop leaders.

Following studies of trait leadership, most leader traits can be organized into four groups:

Zaccoro and others (2004) introduced a model of leadership that categorized and specified six types of traits that influence leader effectiveness. The model rests on two basic premises about leadership traits. The first premise states that effective leadership derives not from any one trait, but from an integrated set of cognitive abilities, social capabilities, and dispositional tendencies, with each set of traits adding to the influence of the other. The second premise maintains that the traits differ in how directly they influence leadership. The premise suggests that distal attributes (such as dispositional attributes, cognitive abilities, and motives/values) come first and then lead to the development of proximal characteristics. This model contends the following traits are correlated with strong leadership potential: extroversion, agreeableness, conscientiousness, openness, neuroticism, honesty, charisma, intelligence, creativity, achievement motivation, need for power, communication skills, interpersonal skills, problem-solving skills, decision-making skills, technical knowledge, and management skills.

Honesty in Leadership: Kouzes and Posner

Kouzes and Posner identify five behaviors of effective leadership, with honesty essential to each.


Leadership is the ability to motivate people and mobilize resources to accomplish a common goal. In leadership, honesty is an important virtue, as leaders serve as role models for their subordinates. Honesty refers to different aspects of moral character. It indicates positive and virtuous attributes such as integrity, truthfulness, and straightforwardness. These characteristics create trust, which is critical to leaders in all positions. Honesty also implies the absence of lying, cheating, or theft.

Subordinates have faith in the leaders they follow. A leader who is not honest will lose legitimacy in the eyes of followers. Integrity and openness are essential to developing trust, and without honesty a leader cannot gain and maintain the trust needed to build commitment to a shared vision.

Leadership experts Jim Kouzes and Barry Posner find honesty to be the most important trait of effective leaders. In its absence, leaders lack credibility, and their ability to influence others is diminished. Honesty also brings a degree of transparency to a leader's interaction with others.

For Kouzes and Posner, honesty is a critical element of the five behaviors of effective leaders. 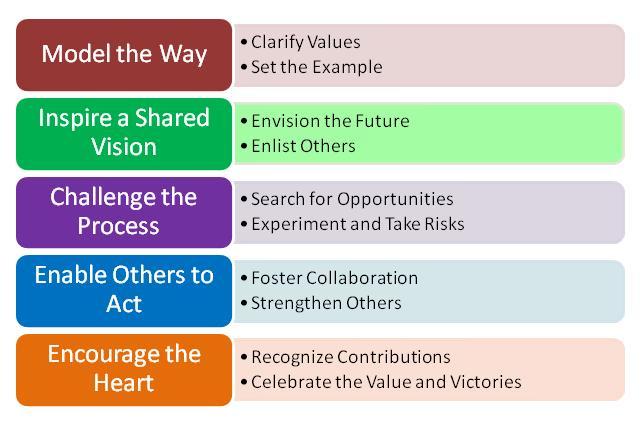 Five behaviors of effective leaders: This model was created by Kouzes and Posner to emphasize vital leadership practices.

In summary, leaders are tasked with balancing the organizational strategies of management with the social elements of leading. This requires leaders to be in tune with their employees' emotions and concerns in a meaningful and honest way. Effective leaders set strong behavioral examples while communicating their vision to inspire employees. The need for honesty is woven throughout the primary activities of effective leaders.

Studies on the role of gender in leadership success show mixed results.

Discuss the relationship between gender and leadership behavior


In many areas of society, men have long dominated leadership positions. This dominance was especially apparent in business, where female members of boards of directors and corporate executives had been scarce. Over the past three decades, however, women have entered more leadership positions throughout industry. The trend has provided an opportunity to examine differences in how men and women perform in the role of leaders. 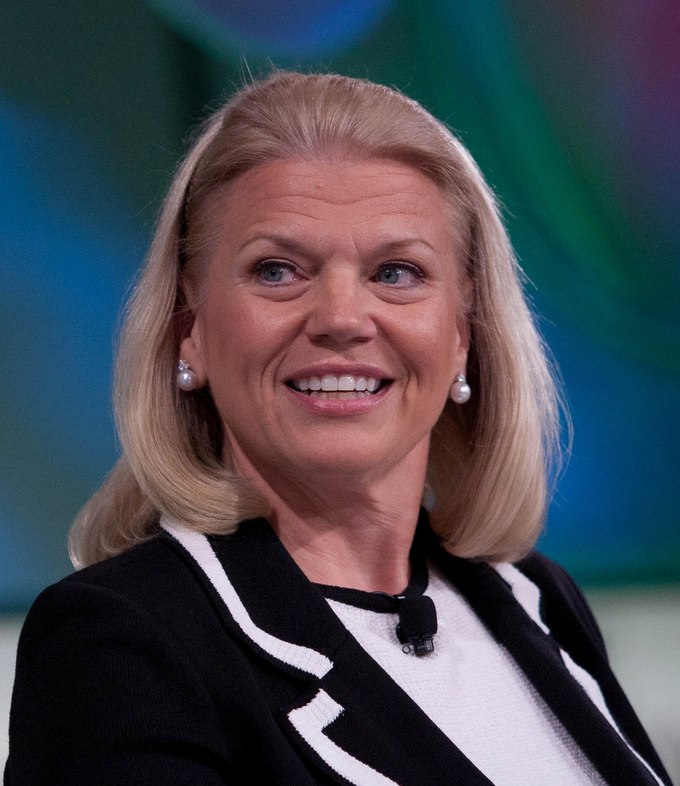 Virginia Rometty, CEO of IBM: As CEO of one of the largest companies in the U.S., Virginia Rometty is in a highly influential and visible leadership role.

Research reveals small but significant differences in the way men and women are perceived in leadership roles, their effectiveness in such positions, and their leadership styles. Studies conducted in the 1980s and early 1990s found that women adopt participative styles of leadership and were more often transformational leaders than men, who more commonly adopted directive, transactional styles. Women in management positions tend to demonstrate the importance of communication, cooperation, affiliation, and nurturing more than do men in the same positions. The studies also showed men as more goal- and task-oriented and less relationship- and process-focused than women.

Nonetheless, studies demonstrating distinct leadership styles between men and woman do not represent the final word. Other research has found limited evidence for significant differences between the behaviors of male and female leaders. In 2011, Anderson and Hanson found differences in decision-making styles, but none linked directly to differences in leadership effectiveness. They found no distinction in types or degree of motivation or in leadership styles overall. Other studies show similar results, challenging the notion that leaders' sex shapes their performance as a leader. Management guru Rosabeth Moss Kanter studied men and women in a large corporation and found that differences in their behavior resulted not from gender but from organizational factors. In Kanter's study, men and women, given the same degree of power and opportunity, behaved in similar ways.

The GLOBE Research Project is an international group of social scientists and management scholars who study cross-cultural leadership.


Under the Global Leadership and Organizational Behavior Effectiveness (GLOBE) Research Project, an international group of social scientists and management scholars studied cross-cultural leadership. In 1993, Robert J. House founded the project at the University of Pennsylvania. The project looked at 62 societies with different cultures, which were studied by researchers working in their home countries. This international team collected data from 17,300 middle managers in 951 organizations. They used qualitative methods to assist their development of quantitative instruments. The research identified nine cultural competencies and grouped the 62 countries into ten geographic clusters, including Latin American, Nordic European, Sub-Saharan, and Confucian Asian.

The GLOBE project identified nine cultural dimensions, called competencies, with which the leadership approaches within geographic clusters can be compared and contrasted:

Following extensive review of the research, GLOBE participants grouped leadership characteristics into six dimensions. Researchers then made recommendations about how dimensions of culture and leadership could distinguish behavior in one country or culture from another.

Known as the six GLOBE dimensions of culturally endorsed implicit leadership, these leadership dimensions include:

Some elements of culture and management thought.pdf