The Role of Third Parties

American politics operate as a two-party system, and third party candidates do not play a major role in elections.

Describe how and why third parties form, their key successes, and hurdles to still further success


American politics operate on a two-party system, meaning that two major political parties dominate voting in most elections and consequently dominate elected offices. In modern United States elections, the two major parties are the Democratic and Republican parties. These parties are associated with liberal and conservative views respectively, and nearly all elected officials are affiliated with one of the two. Campaign endorsements, funding, and resources are allocated to candidates on the basis of nomination by one of these two parties.

Although the American political structure has consistently been a two-party system, third parties occasionally influence elections, and third party candidates sometimes obtain elected positions. "Third party" technically refers to the third largest party in a two-party system, but in the U.S. it generally refers to any party running in an election other than the major two. Many third parties have gained some traction throughout American history — at one point, the Socialist Party held 600 mayoral offices, and Theodore Roosevelt obtained a signifiant number of votes in his presidential bid as the Progressive Party candidate in 1912. Today, the largest three "third parties" as measured by the number of registered voters affiliated with them are the Libertarian Party, the Green Party, and the Constitution Party. None of them hold a substantial number of public offices.

There are numerous logistical reasons third parties have not been more successful in the U.S. (as they have been in other democratic countries), including the country's election structure, ballot rules, and debate rules. American elections are structured as "winner-take-all" votes — in other words, regardless of the margin of victory, the candidate that wins the popular vote attains office while the runner-up does not gain representation. This system is in contrast to proportional representation systems, in which parties are allocated representation based on the proportion of the popular vote they receive. With regards to ballot access, candidates for major elections, such as presidential elections, must meet state-determined criteria to be included on election ballots. Ballot access laws often mandate that candidates pay large fees or collect a large number of signatures to be listed, which often restricts the ability of third party candidates to be put on the ballot. Lastly, since the onset of televised presidential debates in the 1960s, with only a couple of exceptions, third party candidates have been barred from participation. This policy limits their ability to publicize their views and gain a following among the electorate. 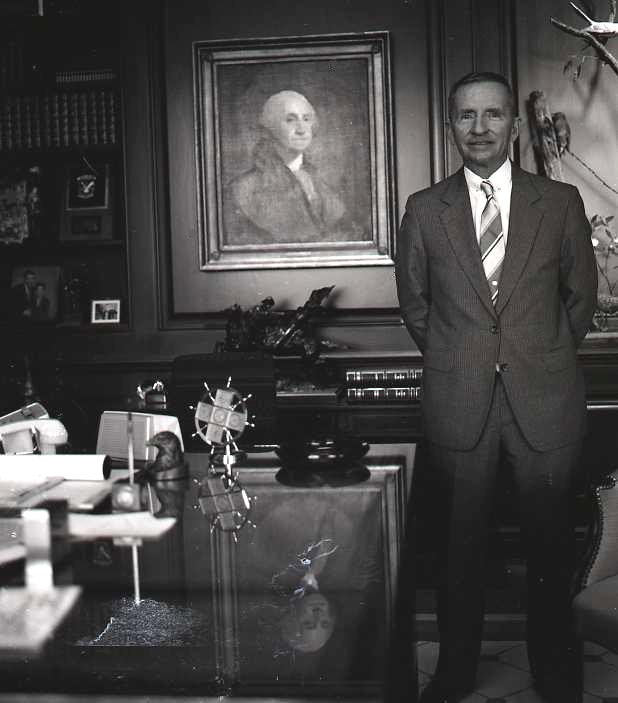 Ross Perot: Ross Perot is the last third party presidential candidate to gain a substantial number of votes in the general election.

Third party politicians tend to be more ideological than Republicans or Democrats because they do not have to play to the American middle.


America's democratic system is predominantly a two party system. This means that two major political parties dominate in most elections and consequently dominate elected office. Currently, the two major American parties are the Democratic and Republican parties, although the top two parties change over time. A third party is any party that supports a candidate for election other than the two major political parties; at the current moment, a third party would be any party other than the Democratic and Republican parties. Though third parties represent a very small fraction of Americans participating in politics, they do influence elections by drawing votes away from either of the two main parties. Third parties tend to be more ideological and extremist than the Democrats or Republicans. Since third party candidates do not have a legitimate chance of winning national election given the structure of the current system, most third parties do not tend to try to pursue moderate voters and instead stay close to their ideological roots. 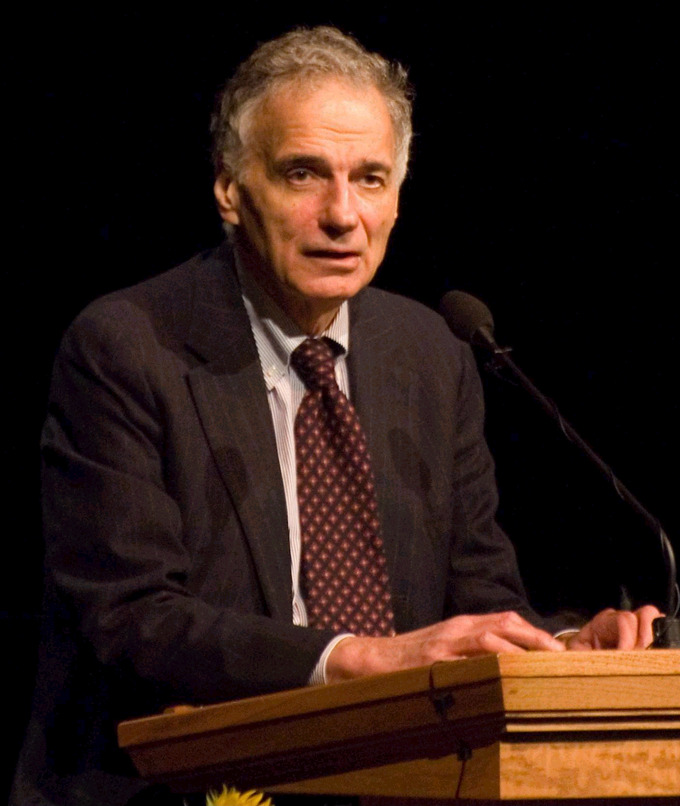 Third Party Candidates: Ralph Nader, the Green Party candidate, is accused of "stealing" votes away from Al Gore, a Democrat, in the 2000 election.

The three main third parties are the Libertarian Party, the Green Party, and the Constitution Party. All have over 100,000 registered voters. However, even as these parties are the largest of the third parties, they represent only a fraction of American voters and are more ideologically oriented than Democrats or Republicans. The Libertarian Party supports laissez-faire policies, small government, and is characterized by being socially liberal and fiscally conservative. The Green Party is a progressive party that emphasizes eco-socialism. The Constitution Party is a socially and fiscally conservative party backed by the religious right.Beyond the Libertarian, Green, and Constitution Parties, third parties in American politics tend even farther towards the fringe, emphasizing ideology and avoiding speaking to a broad base. An example of a small right-wing third party would be the America First Party. The AFP is characterized as paleoconservative because they are socially and fiscally conservative. The AFP seeks to enact a smaller government by eliminating federal programs, such as the Department of Education. The AFP further seeks to cut taxes and allow for more robust integration of church and state.

An example of an extreme left wing party is the Peace and Freedom Party. The PFP was created in 1968 as a way to protest participation in the Vietnam War. Today, the PFP advocates to protect the environment. It seeks to advance personal liberties and universal, high quality and free access to education and health care. The PFP seeks to enact a more socialist economy.

Some third parties are organized entirely around one issue, rather than seeking to enact a broad, fringe ideology. For example, the United States Marijuana Party seeks to end the war on drugs and legalize marijuana. Though it is unlikely that anyone from the United States Marijuana Party will ever be elected to national office, they seek to raise attention to the issues that they find important and put these issues on the national stage.

The Impact of Minor Parties

Third-party candidates exert influence by focusing the election on particular issues and taking votes away from major candidates.

Summarize the place of third parties in American political life


Third parties face many obstacles in American politics. They are usually not even allowed on ballots for due to lack of popular support and signatures to warrant a place under local laws. The problem feeds upon itself as the marginality of third parties means that they are not well known enough to attract national attention, and therefore unable to raise the funds that could promote their politics and make them well known. Numerically, third parties have won very few elected positions. Since 1877, there have been 31 U.S. senators, 111 U.S. representatives, and 22 governors that were not affiliated with a major political party.

However, third parties do play an important role in national politics. Third parties usually organize and mobilize around a single issue or position, putting pressure on candidates from major political parties to address these issues. For example, segregationist American Independent Party candidate George Wallace gained 13.5% of the popular vote in the 1968 election. In response, the Republican Party adopted a "Southern Strategy" to win the support of conservative Democrats in the South who opposed the new Civil Rights movement.

Although it is unlikely that a third party candidate will ever garner a plurality of the vote, they can influence the election by taking votes away from a major party candidate. This was at issue during the 2000 election when Green Party presidential candidate Ralph Nader took votes away from Democrat Al Gore, a situation that some felt contributed to the victory of Republican George W. Bush.

Structure and role of party organizations (1)

America has an interesting assortment of minor political parties. Us.docx

Political Parties (in US) - English For Political Science.pdf

POLS 199 •  Polytechnic University of the Philippines

The Emergence of political parties.docx