Perception of depth, size, and distance is achieved using both monocular and binocular cues.


How do we perceive images? Are the images we see directly mapped onto our brain like a projector? In reality, perception and vision are far more complicated than that. Visual stimuli enter as light through the photoreceptors in the retina, where they are changed into neural impulses. These impulses travel through the central nervous system, stop at the sensory way-station of the thalamus, and then are routed to the visual cortex. From the visual cortex, the information goes to the parietal lobe and the temporal lobe. Approximately one-third of the cerebral cortex plays a role in processing visual stimuli.

Depth perception is the visual ability to perceive the world in three dimensions, coupled with the ability to gauge how far away an object is. Depth perception, size, and distance are ascertained through both monocular (one eye) and binocular (two eyes) cues. Monocular vision is poor at determining depth. When an image is projected onto a single retina, cues about the relative size of the object compared to other objects are obtained. In binocular vision, these relative sizes are compared, since each individual eye is seeing a slightly different image from a different angle. 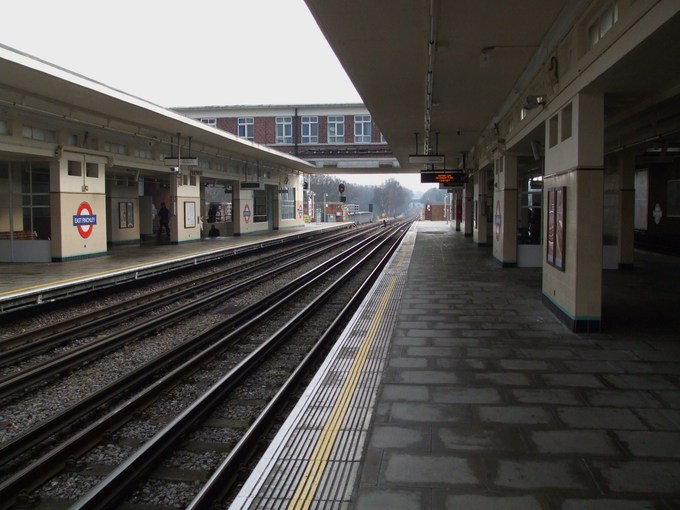 Convergence: The train tracks look as though they come to a single point in the distance, illustrating the concept of convergence.

Depth perception relies on the convergence of both eyes upon a single object, the relative differences between the shape and size of the images on each retina, the relative size of objects in relation to each other, and other cues such as texture and constancy. For example, shape constancy allows the individual to see an object as a constant shape from different angles, so that each eye is recognizing a single shape and not two distinct images. When the input from both eyes is compared, stereopsis, or the impression of depth, occurs.

Ebbinghaus illusion: The Ebbinghaus illusion illustrates how the perception of size is altered by the relative sizes of other objects. The two center circles are the same size, though they may be perceived to be different sizes.

Size and distance of objects are also determined in relation to each other. Visual cues (for instance, far-away objects appearing smaller and near objects appearing larger) develop in the early years of life. Convergence upon a single point is another visual cue that provides information about distance. As objects move farther away into the distance, they converge into a single point. An example of this can be seen in the image of train tracks disappearing into the distance.

When an object moves toward an observer, the retinal projection of the object expands over a period of time, which leads to the perception of movement in a line toward the observer. This change in stimulus enables the observer not only to see the object as moving, but to perceive the distance of the moving object. This is useful when you cross the street: as you watch a car come toward you, your brain uses the change in size projected on your retina to determine how far away it is.

Motion is perceived when two different retinal pathways, which rely on specific features and luminance, converge together.

Second-order motion perception occurs by examining the changes in an objects' position over time through feature tracking on the retina. This method detects motion through changes in size, texture, contrast, and other features. One advantage to feature-tracking is that motion can be separated both by motion and by blank intervals where no motion is occurring. This type of motion perception can be used to figure out how fast something is moving toward you—TTC, or "time to contact."

Visual illusions offer insight into how motion is perceived. The phi phenomenon is an illusion involving a regular sequence of luminous impulses. Due to first-order motion perception, the luminous impulses are seen as a continual movement. The phi phenomenon explains how early animation worked: it involves taking a series of still images that change slightly, and moving through them very quickly so that the image appears to be moving, rather than the series of still images that it is.


Phi phenomenon: In the phi phenomenon, it appears that the unlit section is "moving" around the circle rather than a series of bulbs going out one at a time.

We encounter more stimuli than we can attend to; unconscious perception helps the brain process all stimuli, not just those we take in consciously.

Describe the relationship between priming and subliminal stimulation


Individuals take in more stimuli from their environment than they can consciously attend to at any given moment. The brain is constantly processing all the stimuli it is exposed to, not just those that it consciously attends to. Unconscious perception involves the processing of sensory inputs that are not selected for conscious perception. The brain takes in these unnoticed signals and interprets them in ways that influence how individuals respond to their environment.

The perceptual learning of unconscious processing occurs through priming. Priming occurs when an unconscious response to an initial stimulus affects responses to future stimuli. One of the classic examples is word recognition, thanks to some of the earliest experiments on priming in the early 1970s: the work of David Meyer and Roger Schvaneveldt showed that people decided that a string of letters was a word when the letters followed an associatively or semantically related word. For example, NURSE was recognized more quickly when it followed DOCTOR than when it followed BREAD. This is one of the simplest examples of priming. When information from an initial stimulus enters the brain, neural pathways associated with that stimulus are activated, and a second stimulus is interpreted through that specific context. 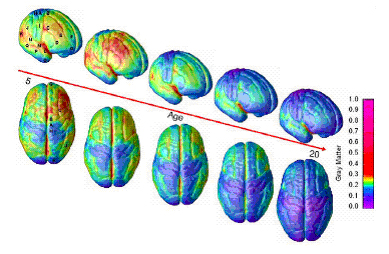 Experience affects the activation of neural networks: When information from an initial stimulus enters the brain, neural pathways associated with that stimulus are activated, and the stimulus is interpreted in a specific manner.

The presentation of an unattended stimulus can prime our brains for a future response to that stimulus. This process is known as subliminal stimulation. A number of studies have examined how unconscious stimuli influence human perception. Researchers, for example, have demonstrated how the type of music that is played in supermarkets can influence the buying habits of consumers. In another study, researchers discovered that holding a cold or hot beverage prior to an interview can influence how the individual perceives the interviewer. While subliminal stimulation appears to have a temporary effect, there is no evidence yet that it produces an enduring effect on behavior.