Clinical depression is characterized by pervasive and persistent low mood that is accompanied by low self-esteem and a loss of interest.

Summarize the similarities and differences in diagnostic criteria, etiology, and treatment options among the depressive disorders

Everyone occasionally feels sad and may even characterize their mood as depressed every once in a while; however, these feelings are usually short-lived and pass within a couple of days. When you have clinical depression, it interferes with daily life and causes significant pain for both you and those who care about you. Major depressive disorder (also called major depression and clinical depression) is a mood disorder characterized by a pervasive and persistent low mood that is accompanied by low self-esteem and by a loss of interest or pleasure in normally enjoyable activities. The symptoms interfere with a person's ability to work, sleep, study, eat, and enjoy pleasurable activities.

In order to be diagnosed with major depressive disorder (MDD) in the DSM-5, a person must experience at least five listed symptoms over a two-week period. One of the symptoms must either be a depressed mood or an inability to experience pleasure in activities that were formerly enjoyed. The symptoms must significantly interfere with one or more areas of an individual's life (such as work, relationships, school, etc.) and must not be directly caused by a medical condition or the use of substances.

People with depressive illnesses do not all experience the same symptoms, and the severity, frequency, and duration of symptoms vary. Common symptoms include the following: 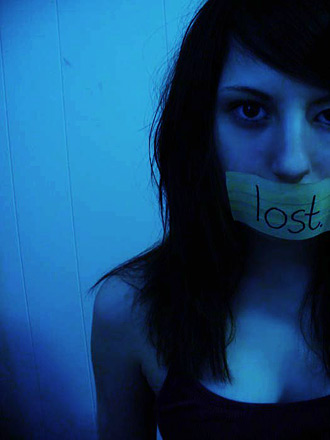 Symptoms of depression: Individuals suffering from depression often have feelings of sadness or emptiness, but equally often, they don't feel anything at all.

In 2013, the DSM-5 removed the bereavement clause from the diagnostic criteria of MDD. This controversial decision means those who were previously exempt from a diagnosis of MDD due to bereavement (mourning the loss of a loved one) are now candidates for the MDD diagnosis.

Clinical depression is one of the most common mental disorders in the United States. Each year about 6.7% of U.S. adults experience major depressive disorder. Women are 70% more likely than men to experience depression during their lifetime, and non-Hispanic blacks are 40% less likely than non-Hispanic whites. The average age of onset is 32 years old. Additionally, 3.3% of 13 to 18 year olds have experienced a seriously debilitating depressive disorder.

Causes of depression can be broken up into three categories: precipitating causes, perpetuating causes, and predisposing causes.

Various aspects of personality and its development appear to be integral to the occurrence and persistence of depression, with negative emotionality as a common precursor. Although depressive episodes are strongly correlated with adverse events, a person's characteristic style of coping may be correlated with his or her resilience. The biopsychosocial model proposes that biological, psychological, and social factors all play a role in causing depression.

The three most common treatments for depression are psychotherapy, medication, and electroconvulsive therapy. Currently, the most effective form of psychotherapy for depression is cognitive-behavioral therapy (CBT), which teaches clients to challenge self-defeating but enduring ways of thinking (cognitions) and change counter-productive behaviors. Antidepressants (usually SSRIs) have been shown to cause significant improvement in the mood of those with very severe depression. Electroconvulsive therapy (ECT) is a procedure whereby pulses of electricity are sent through the brain via two electrodes; studies have found it to be very effective in treating severe forms of depression that have not responded to medication or therapy.

Disruptive mood dysregulation disorder (DMDD) is a psychiatric disorder in children, characterized by persistently irritable or angry mood with recurrent, severe temper outbursts. To be diagnosed with DMDD, these outbursts must occur, on average, three or more times per week. DMDD was added to the DSM-5 in 2013 as a diagnosis for children and adolescents who would normally be diagnosed with bipolar disorder, as a way to limit the bipolar diagnosis in this age cohort. The symptoms of DMDD resemble those of other childhood disorders, notably attention deficit hyperactivity disorder (ADHD), oppositional defiant disorder (ODD), and bipolar disorder in children. Children with DMDD are at risk for depression in later childhood or adolescence.

Little is known about its course or etiology. Evidence-based treatments include medication to manage mood symptoms, behavior therapy to manage temper outbursts, and family therapy to address symptoms of depression.

Premenstrual dysphoric disorder (PMDD) is a severe form of premenstrual syndrome (PMS). Like PMS, premenstrual dysphoric disorder follows a predictable, cyclic pattern. Symptoms begin after ovulation in the menstrual cycle and end shortly after menstruation begins. On average, the symptoms last six days, with the most intense symptoms happening between the two days before and the day of the start of menstrual blood flow. Emotional symptoms such as anxiety, anger, and depression are generally present, and substantial disruption to personal relationships may occur. In order to be diagnosed, a person must experience five or more listed symptoms during the final week before menstruation.