Sensation involves the relay of information from sensory receptors to the brain and enables a person to experience the world around them.


Sensation and perception are two separate processes that are very closely related. Sensation is input about the physical world obtained by our sensory receptors, and perception is the process by which the brain selects, organizes, and interprets these sensations. In other words, senses are the physiological basis of perception. Perception of the same senses may vary from one person to another because each person's brain interprets stimuli differently based on that individual's learning, memory, emotions, and expectations.

Specialized cells in the sensory receptors convert the incoming energy (e.g., light) into neural impulses. These neural impulses enter the cerebral cortex of the brain, which is made up of layers of neurons with many inputs. These layers of neurons in the function like mini microprocessors, and it is their job to organize the sensations and interpret them in the process of perception. 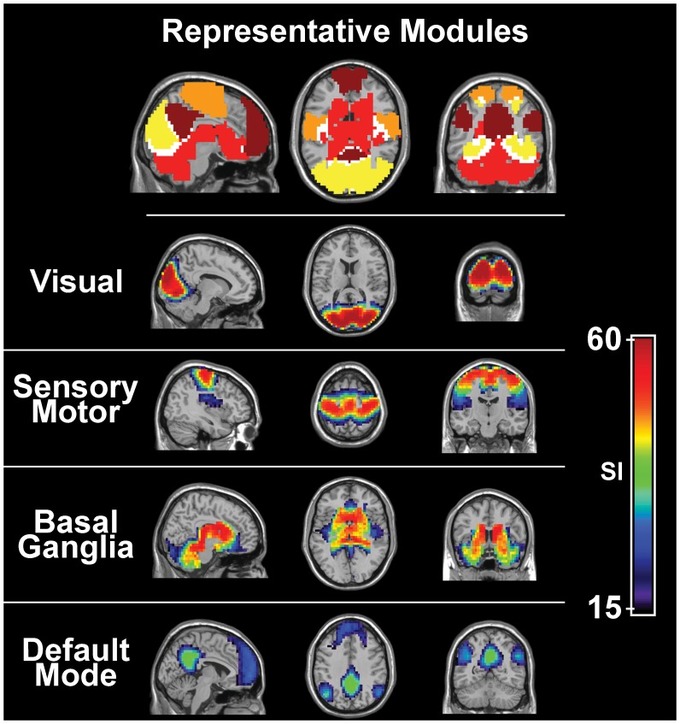 fMRI and the senses: This fMRI chart shows some of the neural activation that takes place during sensation. The occipital lobe is activated during visual stimulation, for example.

The "motor homunculus" is a theoretical physical representation of the human body within the brain. It is a neurological "map" of the anatomical divisions of the body. Within the primary motor cortex, motor neurons are arranged in an orderly manner—parallel to the structure of the physical body, but inverted. The toes are represented at the top of the cerebral hemisphere, while the mouth is represented at the bottom of the hemisphere, closer to the part of the brain known as the lateral sulcus. These representations lie along a fold in the cortex called the central sulcus. The homunculus is split in half across the brain, with motor representation for each side of the body represented on the the opposite side of the brain.

The amount of cortex devoted to any given body region is proportional to how many nerves are in that region, not to the region's physical size. Areas of the body with greater or more complex sensory or motor connections are represented as larger in the homunculus. Those with fewer or less complex connections are represented as smaller. The resulting image is that of a distorted human body with disproportionately huge hands, lips, and face (because those regions have huge numbers of nerve endings). 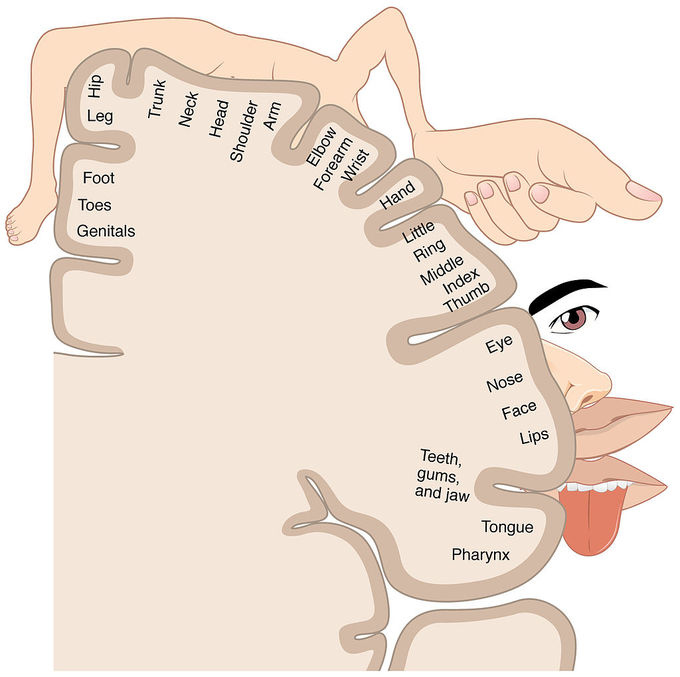 Motor Homunculus: The motor homunculus is a theoretical visualization of the locations in the cortex that correspond to motor and sensory function in the body.

The absolute threshold is the lowest intensity at which a stimulus can be detected. 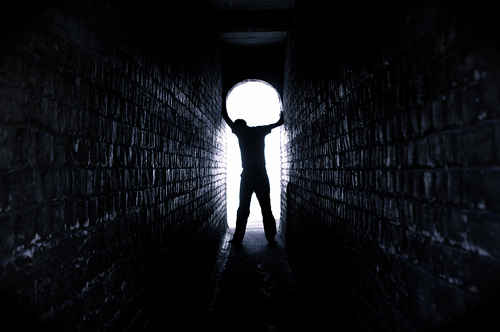 Light at the end of the tunnel: the absolute threshold for vision: In a dark space, an individual's saving grace can be the minimum amount of light needed to stimulate the eye in the dark environment and alert the brain that it is seeing light.

There are several factors that can influence the level of absolute threshold, including adaptation to the stimulus and individual motivations and expectations.

Sensory adaptation happens when our senses no longer perceive a stimulus because of our sensory receptor 's continuous contact with it. If you've ever entered a room that has a terrible odor, but after a few minutes realized that you barely noticed it anymore, then you have experienced sensory adaptation. Like thresholds, adaptation can occur with any sense, whether it's forgetting that the radio is on while you work or not noticing that the water in the pool is cold after you've been swimming for a while.

Additionally, an individual's motivations and expectations can also influence whether a stimulus will be detected at the absolute threshold. For example, when you are in a crowded room where a lot of conversations are taking place, you tend to focus your attention on the individual with whom you are speaking. Because you are focused on one stimulus, the absolute threshold (in this case, the minimum volume at which you can hear) is lower for that stimulus than it would have been otherwise.

The minimum amount of change in sensory stimulation needed to recognize that a change has occurred is known as the just-noticeable difference.

Define the just-noticeable difference (JND) in terms of sensory stimuli 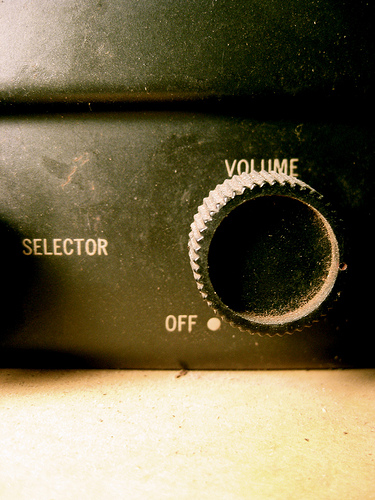 The absolute threshold is the minimum volume of the radio we would need in order to notice that it was turned on at all. However, determining the just-noticeable difference, the amount of change needed in order to notice that the radio has become louder, depends on how much the volume has changed in comparison to where it started. It's possible to turn the volume up only slightly, making the difference in volume undetectable. This is similar to adding only one pound of weight when you're holding 50 pounds.

Sensory adaptation is the decrease in the responsiveness of a sensory system that is confronted with a constant stimulus.

Distinguish between sensory adaptation and sensitization


Sensory adaptation, also called neural adaptation, is the change in the responsiveness of a sensory system that is confronted with a constant stimulus. This change can be positive or negative, and does not necessarily lead to completely ignoring a stimulus.

One example of sensory adaptation is sustained touching. When you rest your hands on a table or put clothes on your body, at first the touch receptors will recognize that they are being activated and you will feel the sensation of touching an object. However, after sustained exposure, the sensory receptors will no longer activate as strongly and you will no longer be aware that you are touching something.

This follows the model of sensory adaptation presented by Georg Meissner, which is known as "Meissner's corpuscles." Meissner's corpuscles are sensory triggers of physical sensations on the skin, especially areas of the skin that are sensitive to light and touch. These corpuscles rapidly change and adapt when a stimulus is added. Then they quickly decrease activity, and eventually cease to react to the stimulus. When the stimulus is removed, the corpuscles regain their sensitivity. For example, the constant touch of clothes on our skin leads to our sensory adaptation to the sensations of wearing clothing. Notice that when you put an article of clothing on, after a brief period you no longer feel it; however you continue to be able to feel other sensations through it. This is because the additional stimuli are new, and the body has not yet adapted to them.

In contrast, sensitization is an increase in behavioral responses following repeated applications of a particular stimulus. Unlike sensory adaptation, in which a large amount of stimulus is needed to incur any further responsive effects, in sensitization less and less stimulation is required to produce a large response. For example, if an animal hears a loud noise and experiences pain at the same time, it will startle more intensely the next time it hears a loud noise even if there is no pain.

There are many stimuli in life that we experience everyday and gradually ignore or forget, including sounds, images, and smells. Sensory adaptation and sensitization are thought to form an integral component of human learning and personality.