Sensory memory allows an individual to remember an input in great detail but for only a few milliseconds.


Sensory memory allows individuals to retain impressions of sensory information for a brief time after the original stimulus has ceased. It allows individuals to remember great sensory detail about a complex stimulus immediately following its presentation. Sensory memory is an automatic response considered to be outside of cognitive control. The information represented in this type of memory is the "raw data" which provides a snapshot of a person's overall sensory experience. Information from sensory memory has the shortest retention time, ranging from mere milliseconds to five seconds. It is retained just long enough for it to be transferred to short-term (working) memory.

In sensory memory, no manipulation of the incoming information occurs as it is transferred quickly to working memory. The amount of information is greatly reduced during this transfer because the capacity of working memory is not large enough to cope with all the input coming from our sense organs.

It is assumed that there is a subtype of sensory memory for each of the five major senses (touch, taste, sight, hearing, and smell); however, only three of these types have been extensively studied: echoic memory, iconic memory, and haptic memory.

Sensory input to the visual system goes into iconic memory, so named because the mental representations of visual stimuli are referred to as icons. Iconic memory has a duration of about 100 ms. One of the times that iconic memory is noticeable is when we see "light trails." This is the phenomenon when bright lights move rapidly at night and you perceive them as forming a trail; this is the image that is represented in iconic memory. 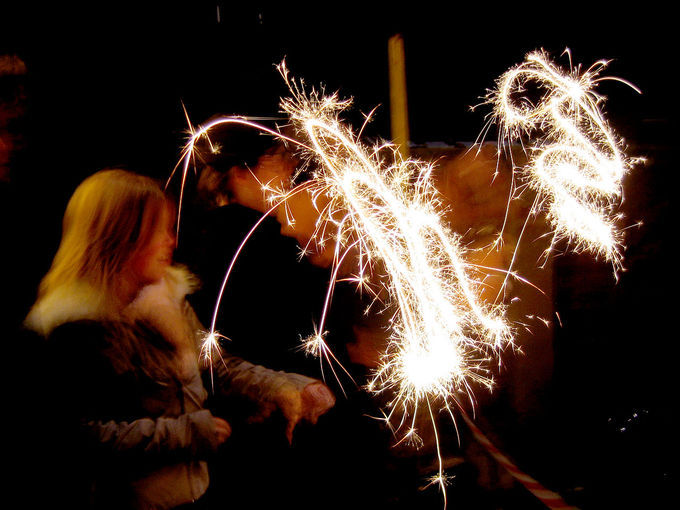 Light trails: In iconic memory, you perceive a moving bright light as forming a continuous line because of the images retained in sensory memory for milliseconds.

Haptic memory is the branch of sensory memory used by the sense of touch. Sensory receptors all over the body detect sensations like pressure, itching, and pain, which are briefly held in haptic memory before vanishing or being transported to short-term memory. This type of memory seems to be used when assessing the necessary forces for gripping and interacting with familiar objects. Haptic memory seems to decay after about two seconds. Evidence of haptic memory has only recently been identified and not as much is known about its characteristics compared to iconic memory.

Short-term memory, which includes working memory, stores information for a brief period of recall for things that happened recently.


Short-term memory is the capacity for holding a small amount of information in an active, readily available state for a brief period of time. It is separate from our long-term memory, where lots of information is stored for us to recall at a later time. Unlike sensory memory, it is capable of temporary storage. How long this storage lasts depends on conscious effort from the individual; without rehearsal or active maintenance, the duration of short-term memory is believed to be on the order of seconds.

Short-term memory acts as a scratchpad for temporary recall of information. For instance, in order to understand this sentence you need to hold in your mind the beginning of the sentence as you read the rest. Short-term memory decays rapidly and has a limited capacity.

The psychologist George Miller suggested that human short-term memory has a forward memory span of approximately seven items plus or minus two. More recent research has shown that this number is roughly accurate for college students recalling lists of digits, but memory span varies widely with populations tested and with material used.

For example, the ability to recall words in order depends on a number of characteristics of these words: fewer words can be recalled when the words have longer spoken duration (this is known as the word-length effect) or when their speech sounds are similar to each other (this is called the phonological similarity effect). More words can be recalled when the words are highly familiar or occur frequently in the language. Chunking of information can also lead to an increase in short-term memory capacity. For example, it is easier to remember a hyphenated phone number than a single long number because it is broken into three chunks instead of existing as ten digits.

The phonological loop is responsible for dealing with auditory and verbal information, such as phone numbers, people's names, or general understanding of what other people are talking about. We could roughly say that it is a system specialized for language. It consists of two parts: a short-term phonological store with auditory memory traces that are subject to rapid decay, and an articulatory loop that can revive these memory traces. The phonological store can only store sounds for about two seconds without rehearsal, but the auditory loop can "replay them" internally to keep them in working memory. The repetition of information deepens the memory.

This greater retention is owed to an enhanced synaptic response within the hippocampus, which is essential for memory storage. The limbic system of the brain (including the hippocampus and amygdala) is not necessarily directly involved in long-term memory, but it selects particular information from short-term memory and consolidates these memories by playing them like a continuous tape.

Long-term memory is used for the storage of information over long periods of time, ranging from a few hours to a lifetime.

Explicit memory, also known as conscious or declarative memory, involves memory of facts, concepts, and events that require conscious recall of the information. In other words, the individual must actively think about retrieving the information from memory. This type of information is explicitly stored and retrieved—hence its name. Explicit memory can be further subdivided into semantic memory, which concerns facts, and episodic memory, which concerns primarily personal or autobiographical information.

Semantic memory involves abstract factual knowledge, such as "Albany is the capital of New York." It is for the type of information that we learn from books and school: faces, places, facts, and concepts. You use semantic memory when you take a test. Another type of semantic memory is called a script. Scripts are like blueprints of what tends to happen in certain situations. For example, what usually happens if you visit a restaurant? You get the menu, you order your meal, you eat it, and then you pay the bill. Through practice, you learn these scripts and encode them into semantic memory.

Episodic memory is used for more contextualized memories. They are generally memories of specific moments, or episodes, in one's life. As such, they include sensations and emotions associated with the event, in addition to the who, what, where, and when of what happened. An example of an episodic memory would be recalling your family's trip to the beach. Autobiographical memory (memory for particular events in one's own life) is generally viewed as either equivalent to, or a subset of, episodic memory. One specific type of autobiographical memory is a flashbulb memory, which is a highly detailed, exceptionally vivid "snapshot" of the moment and circumstances in which a piece of surprising and consequential (or emotionally arousing) news was heard. For example, many people remember exactly where they were and what they were doing when they heard of the terrorist attacks on September 11, 2001. This is because it is a flashbulb memory.

Semantic and episodic memory are closely related; memory for facts can be enhanced with episodic memories associated with the fact, and vice versa. For example, the answer to the factual question "Are all apples red?" might be recalled by remembering the time you saw someone eating a green apple. Likewise, semantic memories about certain topics, such as football, can contribute to more detailed episodic memories of a particular personal event, like watching a football game. A person that barely knows the rules of football will remember the various plays and outcomes of the game in much less detail than a football expert.

In contrast to explicit (conscious) memory, implicit (also called "unconscious" or "procedural") memory involves procedures for completing actions. These actions develop with practice over time. Athletic skills are one example of implicit memory. You learn the fundamentals of a sport, practice them over and over, and then they flow naturally during a game. Rehearsing for a dance or musical performance is another example of implicit memory. Everyday examples include remembering how to tie your shoes, drive a car, or ride a bicycle. These memories are accessed without conscious awareness—they are automatically translated into actions without us even realizing it. As such, they can often be difficult to teach or explain to other people. Implicit memories differ from the semantic scripts described above in that they are usually actions that involve movement and motor coordination, whereas scripts tend to emphasize social norms or behaviors.

Memory is the capacity to get the information.docx