An ethnic group is a group of people whose members identify with one another through a common cultural heritage.

Criticize the concept of ethnicity from the perspective of Max Weber's and Ronald Cohen's theories of social constructionism, referencing the approaches of primordialism, perennialism, and constructivism


Ethnicity is a term that describes shared culture —the practices, values, and beliefs of a group. This might include shared language, religion, and traditions, among other commonalities. An ethnic group is a collection of people whose members identify with each other through a common heritage, consisting of a common culture which may also include a shared language or dialect. The group's ethos or ideology may also stress common ancestry, religion, or race. The process that results in the emergence of an ethnicity is known as ethnogenesis.

Ethnicity is a constructed category, the characteristics and boundaries of which have been renegotiated and redefined over the years to suit different contexts and objectives.

Sociologist Max Weber asserted that ethnic groups were künstlich (artificial, i.e. a social construct ) for three reasons. Firstly, they were based on a subjective believe in shared Gemeinschaft (community). Secondly, this belief in shared Gemeinschaft did not create the group; rather, the group created the belief. Thirdly, group formation resulted from the drive to monopolize power and status.

In 1978, Anthropologist Ronald Cohen claimed that the identification of "ethnic groups" in the usage of social scientists often reflected inaccurate labels more than indigenous realities:


... the named ethnic identities we accept, often unthinkingly, as basic givens in the literature are often arbitrarily, or even worse inaccurately, imposed.

In this way, he pointed to the fact that identification of an ethnic group by outsiders, e.g. anthropologists, may not coincide with the self-identification of the members of that group. Cohen also suggested that claims concerning "ethnic" identity (like earlier claims concerning "tribal" identity) are often colonialist practices and effects of the relations between colonized peoples and nation-states.

Therefore, the socio-cultural and behavioral differences between peoples of different ethnicities do not necessarily stem from inherited traits and tendencies derived from common descent; rather, the identification of an ethnic groups is often socially and politically motivated.

The following categories - "ethnic categories," "ethnic networks," "ethnies" or "ethnic communities," and "situational ethnicity" - were developed in order to distinguish the instances when ethnic classification is the labeling of others and when it is a case of self-identification.

Different approaches have been used by different social scientists to attempt to understand the nature of ethnicity as a factor in human life and society. Examples of such approaches include primordialism, perennialism, constructivism, modernism, and instrumentalism.

Ethnicity, while related to race, refers not to physical characteristics but social traits that are shared by a human population. Some of the social traits often used for ethnic classification include nationality, religious faith and a shared language and culture.

Like race, the term ethnicity is difficult to describe and its meaning has changed over time. And like race, individuals may be identified or self-identify to ethnicities in complex, even contradictory, ways. For example, ethnic groups such as Irish, Italian American, Russian, Jewish, and Serbian might all be groups whose members are predominantly included in the racial category "white. " Conversely, the ethnic group British includes citizens from a multiplicity of racial backgrounds: black, white, Asian, and more, plus a variety of racial combinations. These examples illustrate the complexity and overlap of these identifying terms. Ethnicity, like race, continues to be an identification method that individuals and institutions use today—whether through the census, affirmative action initiatives, non-discrimination laws, or simply in personal day-to-day relations.

A Tour of Chinese Ethnic Minorities (Preview) - YouTube: Provides a glimpse into the many and diverse ethnic groups to be found in China. 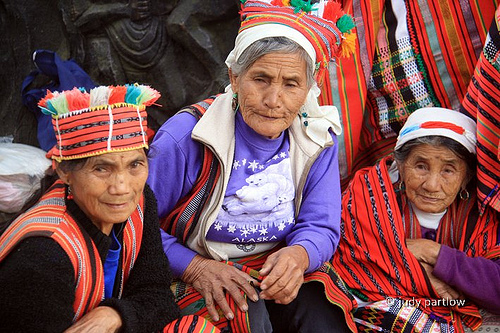 Modern meets Traditional: The women above are wearing an interesting fusion of modern and ethnic clothing.

SOCIOLOGY MISC •  University of Science and Arts of Oklahoma

SOCIO MISC •  University of the Cumberlands

The Major components of Social Structure.docx