Family violence is defined as a pattern of abusive behaviors by one family member against another.

Discuss the various types of domestic violence, such as physical or economic, as well as the effects on all people involved


Domestic violence is defined as a pattern of abusive behaviors by one partner against another in an intimate relationship such as marriage, dating, family, or cohabitation. In this definition, domestic violence takes many forms, including physical aggression or assault, sexual abuse, emotional abuse, controlling or domineering behaviour, intimidation, stalking, passive/covert abuse, and economic deprivation. Alcohol consumption and mental illness can be co-morbid with abuse, presenting additional challenges in eliminating domestic violence. In general, awareness, perception, definition, and documentation of domestic violence differ widely from country to country, and from era to era.

All forms of domestic abuse have one purpose: to gain and maintain control over the victim. Abusers use many tactics to exert power over their spouse or partner: dominance, humiliation, isolation, threats, intimidation, denial, and blame. Physical abuse is abuse involving contact intended to cause feelings of intimidation, pain, injury, or other physical suffering or bodily harm. Physical abuse includes hitting, slapping, punching, choking, pushing, burning, and other types of contact that result in physical injury to the victim. Physical abuse can also include behaviors such as denying the victim of medical care when needed, depriving the victim of sleep or other functions necessary to live, or forcing the victim to engage in drug/alcohol use against his/her will. Sexual abuse is any situation in which force or threat is used to obtain participation in unwanted sexual activity. Coercing a person to engage in sexual activity against his or her will, even if that person is a spouse or intimate partner with whom consensual sex has occurred, is an act of aggression and violence.

Emotional abuse can include humiliating the victim privately or publicly, controlling what the victim can and cannot do, withholding information from the victim, deliberately doing something to make the victim feel diminished or embarrassed, isolating the victim from friends and family, implicitly blackmailing the victim by harming others when the victim expresses independence or happiness, or denying the victim access to money or other basic resources and necessities. Degradation in any form can be considered psychological abuse.

Verbal abuse is a form of emotionally abusive behavior involving the use of language. Verbal abuse can also be referred to as the act of threatening. Through threatening a person can blatantly say they will harm you in any way and will also be considered as abuse.

3.3 million children witness domestic violence each year in the US. There has been an increase in acknowledgment that children exposed to domestic abuse during their upbringing will suffer in their developmental and psychological welfare. Because of the awareness of domestic violence that some children have to face, it also generally impacts how the child develops emotionally, socially, behaviorally as well as cognitively. Some emotional and behavioral problems that can result due to domestic violence include increased aggressiveness, anxiety, and changes in how a child socializes with friends, family, and authorities. Bruises, broken bones, head injuries, lacerations, and internal bleeding are some of the acute effects of a domestic violence incident that require medical attention and hospitalization.

High amounts of stress, fear, and anxiety are commonly reported by victims still living with their perpetrators. These are known as the psychological effects of domestic violence. Depression is also common, as victims are made to feel guilty for ‘provoking' the abuse and are frequently subjected to intense criticism. A reported 60 percent of victims meet the diagnostic criteria for depression, either during or after termination of the relationship, and have a greatly increased risk of suicide. Once victims leave their perpetrator, they can be stunned with the reality of the extent to which the abuse has taken away their autonomy. Due to economic abuse and isolation, victims usually have very little money of their own and few people on whom they can rely when seeking help. These are the financial effects of domestic violence. This has been shown to be one of the greatest obstacles facing victims of DV, discouraging them from leaving their abusers. 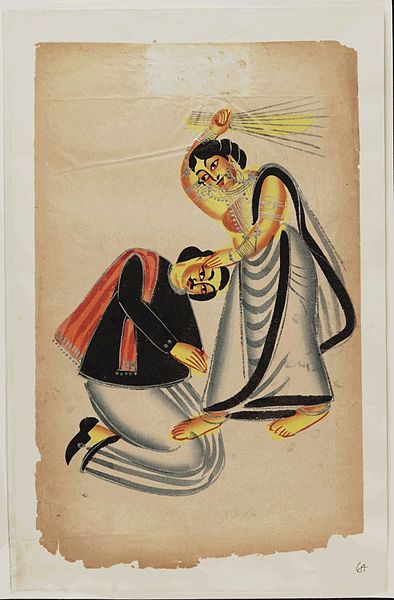 Child abuse is the physical, sexual or emotional mistreatment, or neglect of a child.


Child abuse is the physical, sexual, or emotional mistreatment or neglect of a child or children. Different jurisdictions have developed their own definitions of what constitutes child abuse for the purposes of removing a child from his/her family and/or prosecuting a criminal charge. There are four major categories of child abuse: neglect, physical abuse, psychological/emotional abuse, and sexual abuse. Neglect is the most common type of abuse in the United States and accounts for over 60 percent of child abuse cases.

Physical abuse involves physical aggression directed at a child by an adult. Most nations with child-abuse laws consider the deliberate infliction of serious injuries, or actions that place the child at obvious risk of serious injury or death, to be illegal. Beyond this, there is considerable variation. The distinction between child discipline and abuse is often poorly defined. Cultural norms about what constitutes abuse vary widely among professionals as well as the wider public. Some professionals claim that cultural norms that sanction physical punishment are one of the causes of child abuse, and have undertaken campaigns to redefine such norms.

Child sexual abuse is a form of child abuse in which an adult or older adolescent abuses a child for sexual stimulation. Effects of child sexual abuse include guilt and self-blame, flashbacks, nightmares, insomnia, and fear of things associated with the abuse. Approximately 15 percent to 25 percent of women and 5 percent to 15 percent of men were sexually abused when they were children.

Out of all the possible forms of abuse, emotional abuse is the hardest to define. It could include name-calling, ridicule, degradation, destruction of personal belongings, torture or killing of a pet, excessive criticism, inappropriate or excessive demands, withholding communication, and routine labeling or humiliation.

Neglect is a passive form of abuse in which a perpetrator is responsible to provide care for a victim who is unable to care for himself or herself, but fails to provide adequate care. Neglect may include the failure to provide sufficient supervision, nourishment, or medical care, or the failure to fulfill other needs for which the victim is helpless to provide for himself or herself. The term is also applied when necessary care is withheld by those responsible for providing it from animals, plants, and even inanimate objects. Neglect can have many long-term side effects, such as physical injuries, low self-esteem, attention disorders, violent behavior, and even death. In the U.S., neglect is defined as the failure to meet the basic needs of children: housing, clothing, food, and access to medical care. Researchers found over 91,000 cases of neglect in one year using information from a database of cases verified by protective services agencies. 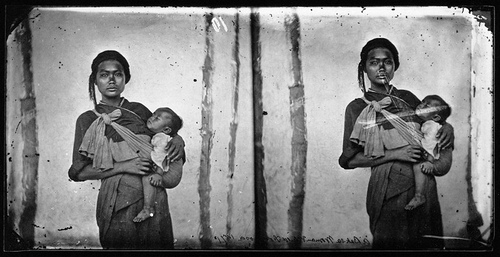 Child Abuse: Child abuse is the physical, sexual or emotional mistreatment, or neglect of a child.

Spousal abuse can be defined as a pattern of abusive behaviors by one or both partners in an intimate relationship.

A problem in conducting studies that seek to describe violence in terms of gender is the amount of silence, fear, and shame that results from abuse within families and relationships. Another problem is that abusive patterns can tend to seem normal to those who have lived in them for a length of time. Similarly, subtle forms of abuse can be transparent even as they set the stage for normalizing further abuse. Finally, inconsistent definition of what constitutes domestic violence makes definite conclusions difficult to reach when compiling research.

Although the exact rates are widely disputed, especially within the United States, there is a large body of cross-cultural evidence that women are subjected to domestic violence significantly more often than men. In addition, there is broad consensus that women are more often subjected to severe forms of abuse and are more likely to be injured by an abusive partner. According to a report by the United States Department of Justice, a survey of 16,000 Americans showed 22.1 percent of women and 7.4 percent of men reported being physically assaulted by a current or former spouse, cohabiting partner, boyfriend, girlfriend, or date in their lifetime.

Determining how many instances of domestic violence actually involve male victims is difficult. Male domestic violence victims may be reluctant to get help for a number of reasons. Another study has demonstrated a high degree of acceptance by women of aggression against men. Some researchers have found a relationship between the availability of domestic violence services, improved laws and enforcement regarding domestic violence, increased access to divorce, and higher earnings for women with declines in intimate partner homicide by women.

Gender roles and expectations play a role in abusive situations, and exploring these roles and expectations can be helpful in addressing abusive situations. Likewise, it can be helpful to explore factors such as race, class, religion, sexuality, and philosophy. However, studies investigating whether sexist attitudes are correlated with domestic violence have shown conflicting results

Domestic violence also occurs in same-sex relationships. Gay and lesbian relationships have been identified as a risk factor for abuse in certain populations. In an effort to be more inclusive, many organizations have made an effort to use gender-neutral terms when referring to the act of perpetrating and victimhood.

Historically, little interest has been directed at domestic violence in same-sex relationships. As the gay rights movement has brought gay and lesbian issues into public attention, more research has been conducted on same-sex relationships. A 1999 analysis of 19 different studies of partner abuse concluded that "lesbians and gay men are just as likely to abuse their partners as heterosexual men," although the study also noted the uncertain nature of much of the contemporary research. 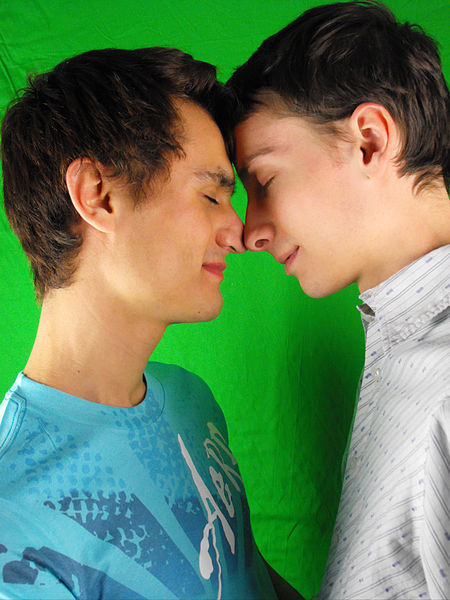 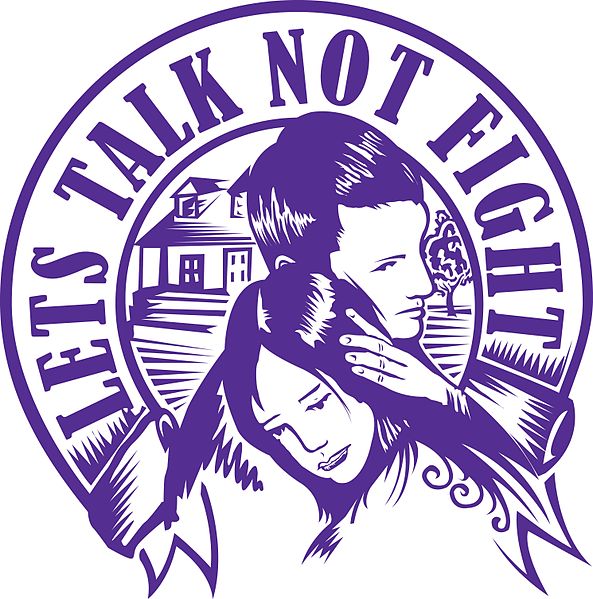 Let's Talk, Not Fight: Colin Henderson's winning design were displayed on T-shirts and other items at the 2012 Domestic Violence Awareness Rally.

Sociology of the Family W7.docx

SOCIOLOGY 301A •  University of Nairobi

Which of the following statements about family violence is FALSE.docx

How does family violence i.docx