Sociological Perspectives on Race and Ethnicity

According to the functionalist perspective, race and ethnicity are two of the various parts of a cohesive society.

Discuss the advantages and disadvantages of a functionalist approach to race


Functionalism addresses society as a whole in terms of the function of its constituent elements; namely norms, customs, traditions, and institutions. In the 1960s, functionalism was criticized for being unable to account for social change, or for structural contradictions and conflict (and thus was often called "consensus theory"), and for ignoring systematic inequalities including race, gender, and class, which cause tension and conflict. As noted sociologist Michael Omi observes, "The structural-functionalist framework generally stressed the unifying role of culture, and particularly American values, in regulating and resolving conflicts. This approach was notably in evidence in respect to the sociology of race" (Coulhan 2007, Sociology in America, p.559). From this perspective, societies are seen as coherent, bounded, and fundamentally relational constructs that function like organisms, with their various parts (such as race) working together in an unconscious, quasi-automatic fashion toward achieving an overall social equilibrium.

Given this emphasis on equilibrium and harmony, the functionalist perspective easily allows for specific macro-analyses of more contentious power imbalances, such as race-related issues. It also allows for the micro-analyses that much of modern sociology is oriented around, such as identity formation and the socially constructed nature of race. It is less well-adapted to understanding individual discrimination because it ignores the inequalities that cause tension and conflict.

During the turbulent 1960s, functionalism was often called "consensus theory," criticized for being unable to account for social change or structural contradictions and conflict, including inequalities related to race, gender, class, and other social factors that are a source of oppression and conflict. 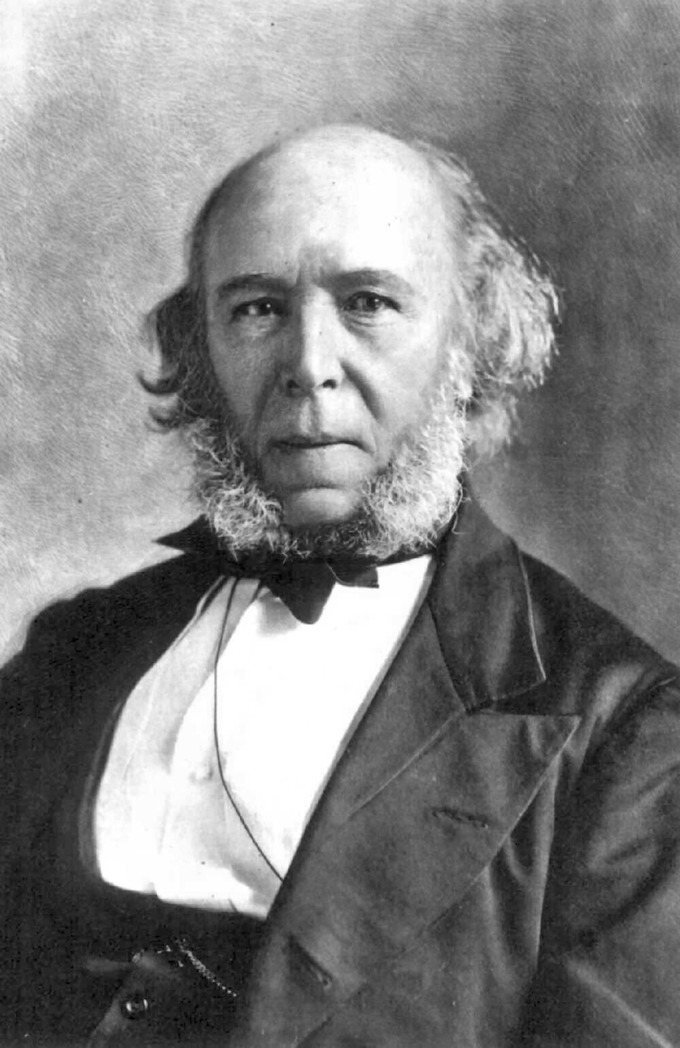 For Karl Marx, class conflict was most prominent; other theorists saw racial and ethnic conflict as more significant.

Explain race and ethnicity from the perspective of different conflict theorists


The classical conflict perspective pioneered by Karl Marx saw all forms of inequality subsumed under class conflict. For Marx, issues related to race and ethnicity are secondary to class struggle.

Other early conflict theorists saw racial and ethnic conflict as more central. Sociologist Ludwig Gumplowicz, in Grundriss der Soziologie (Outlines of Sociology, 1884), described how civilization has been shaped by conflict between cultures and ethnic groups, theorizing that large complex human societies evolved from war and conquest.

Since the social, political, and cultural upheavals of the 1960s, there has been a wellspring of conflict theory-inspired analyses of race and ethnicity, many of which eventually developed into an overlapping focus on the intersectional nature of various forms of conflict and oppression.

Intersectionality is a feminist sociological theory first highlighted by leading critical theorist thinker Kimberlé Crenshaw (1989). The theory proposes that different biological, social, and cultural factors, such as as gender, race, and class, do not operate in isolation of one antoher. Rather, they are interrlated, forming a system of oppression that consists of different forms of discrimination. This theory will be further discussed under the feminist perspective of gender stratification in the chapter, "Understanding Gender Stratification and Inequality".

Race and ethnicity affect the meaning we attach to each other's actions.

Describe how the interactionalist perspective views race and ethnicity 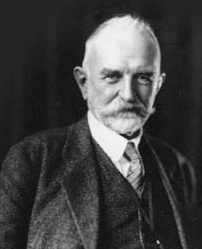 George Herbert Mead: George Herbert Mead (1863–1931) was an American philosopher, sociologist, and psychologist, primarily affiliated with the University of Chicago, where he was one of several distinguished pragmatists. He is regarded as one of the founders of social psychology and the American sociological tradition in general.

Following founding symbolic interactionist George Herbert Mead, Herbert Blumer claimed that people interact with each other by attaching meaning to each other's actions instead of merely reacting to them. Human interaction is mediated by the use of symbols and signification, by interpretation, or by ascertaining the meaning of one another's actions.

One of the most influential symbolic interactionist theorists on race and ethnic relations was Robert Park. Evolving out of the mid-20th century "Chicago School" of urban sociology, Park created the term human ecology, which borrowed the concepts of symbiosis, invasion, succession, and dominance from the science of natural ecology.

Using the city of Chicago as an example, he proposed that cities were environments like those found in nature. Park and fellow sociologist Ernest Burgess suggested that cities were governed by many of the same forces of Darwinian evolution evident in ecosystems. They felt the most significant force was competition. Competition was created by groups fighting for urban resources, like land, which led to a division of urban space into ecological niches. Within these niches people shared similar social characteristics because they were subject to the same ecological pressure.

This theory served as a foundation for his influential theory of racial assimilation known as the "race relation cycle". The cycle has four stages: contact, conflict, accommodation, and assimilation. The first step is contact, followed by competition. Then, after some time, a hierarchical arrangement can prevail—one of accommodation—in which one race is dominant and others dominated. In the end assimilation occurs. Park declared that it is "a cycle of events which tends everywhere to repeat itself," also seen in other social processes.

One crucial psychological finding is that members of stereotyped groups internalize those stereotypes and may suffer as a result.

Describe how the psychological perspective views race and ethnicity


One of the most important social psychological findings concerning race relations is that members of stereotyped groups internalize those stereotypes and thus suffer a wide range of harmful consequences.

Stereotype Threat is the experience of anxiety or concern in a situation where a person has the potential to confirm a negative stereotype about their social group. Since its introduction into the academic literature in 1995, Stereotype Threat has become one of the most widely studied topics in the field of social psychology. First described by social psychologist, Claude Steele and his colleagues, Stereotype Threat has been shown to reduce the performance of individuals who belong to negatively stereotyped groups. If negative stereotypes are present regarding a specific group, they are likely to become anxious about their performance, which in turn may hinder their ability to perform at their maximum level.

Situational factors that increase Stereotype Threat can include the difficulty of the task, the belief that the task measures their abilities, and the relevance of the negative stereotype to the task. Individuals show higher degrees of Stereotype Threat on tasks they wish to perform well on and when they identify strongly with the stereotyped group. These effects are also increased when they expect discrimination due to their identification with negatively stereotyped group. Repeated experiences of Stereotype Threat can lead to a vicious circle of diminished confidence, poor performance, and loss of interest in the relevant area of achievement.

The opposite of Stereotype Threat is known as Stereotype Enhancement, which entails an individual's potential to confirm a positive stereotype about their social group, and a subsequent increase in performance ability in the related task as compared to their ability prior to their exposure to the stereotype.

Advocates of Stereotype Threat explanation have been criticized for exaggerating it and for misrepresenting evidence as more conclusive than it is. 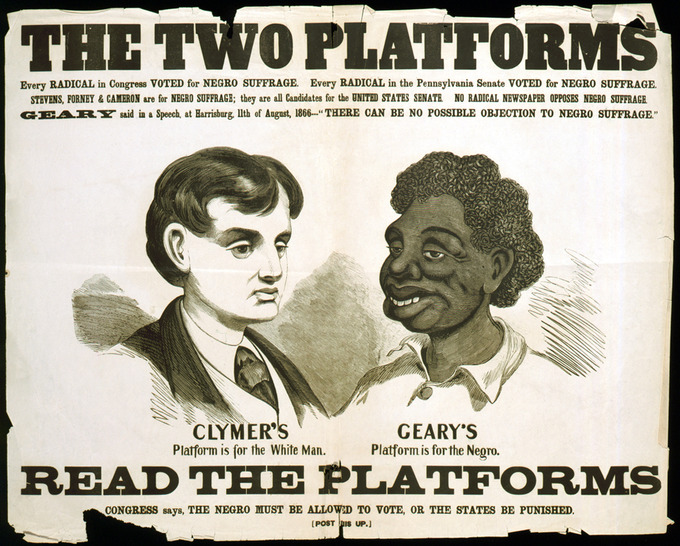 A Racist Campaign Poster: A racist political campaign poster from the 1866 Pennsylvania gubernatorial election. Psychological perspectives examine the effects of these kinds of propagated stereotypes.

Issues of race and ethnicity can be observed through three major sociological perspective conflict.d

Sociological Perspectives on Inequalities of Race and Ethnicity

HON 302-PSC 223--Emerging Theories on Sociological Perspectives on Race in the United States.docx

Clashing Views in Race and Ethnicity.docx

Functionalist perspective on race and ethnic inequality they believe....pdf

[Solved] Explain the basics of structural functionalism and then use it to... _ Course Hero.pdf

Inequities of Race and Ethnicity

Sociology Of Race And Ethnicity.pdf

The sociology of race and ethnicity-chapter 8

What are race and ethnicity

Week 9 - The Sociology of Race and Ethnicity (1).pdf