The Symbolic-Interactionist Perspective on Aging

Argue that the perception of aging is better either in the United States or in Japan, using Goffman's theory of social presentation

The Symbolic Interactionist Perspective and Aging

According to the Symbolic Interactionist Perspective, old age, and aging, are socially constructed and determined by symbols that resemble aging in social interactions. While aging itself is a biological process, the Symbolic Interactionist Perspective posits that the meaning behind being "young" or "old" is socially constructed. This means that there is no inherent cultural meaning attached to the biological process of aging. Rather, cultures imbue youth and age with particular meanings. Given the socially constructed nature of age, there are certain behaviors that people typically associate with certain age groups as being "appropriate" or "acceptable". 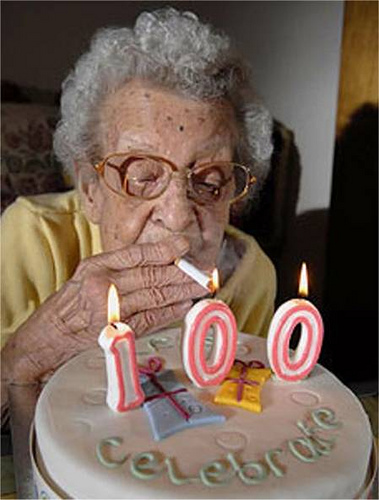 Is this Incongruous?: Given the socially constructed nature of age, there are certain behaviors that people typically associate with certain age groups as being "appropriate" or "acceptable. " Is this old woman challenging any conventional perceptions about how women of a certain age should behave?

In addition to defining terms differently, cultures treat their elderly differently and place different values on age. Many Eastern societies associate old age with wisdom and value old age much more than their Western counterparts. In Japan, adult children are expected to care for their aging parents in different ways than in the United States. 65% of Japanese elders live with their children, and very few live in nursing homes. In Japan, if a youth was to put an aging parent in an assisted living home, the behavior would be considered tantamount to neglect. Cultural norms suggest that parents should move in with their children when they are unable to care for themselves. The Japanese celebration of old age is further illustrated by the existence of Respect for the Aged Day, a national holiday to celebrate elderly citizens.

Japanese perceptions of elders diverge markedly from public perceptions of old age in the United States. Western societies tend to place such an increased value on youth that many people take extreme measures to appear young. A desire to look younger is frequently the impetus for cosmetic surgeries that can hide the physical effects of aging. These surgical practices, combined with huge expenditures on makeup and clothing, suggest a Goffmanianunderstanding of social presentation. Erving Goffman was a sociologist writing in the mid-twentieth century. His most famous work, The Presentation of Self in Everyday Life (1959), argued that whenever individuals come into contact with other people, they will attempt to control or guide the impression that others might have of them by intentionally comporting themselves in different ways. Thus, individuals take sometimes drastic action to control the appearance of their age so that others will perceive them as younger. Significantly, these social interactions occur in a social milieu that values youth. In this light, people try to appear younger to increase their sense of social value.

The Social Construct of Aging.pdf

Religiosity and Ethical Behavior in Organizations- A Symbolic Interactionist Perspective

DISCUSS HOW THE SYMBOLIC INTERACTIONIST THEORY VIEW THE PROBLEM OF POVERTY.docx

Let me start with symbolic interactionist theory in schools.docx

Given the Interactionist Perspective on education (final).docx

SOCI 1002 •  University of the West Indies at St. Augustine