The Symbolic-Interactionist Perspective on Education

Ray Rist, a sociologist, found that social class contributed to the perceptions of teachers and was a predictor of scholastic success.

Examine the relationship between social class and academic achievement


Ray Ristwas a sociologist who, in 1970, published a report linking the socioeconomic status of children to their educational achievement. Through observations of classrooms, Rist demonstrated that a student's socioeconomic status affected how teachers perceived that student's aptitude at very early ages. These early perceptions came to inform how the students viewed themselves, and had impacts on their eventual educational success.

Although public schools are free and open to all children, there are still educational setbacks for children of a lower social class. In his 1970 article, "Student Social Class and Teachers' Expectations: The Self-Fulfilling Prophecy of Ghetto Education," Ray Rist observed an African American classroom with an African American teacher. He discovered that after only eight days in the classroom, the teacher felt that she knew her students' abilities well enough to assign them to separate worktables. To Table One, she assigned those she considered "fast learners." These students sat at the front of the class, closest to her. "Average" students were placed at Table Two, and the "slow learners" were placed at Table Three in the back of the classroom.

Interestingly, Rist found that social class was the underlying basis for assigning the children to the different tables. Middle class students were placed at Table One, while children from poorer homes were placed at the other two tables. During class, the teacher paid the most attention to the children closest to her, less to Table Two, and least to Table Three. As the year went on, the children at Table One perceived that they were treated better and started viewing themselves as smarter than their peers. They emerged as leaders in class activities and even ridiculed the children at the other tables, calling them "dumb." Eventually, the children at Table Three stopped participating in classroom activities. By the end of the year, the only children who were satisfactorily completing the daily lessons were those at Table One.

The Eighth Day of Kindergarten

Following the initial year, Rist continued to observe this group of students as they advanced in school. The children's reputations followed them into second grade, where another teacher reviewed their scores and also divided her class into three groups, the "Tigers," "Cardinals," and "Clowns." These groups were constituted the exact same way, and with the exact same breakdown, as Tables One, Two, and Three. From this research, Rist made the startling conclusion that each child's journey through school was determined by the eighth day of kindergarten. According to Rist, the labels given to children by their kindergarten teachers set them on a course of action that could possibly affect the rest of their lives. 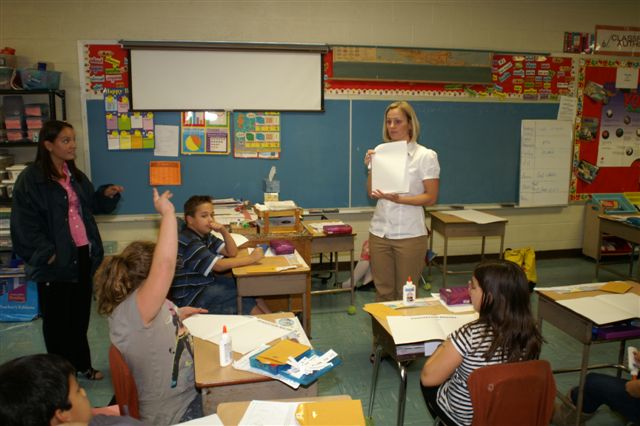 Students with teacher: Rist's research showed that teachers judge their students' abilities after only eight days in the classroom.

Discuss how a teacher's perception influences student performance, in terms of expectations and gender stereotypes

The Pygmalion effect refers to the phenomenon in which the greater the expectation placed upon people (often children or students and employees) the better they perform. The effect is named after Pygmalion, a Cypriot sculptor in a narrative by Ovid in Greek mythology, who fell in love with a female statue he had carved out of ivory after it became human due to his wishes. The Pygmalion effect is a form of self-fulfilling prophecy, and, in this respect, people will internalize their negative label, and those with positive labels succeed accordingly. Within sociology, the effect is often cited with regard to education and social class.

The Pygmalion effect was famously applied to the classroom in the Rosenthal-Jacobson study, published in 1968. In this study, Robert Rosenthal and Lenore Jacobson showed that if teachers were led to expect enhanced performance from some children, then the children did indeed show that enhancement. This influence can be beneficial as well as detrimental depending on which label an individual is assigned. The purpose of their study was to support the hypothesis that reality can be influenced by the expectations of others. Rosenthal posited that biased expectancies can essentially affect reality and create self-fulfilling prophecies as a result. In this experiment, Rosenthal predicted that, when given the information that certain students had higher IQs than others, elementary school teachers may unconsciously behave in ways that facilitate and encourage the students' success.

How might teachers' expectations create a Pygmalion effect? Teachers usually have higher expectations for students they view as higher achievers, and treat these students with more respect. For example, studies have found that when students are split into ability-based groups, the students in the higher-ability groups are more likely to demonstrate positive learning behaviors and higher achievement. Teachers' expectations may also be gendered, perhaps explaining some of the gender achievement gap. Gender stereotyping within classrooms can also lead to differences in academic achievement and representation for female and male students. Math and science are often perceived as "masculine" subjects because they lead to success in "masculine" fields, such as medicine and engineering. English and history, on the other hand, are often perceived as "feminine" subjects because they are more closely aligned with "feminine" jobs, such as teaching or care work. Research on the stereotype threat has shown that gender stereotypes decrease the mathematical self-esteem of many female students, and that this lack of academic confidence leads to anxiety and poorer performance on math exams. Therefore, these stereotypes can influence student achievement in these areas.

Gender-specific evaluations from teachers are implicit; usually the teachers have no idea that they are favoring one gender over the other until they are shown concrete evidence, such as a video recording of their classroom. However, even though the discrimination is implicit, it still has negative effects on both male and female students. 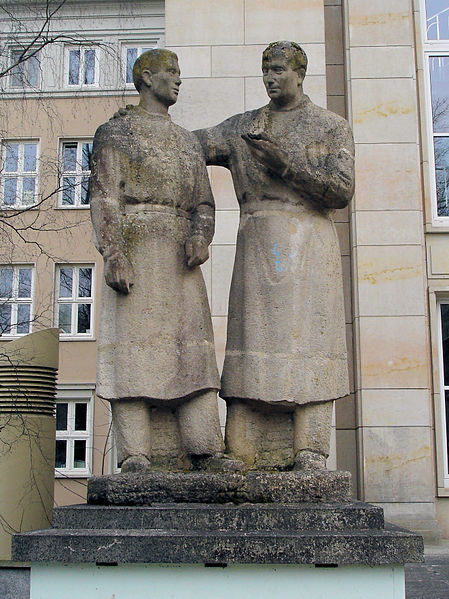 Religiosity and Ethical Behavior in Organizations- A Symbolic Interactionist Perspective

Given the Interactionist Perspective on education (final).docx

DISCUSS HOW THE SYMBOLIC INTERACTIONIST THEORY VIEW THE PROBLEM OF POVERTY.docx

Let me start with symbolic interactionist theory in schools.docx

Discussion Board- Family and Education.docx

The Teacher and the community.pptx