Emancipation During the War

In 1863, President Lincoln issued the Emancipation Proclamation, an executive order that freed the slaves in the Confederate states.

Evaluate the effects and limitations of the Emancipation Proclamation


The Emancipation Proclamation was an executive order issued by U.S. President Abraham Lincoln on January 1, 1863, during the American Civil War using his war powers. It proclaimed the freedom of slaves in the 10 states then in rebellion, applying to 3.1 million of the 4 million slaves in the United States at that time. The Proclamation immediately freed 50,000 slaves, with nearly all of the rest of the 3.1 million freed as Union armies advanced. The Proclamation did not compensate the owners, outlaw slavery, or grant ex-slaves, called " freedmen," citizenship. 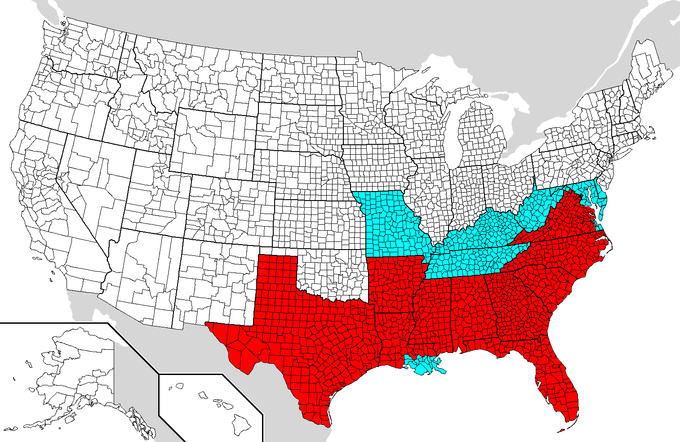 On September 22, 1862, Lincoln issued a preliminary proclamation that he would order the emancipation of all slaves in any state of the Confederate States of America that did not return to Union control by January 1, 1863. None returned, and the order, signed and issued January 1, 1863, took effect except in locations where the Union had already mostly regained control. The Proclamation made abolition a central goal of the war, outraged white Southerners who foresaw in the Proclamation the potential for race wars, angered some Northern Democrats, energized antislavery forces, and weakened resolve among Europeans who wanted to intervene to aid the Confederacy.

Many immigrants in the North viewed the freed slaves as competition for already scarce jobs and as the reason the Civil War was being fought. Due in large part to this fierce competition for labor opportunities, the poor and working-class Irish Catholics generally opposed emancipation. When the draft began in the summer of 1863, they launched a major riot in New York City that was suppressed by the military, as well as much smaller protests in other cities. Many Catholics in the North had volunteered to fight in 1861, sending thousands of soldiers to the front and taking high casualties, especially at Fredericksburg; their volunteering fell off after 1862. Sentiment among German Americans was largely antislavery, especially among Forty-Eighters. Hundreds of thousands of German Americans volunteered to fight for the Union.

President Lincoln and other Republicans were concerned that the Emancipation Proclamation would be seen as a temporary war measure because it was solely based upon Lincoln's war powers. The Proclamation did not free any slaves in the border states or make slavery illegal.

The Thirteenth Amendment to the U.S. Constitution officially outlawed slavery and involuntary servitude, except as punishment for a crime. It was passed by the Senate on April 8, 1864 and by the House on January 31, 1865, and adopted on December 6, 1865. On December 18, 1865, Secretary of State William H. Seward proclaimed the amendment to have been adopted. It was the first of three reconstruction amendments adopted after the American Civil War.

African Americans in the Military

African-American soldiers comprised 10 percent of the Union Army, with recruitment beginning following the Emancipation Proclamation in 1863.


The U.S. Congress passed the Second Confiscation Act in July 1862. It freed slaves of owners in rebellion against the United States, and a militia act empowered the president to use freed slaves in any capacity in the army. President Abraham Lincoln was concerned with public opinion in the four border states that remained in the Union, as they had numerous slaveholders, as well as with Northern Democrats who supported the war but were less supportive of abolition than many Northern Republicans.

Lincoln opposed early efforts to recruit black soldiers, although he accepted the army's using them as paid workers. Union Army setbacks in battles over the summer of 1862 led Lincoln to emancipate all slaves in states at war with the Union. In September 1862, Lincoln issued the Emancipation Proclamation, announcing that all slaves in rebellious states would be free as of January 1, 1863. Recruitment of "colored" regiments began in full force following the Proclamation.

Establishment of the USCT

The United States Colored Troops (USCT) were regiments of the U.S. Army during the American Civil War that were composed of African-American ("colored") soldiers.

The U.S. War Department issued General Order Number 143 on May 22, 1863, establishing a "Bureau of Colored Troops" to facilitate the recruitment of African-American soldiers to fight for the Union Army. By the end of the Civil War, 175 USCT regiments composed of more than 178,000 free blacks and freedmen constituted approximately one-tenth of the Union Army.

Regiments—including infantry, cavalry, engineers, light artillery, and heavy artillery units—were recruited from all states of the Union. Their service bolstered the Union war effort at a critical time.

In actual numbers, African-American soldiers comprised 10 percent of the entire Union Army. Losses among African Americans were high, and from all reported casualties, approximately 20 percent of all African Americans enrolled in the military lost their lives during the Civil War. The USCT suffered 2,751 combat casualties during the war, and 68,178 losses from all causes. Disease caused the most fatalities for all troops. Notably, the mortality rate of African-American soldiers was significantly higher than that of white soldiers.

Both enslaved and free African Americans assisted the Union in matters of intelligence, their concerted efforts known as "Black Dispatches." Notable spies for the Black Dispatches included Mary Bowser and Harriet Tubman. Although Tubman is primarily remembered for her contributions to freeing slaves via the Underground Railroad, she also used her extensive knowledge of the terrain in the South to help the Union Army. She was the first woman to lead U.S. soldiers into combat when she took a contingent of soldiers under the command of Colonel James Montgomery behind enemy lines in South Carolina where troops destroyed plantations and freed 750 slaves.

Despite these numerous contributions, discrimination persisted against African Americans in the armed forces. Although white privates received payment of $16 per month plus an optional clothing allowance of $3.50, soldiers of African descent only received $10 a month plus an optional deduction of $3 for clothing. There was no official attempt to make payment more equitable until June 15, 1864, when Congress granted equal pay to African-American soldiers. Aside from discrimination in pay, African-American soldiers also were disproportionately assigned hard-labor duties as opposed to combat assignments.

On the Confederate side, both free and enslaved African Americans were used for labor, but the issue over whether to arm them, and under what terms, became a major source of debate, and no significant numbers were ever raised or recruited. The attitude within the Confederacy toward Lincoln’s Emancipation Proclamation was very negative, with many calling for the trial of any Union soldiers captured as slave insurrectionists, an offense punishable by death.

On March 16, 1864, Confederate forces began a month-long cavalry raid in Tennessee and Kentucky to capture Union prisoners and supplies, as well as demolish forts and other Union posts, on the path to Memphis. By April 12, Brigadier General James Chalmers’s division surround Fort Pillow, an outpost most recently taken up by approximately 600 Union soldiers, almost evenly split among African-American and white soldiers. After five and a half hours of bombardment, the Confederate forces demanded surrender from the Union forces, promising that any soldiers who surrendered would be treated as prisoners of war. The Confederates had just received a fresh supply of ammunition and communicated to the Union forces that they could easily capture the fort. The Union forces requested an hour to consider the offer, but Confederate Major General Nathan Bedford Forrest rebutted that they would only allow the Union forces 20 minutes to consider their offer. In reply, Union Major William Bradford refused surrender, and Confederate forces began their assault.

"Contraband" was a term commonly used to describe an escaped slave during the Civil War.

African Americans during the Civil War

The status of African Americans, including escaped slaves from the South, was an issue in flux while the Civil War was being fought. When three slaves presented themselves to Union General Benjamin Butler in 1861 at Fort Monroe, having crossed from Confederate Norfolk County seeking asylum under cover of night, Butler refused to return them to the Confederate Army, where their services were being leased, or to their master who had leased them out. This gave rise to the term “contraband,” a word used to refer to captured enemy property. By August of the same year, Congress determined via the Confiscation Act that the United States would not return escaped slaves to their former Confederate masters. The Union soon utilized former slaves as laborers to support their war efforts and even began to pay them wages for their contributions. The Union also encouraged slave rebellions, urging slaves to undermine the power structure on plantations and flee toward relative freedom. Former slaves set up camps near Union forces, and the army helped support and educate both adults and children among the refugees. Thousands of men from these camps enlisted in the United States Colored Troops (USCT) when recruitment started in 1863. 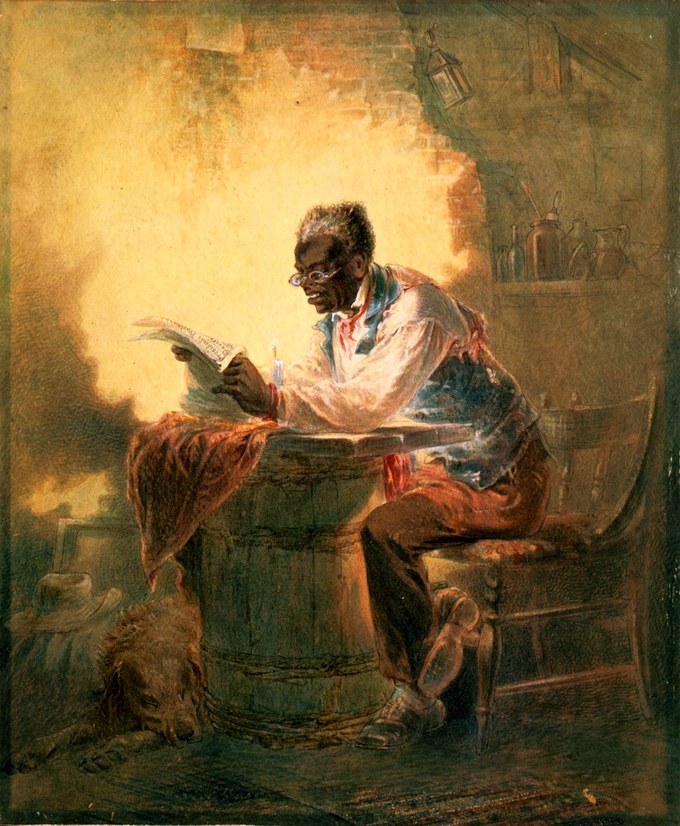 Word spread quickly among southeastern Virginia's slave communities regarding Butler’s actions and Congress’s decision not to return escaping slaves. While becoming a "contraband" did not mean acquiring full freedom, many slaves considered it a step in that direction. The day after Butler's decision, many more escaped slaves found their way to Fort Monroe and appealed for contraband status. As the number of former slaves grew too large to be housed inside the Fort, the contraband slaves erected housing outside of the crowded base from the burned ruins of the City of Hampton. They called their new settlement "Grand Contraband Camp" (which they nicknamed "Slabtown"). By the end of the war in April 1865, less than four years later, an estimated 10,000 escaped slaves had applied to gain contraband status, with many living nearby. Across the South, Union forces managed more than 100 contraband camps, although not all were as large. From a camp on Roanoke Island that started in 1862, Horace James developed the Freedmen 's Colony of Roanoke Island (1863–1867). Appointed by the Union Army, James was a Congregational chaplain who, with the freedmen, tried to create a self-sustaining colony at the island.

Outside of the protective walls of Fort Monroe, the pioneering teacher Mary S. Peake began to teach both adult and child contraband slaves to read and write. She was the first black teacher hired by the American Missionary Association, which also sent numerous Northern white teachers to the South to teach. This area of Elizabeth City County later became part of the campus of Hampton University, a historically black college. Defying a Virginia law against educating slaves, Peake and other teachers held classes outdoors under a large oak tree, which later was named the "Emancipation Oak"; in 1863, President Abraham Lincoln 's Emancipation Proclamation was read to the contraband slaves and free blacks there. For most of the contraband slaves, full emancipation did not take place until the Thirteenth Amendment to the United States Constitution abolished slavery in late 1865.

As the term itself connoted, contraband slaves were not considered citizens, despite the monumental step toward freedom it represented for the many who sought contraband status. The term added to the ambiguity of many African-Americans’ situations during the Civil War. That uncertainty continued until late 1865, when the Thirteenth Amendment was adopted and contraband slaves became eligible for full emancipation.