The surface currents described above are all large and unchanging. Local surface currents are also found along shorelines. Two are long shore currents and rip currents. Rip currents are potentially dangerous currents that carry large amounts of water offshore quickly. Look at the rip-current animation to determine what to do if you are caught in a rip current.  Each summer in the United States at least a few people die when they are caught in rip currents.Surface currents play an enormous role in Earth’s climate. Even though the equator and poles have very different climates, these regions would have more extremely different climates if ocean currents did not transfer heat from the equatorial regions to the higher latitudes. 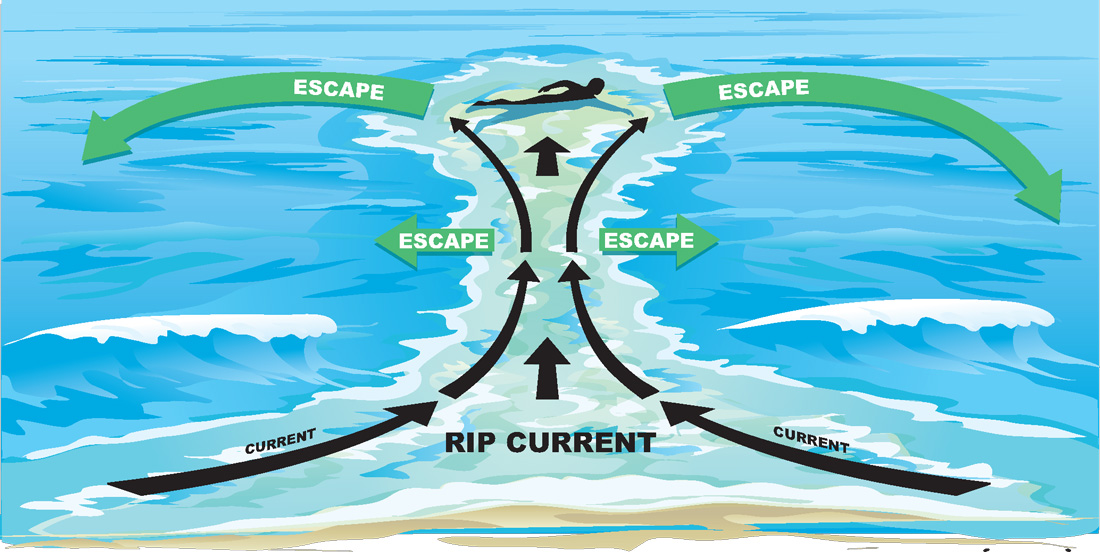 The Gulf Stream's warm waters raise temperatures in the North Sea, which raises the air temperatures over land between 3 to 6 degrees C (5 to 11 degrees F). London, U.K., for example, is at the same latitude as Quebec, Canada. However, London’s average January temperature is 3.8 degrees C (38 degrees F), while Quebec’s is only -12 degrees C (10 degrees F). Because air traveling over the warm water in the Gulf Stream picks up a lot of water, London gets a lot of rain. In contrast, Quebec is much drier and receives its precipitation as snow.

Surface Currents of the Ocean.docx