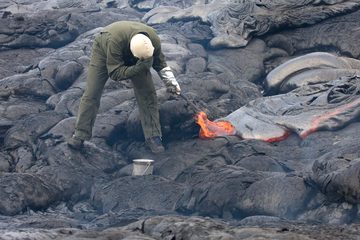 Science is a path to gaining knowledge about the natural world. The study of science also includes the body of knowledge that has been collected through scientific inquiry. To conduct a scientific investigation, scientists ask testable questions that can be systematically observed and careful evidenced collected. Then they use logical reasoning and some imagination to develop a testable idea, called a hypothesis, along with explanations to explain the idea. Finally, scientists design and conduct experiments based on their hypotheses. Scientists seek to understand the natural world by asking questions and then trying to answer the questions with evidence and logic. A scientific question must be testable and supported by empirical data. For example, our understanding of natural Earth processes helps us to understand why earthquakes occur where they do and how to understand the consequences of adding excess greenhouse gases into the atmosphere.

Science is the realm of facts and observations, not moral judgments. Scientists might enjoy studying tornadoes, but their opinion that tornadoes are exciting is not important to learning about them. Scientists increase our technological knowledge, but science does not determine how or if we use that knowledge. Scientists learned to build an atomic bomb, but scientists didn’t decide whether or when to use it. Scientists have accumulated data on warming temperatures; their models have shown the likely causes of this warming. But although scientists are largely in agreement on the causes of global warming, they can’t force politicians or individuals to pass laws or change behaviors.

For science to work, scientists must make some assumptions. The rules of nature, whether simple or complex, are the same everywhere in the universe. Natural events, structures, and landforms have natural causes and evidence from the natural world can be used to learn about those causes. The objects and events in nature can be understood through careful, systematic study. Scientific ideas can change if we gather new data or learn more. An idea, even one that is accepted today, may need to be changed slightly or even be entirely replaced if new evidence is found that contradicts it. Scientific knowledge can withstand the test of time because accepted ideas in science become more reliable as they survive more tests.

Geography is the study of the physical and cultural environments of the earth. What makes geography different from other disciplines is its focus on spatial inquiry and analysis. Geographers also try to look for connections between things such as patterns, movement and migration, trends, and so forth. This process is called geographic or spatial inquiry.

In order to to this, geographers go through a geographic methodology that is quite similar to the scientific method, but again with a geographic or spatial emphasis. This method can be simplified in a five step geographic inquiry process.

"Knowing where something is, how its location influences its characteristics, and how its location influences relationships with other phenomena are the foundation of geographic thinking. This mode of investigation asks you to see the world and all that is in it in spatial terms. Like other research methods, it also asks you to explore, analyze, and act upon the things you find. It also is important to recognize that this is the same method used by professionals around the world working to address social, economic, political, environmental, and a range of scientific issues" (ESRI).

Unit 1- Introduction to Geography as a Discipline.pdf

[23008490 - Bulletin of Geography. Physical Geography Series] The impact of solar radiation on the t

Methods, tools and concepts in geography: Introduction to Physical Geography.pdf