Acid and Base Ionization Constants

How do they etch glass?

Etching of glass is a slow process that can produce beautiful artwork. Traditionally, the glass has been treated with dilute hydrofluoric acid which gradually dissolves the glass under it. Parts of the piece that should not be etched are covered with wax or some other non-reactive material. In more recent times, compounds such as ammonium bifluoride have been used. Whichever chemical is employed, the artist must be very careful not to get any on their skin. 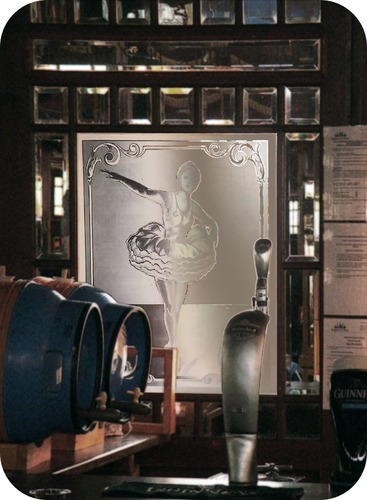 Acids are classified as either strong or weak, based on their ionization in water. A strong acid is an acid which is completely ionized in an aqueous solution. Hydrogen chloride (HCl) ionizes completely into hydrogen ions and chloride ions in water.

A weak acid is an acid that ionizes only slightly in an aqueous solution. Acetic acid (found in vinegar) is a very common weak acid. Its ionization is shown below.

The ionization for a general weak acid, HA, can be written as follows:

The acid ionization represents the fraction of the original acid that has been ionized in solution. Therefore, the numerical value of Ka is a reflection of the strength of the acid. Weak acids with relatively higher Ka values are stronger than acids with relatively lower Ka values. Because strong acids are essentially 100% ionized, the concentration of the acid in the denominator is nearly zero and the Ka value approaches infinity. For this reason, Ka values are generally reported for weak acids only. 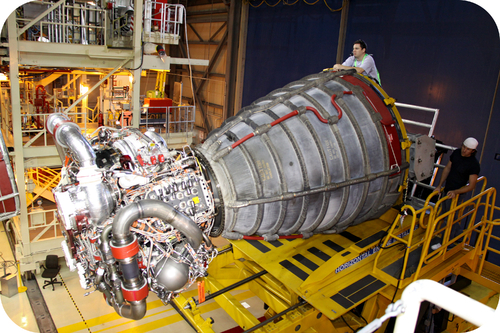 All the complex electronics and apparatus in a space shuttle generate heat, as do the astronauts. The shuttles have a complex arrangement of systems to dissipate that heat into outer space. One of the components of this system is a series of coils filled with ammonia that are located on the outside of the shuttle. Ammonia absorbs the heat and then releases it into space as the gas circulates through the coils. This approach is both inexpensive and effective.

Strong and Weak Bases and Base Ionization Constant, Kb

As with acids, bases can either be strong or weak, depending on their extent of ionization. A strong base is a base, which ionizes completely in an aqueous solution. The most common strong bases are soluble metal hydroxide compounds such as potassium hydroxide. Some metal hydroxides are not as strong simply because they are not as soluble. Calcium hydroxide is only slightly soluble in water, but the portion that does dissolve also dissociates into ions.

A weak base is a base that ionizes only slightly in an aqueous solution. Recall that a base can be defined as a substance, which accepts a hydrogen ion from another substance. When a weak base such as ammonia is dissolved in water, it accepts an H + ion from water, forming the hydroxide ion and the conjugate acid of the base, the ammonium ion.

The equilibrium greatly favors the reactants and the extent of ionization of the ammonia molecule is very small.

Notice that the conjugate base of a weak acid is also a strong base. For example, the acetate ion has a small tendency to accept a hydrogen ion from water to form acetic acid and the hydroxide ion.

Who invented the pH meter?

Beckman’s business was very successful and he used much of his fortune to fund science education and research. The Beckman family donated $40 million to build the Beckman Institute at the University of Illinois.

The numerical value of Ka or Kb can be determined from an experiment. A solution of known concentration is prepared and its pH is measured with an instrument called a pH meter . 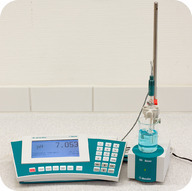 Figure 1. A pH meter is a laboratory device that provides quick, accurate measurements of the pH of solutions.

A 0.500 M solution of formic acid is prepared and its pH is measured to be 2.04. Determine the Ka for formic acid.

Step 1: List the known values and plan the problem.

Since each formic acid molecule that ionizes yields one H + ion and one formate ion (HCOO - ), the concentrations of H + and HCOO - are equal at equilibrium. We assume that the initial concentrations of each ion are zero, resulting in the following ICE table.

Step 3: Think about your result .

The value of Ka is consistent with that of a weak acid. Two significant figures are appropriate for the answer, since there are two digits after the decimal point in the reported pH.

Substituting into the Kb expression yields the Kb for ethylamine.

Acid and Base Ionization Constants of Conjugate Acid Base Pairs

ACID AND BASE (IONIZATION CONSTANT).pptx

CHEM 16 •  University of the Philippines Diliman

CHEM 23 •  University of the Philippines Visayas

Chem 2B Acid and Base Practice Problem

CHEM 2B •  University of California, Davis

CHEM 18 •  Technological Institute of the Philippines

The Determination of the Ionization Constants of Weak Acids in Mi.pdf

Determination of Ionization Constant of a Weak Acid by Potentiometric Titration

Determination of Ionization Constant of a Weak Acid by Potentiometric Titration