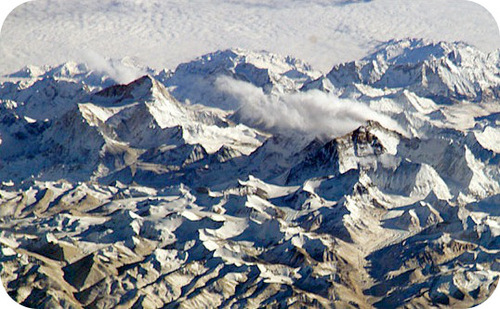 Why is it harder to breath at the top of Mount Everest than at the bottom?


At 29,029 feet (8,848 m), Mount Everest in the Himalayan range on the border between China and Nepal is the highest point on the earth. Its altitude presents many practical problems to climbers. The oxygen content of the air is much lower than at sea level, making it necessary to bring oxygen tanks along (although a few climbers have reached the peak without oxygen). One other problem is that of boiling water for cooking food. Although water boils at 100°C at sea level, the boiling point on top of Mount Everest is only about 70°C. This difference makes it very difficult to get a decent cup of tea (which definitely frustrated some of the British climbers).

As a liquid is heated, the average kinetic energy of its particles increases. The rate of evaporation increases as more and more molecules are able to escape the liquid’s surface into the vapor phase. Eventually a point is reached when the molecules all throughout the liquid have enough kinetic energy to vaporize . At this point the liquid begins to boil. The boiling point is the temperature at which the vapor pressure of a liquid is equal to the external pressure. The Figure below illustrates the boiling of liquid. 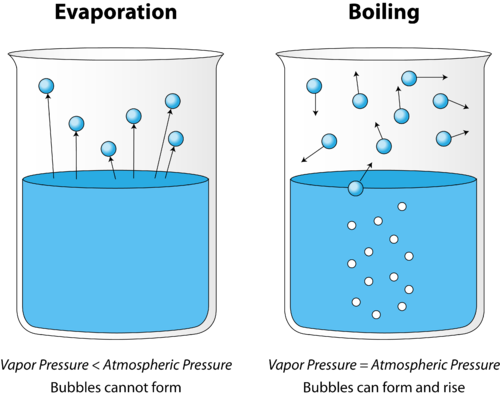 Comparison between evaporation and boiling. 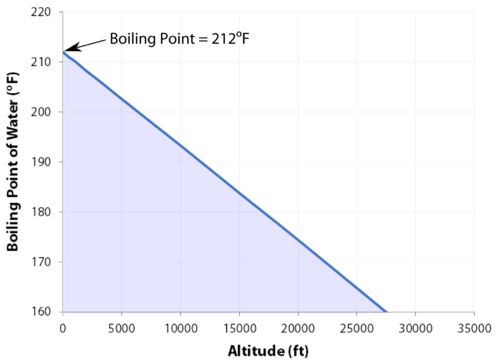 Influence of altitude on the boiling point of water.

BOILING POINT ELEVATION BY A NON.docx

Elevation of Boiling Point by a Non.docx

CHEM 3A •  University of California, Berkeley