Have you ever seen trucks pour salt on icy roads? 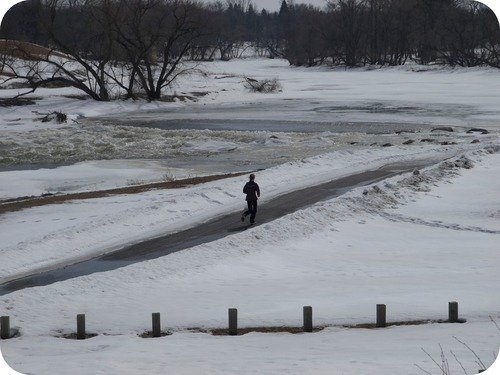 Runner on a Frozen Road. Courtesy of FEMA.

In many areas, ice on the streets and sidewalks represent a serious walking and driving hazard.  One common approach to melting the ice is to put some form of deicing salt on the surface.  Materials such as sodium chloride or calcium chloride are frequently employed for this purpose.  In order to be effective, the solid material must first dissolve and break up into the ions that make up the compound.

An ionic crystal lattice breaks apart when it is dissolved in water.  Dissociation is the separation of ions that occurs when a solid ionic compound dissolves.  It is important to be able to write dissociation equations.  Simply undo the crisscross method that you learned when writing chemical formulas of ionic compounds.  The subscripts for the ions in the chemical formulas become the coefficients of the respective ions on the product side of the equation.  Shown below are dissociation equations for NaCl, Ca(NO3)2 , and (NH4)3PO4.

Do not confuse the subscripts of the atoms within the polyatomic ion for the subscripts that result from the crisscrossing of the charges that make the original compound neutral.  The 3 subscript of the nitrate ion and the 4 subscript of the ammonium ion are part of the polyatomic ion and simply remain as part of its formula after the compound dissociates.  Notice that the compounds are solids ( s ) which then become ions in aqueous solution ( aq ). 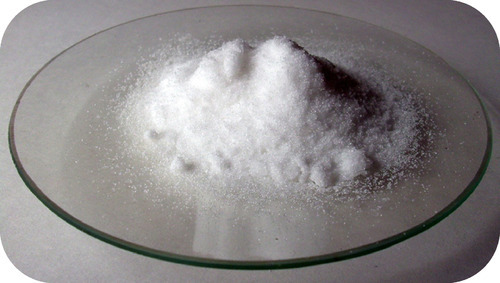 Figure 1. Calcium nitrate is a typical ionic compound. In an aqueous solution it dissociates into calcium ions and nitrate ions. By Ondřej Mangl.

Nonelectrolytes do not dissociate when forming an aqueous solution.  An equation can still be written that simply shows the solid going into solution.  For the dissolving of sucrose: