Energy in Food and Nutrition

Energy in Food and Nutrition 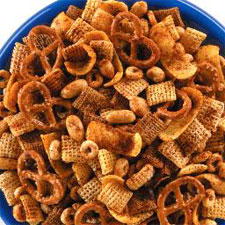 How much energy does a snack food contain?

The energy in the food that we it is measured in units of kilocalories or Calories.  The Calorie (Cal, with an uppercase C) used to measure the nutrition in food is actually 1000 calories (cal) (with a lowercase c) or 1 kilocalorie (kcal).  While the Calorie unit is used widely in the U.S., the kilojoule (kJ) is in widespread use internationally.  The conversion factors for calories, kilocalories, joules, kilojoules, and Calories are as follows:

Nutrition labels are currently a requirement on most packaged foods sold in the United States and internationally.  The nutrition facts (as they are also called) usually include how many calories are in the food, how much carbohydrates, fat and proteins are present as well as the Calories per gram of each type of energy source.  In order to determine the energy in the food, the food is burned in a calorimeter (described in more detail in the following section) in the laboratory to obtain the energy value in units of kJ/g or kcal/g, typically.  A food sample is put into a steel container containing oxygen and in the surrounding chamber, a measured amount of water.  The energy value is determined based on the mass of the food and water and the increase in temperature.

Use the information in this nutrition facts label to determine the amount of Calories (Cal = kcal) and kilojoules (kJ) from fat, carbohydrates and protein in the snack mix.

Step 1: List the known quantities and plan the problem .

Step 3: Think about your result .

For the snack food in this example, most of the energy is coming from fat first, then from carbohydrates and finally from protein when these three sources of energy are considered.

For more practice, find nutrition labels on the foods you consume at home or online and determine the amount of energy from fat, protein and carbohydrates in each.

Chemistry is the Backbone of Food and Nutrition.docx

Energy in Food and Nutrition.docx

Written by one of the pioneers in the chemistry of food and nutrition.docx

5. Food and Nutrient Intake and Nutritional Status of Finnish Vegan and Non-Vegetarians.pdf

CHEM 107 •  University of the Southern Caribbean

Burning calories how much energy is stored in different types of food.docx