What are the different uses of lasers? 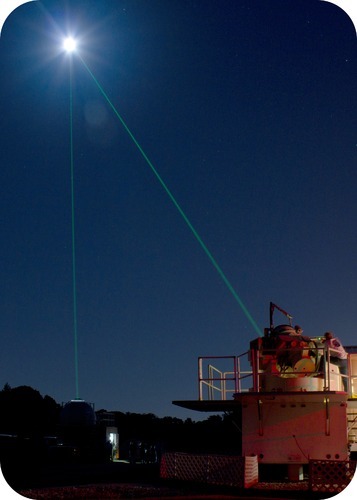 Lasers have numerous applications outside the physics lab. These devices can be employed to measure distances accurately and many commercial instruments are used in construction for laying out a building site. When the light beam strikes a solid object, it is reflected back and the device determines how far away the object is.

There is such a significant difference between the mass of the light beam (photons) and the mass of the object, the beam does not disturb the object at all. One measurement of interest was the use of a laser to measure the distance from the Earth to the moon (see figure above). The impact of the photons from the laser on the moon had absolutely no effect on the moon’s orbit.

Another feature that is unique to quantum mechanics is the uncertainty principle. The Heisenberg Uncertainty Principle states that it is impossible to determine simultaneously both the position and the velocity of a particle. The detection of an electron, for example, would be made by way of its interaction with photons of light. Since photons and electrons have nearly the same energy, any attempt to locate an electron with a photon will knock the electron off course, resulting in uncertainty about where the electron is located (see Figure below). We do not have to worry about the uncertainty principle with large everyday objects because of their mass. If you are looking for something with a flashlight, the photons coming from the flashlight are not going to cause the thing you are looking for to move. This is not the case with atomic-sized particles, leading scientists to a new understanding about how to envision the location of the electrons within atoms. 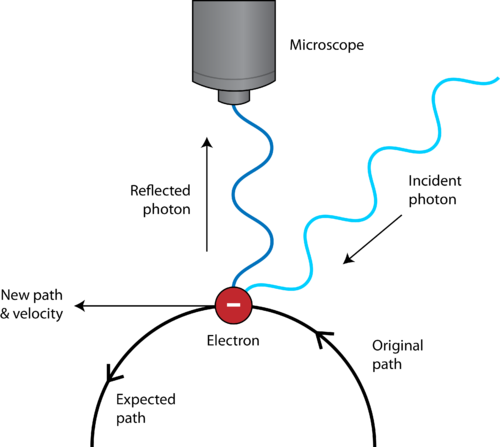 Figure 1. Heisenberg Uncertainty Principle: The observation of an electron with a microscope requires reflection of a photon off of the electron. This reflected photon causes a change in the path of the electron.

12. Heisenberg Uncertainty Principle and its applications.pdf