How are electrons organized in atoms? 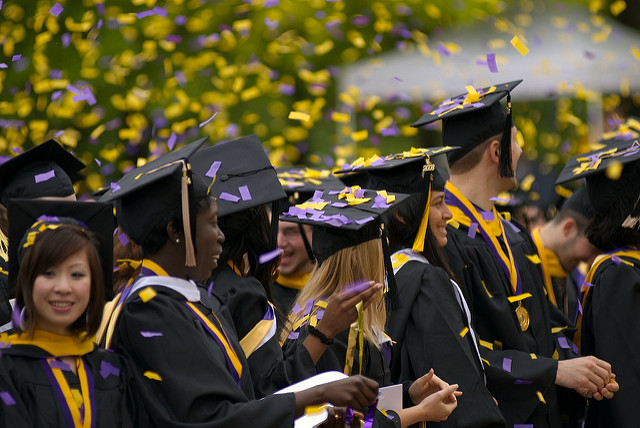 Graduations are exciting events in one's life.  The processional, the ceremonies, even the speeches can be handled because this marks the end of a stage of life and the beginning of another one. The ceremony itself is challenging for those organizing it.  There are just enough seats on the stage for the graduates.  How do you avoid getting too many people in a row and not enough in the next row? Someone is stationed at the end of the row to count the students as they enter.  Only so many are allowed to go into a row, and then you begin to fill the next row.  Electrons in atoms behave the same way.  There are rules that determine where electrons go in compounds.