How cold are ultracold polar molecules? 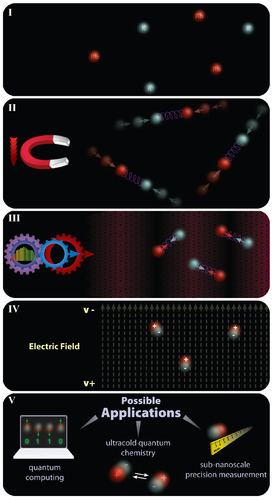 Ultracold polar molecules have been created by research scientists. These “molecules” consists of Rb and K atoms excited by lasers to form a type of Rb-K compound where the Rb has a positive charge and the K has a negative charge. The material is formed at temperatures extremely close to absolute zero. The researchers believe these techniques will help them make new reactions and new materials.

Figure 1. A dipole is any molecule with a positive end and a negative end, resulting from unequal distribution of electron density throughout the molecule. 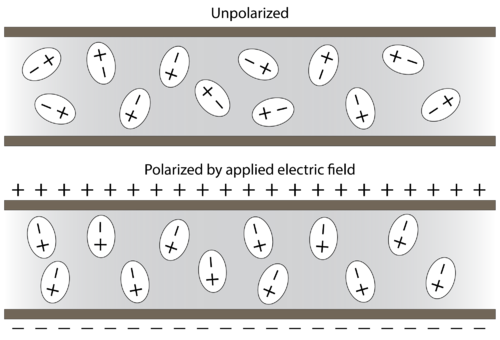 Figure 2. Polar molecules are randomly oriented in the absence of an applied electric field (top). In an electric field, the molecules orient themselves because of the attraction of opposite charges (bottom).

For molecules with more than two atoms, the molecular geometry must also be taken into account when determining if the molecule is polar or nonpolar. Figure 3 below shows a comparison between carbon dioxide and water. Carbon dioxide (CO 2 ) is a linear molecule. The oxygen atoms are more electronegative than the carbon atom, so there are two individual dipoles pointing outward from the C atom to each O atom. However, since the dipoles are of equal strength and are oriented in this way, they cancel each other out and the overall molecular polarity of CO 2 is zero.

Water is a bent molecule because of the two lone pairs on the central oxygen atom. The individual dipoles point from the H atoms toward the O atom. Because of the shape, the dipoles do not cancel each other out and the water molecule is polar. In the figure below, the net dipole is shown in blue and points upward.

Figure 3. The molecular geometry of a molecule affects its polarity.

Some other molecules are shown in Figure 4 below. Notice that a tetrahedral molecule such as CH 4 is nonpolar. However, if one of the peripheral H atoms is replaced with another atom that has a different electronegativity, the molecule becomes polar. A trigonal planar molecule (BF 3 ) may be nonpolar if all three peripheral atoms are the same, but a trigonal pyramidal molecule (NH 3 ) is polar. 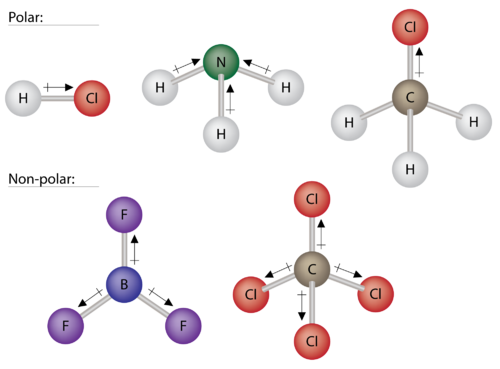 Figure 4. Some examples of polar and nonpolar molecules based on molecular geometry.

Science 10 •  University of the Philippines Visayas

The Difference Between Polar and Non-Polar Molecules - Alexander England.docx