The newsflash interrupts your favorite TV program. “There has been a hold-up at the First National Bank. The suspect fled in a car and is believed to be somewhere in the downtown district. Everyone is asked to be on the alert.” The robber can be located only within a certain area—the police do not have an exact location, just a general idea as to the whereabouts of the thief.

In 1926, Austrian physicist Erwin Schrödinger (1887–1961) used the wave-particle duality of the electron to develop and solve a complex mathematical equation that accurately described the behavior of the electron in a hydrogen atom. The quantum mechanical model of the atom comes from the solution to Schrödinger’s equation. Quantization of electron energies is a requirement in order to solve the equation. This is unlike the Bohr model, in which quantization was simply assumed with no mathematical basis. 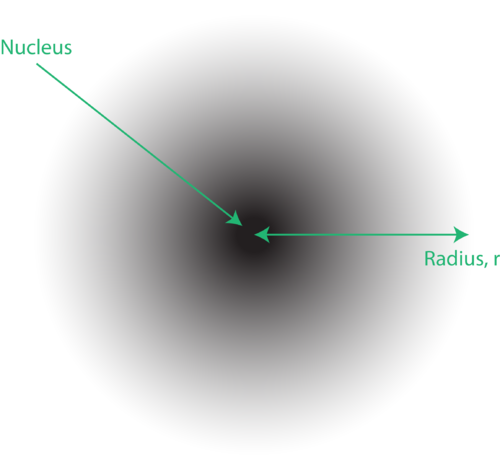