How do you make sure a compound is pure? 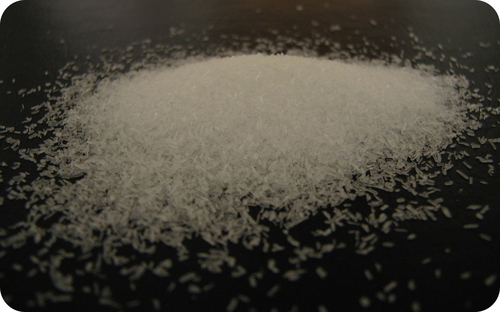 When compounds are synthesized, they often have contaminating materials mixed in with them. The process of recrystallization can be used to remove these impurities. The crystals are dissolved in a hot solvent, forming a solution. When the solvent is cooled the compound is no longer as soluble and will precipitate out of solution, leaving other materials still dissolved.

Table salt (NaCl) readily dissolves in water. Suppose that you have a beaker of water to which you add some salt, stirring until it dissolves. So you add more and that dissolves. You keep adding more and more salt, eventually reaching a point that no more of the salt will dissolve no matter how long or how vigorously you stir it. Why? On the molecular level, we know that action of the water causes the individual ions to break apart from the salt crystal and enter the solution, where they remain hydrated by water molecules. What also happens is that some of the dissolved ions collide back again with the crystal and remain there. Recrystallization is the process of dissolved solute returning to the solid state. At some point the rate at which the solid salt is dissolving becomes equal to the rate at which the dissolved solute is recrystallizing. When that point is reached, the total amount of dissolved salt remains unchanged. Solution equilibrium is the physical state described by the opposing processes of dissolution and recrystallization occurring at the same rate. The solution equilibrium for the dissolving of sodium chloride can be represented by one of two equations.

While this shows the change of state back and forth between solid and aqueous solution, the preferred equation also shows the dissociation that occurs as an ionic solid dissolves. 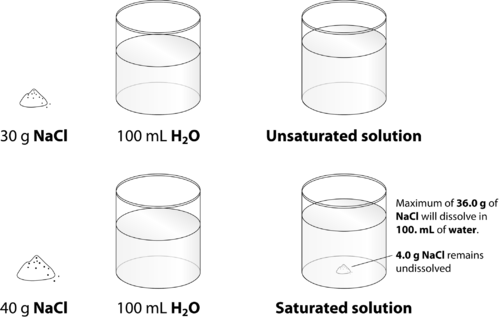 Watch the video at the link below and answer the following questions: