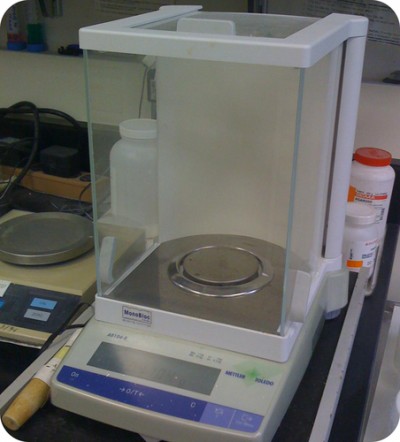 At one time, a major analytical technique was gravimetric analysis. An ion would be precipitated out of solution, purified, and weighed to determine the amount of that ion in the original material. As an example, measurement of Ca 2+ involved dissolving the sample in water, precipitating the calcium as calcium oxalate, purifying the precipitate, drying it, and weighing the final product. Although this approach can be very accurate (atomic weights for many elements were determined this way), the process is slow, tedious, and prone to a number of errors in technique. Newer methods are now available that measure minute amounts of calcium ions in solution without the long, involved gravimetric approach.

Most ionic compounds that are considered to be insoluble will still dissolve to a small extent in water. These “mostly insoluble” compounds are considered to be strong electrolytes because whatever portion of the compound that dissolved also dissociates. As an example, silver chloride dissociates to a small extent into silver ions and chloride ions upon being added to water.

The process is written as an equilibrium because the dissociation occurs only to a small extent. Therefore, an equilibrium expression can be written for the process. Keep in mind that the solid silver chloride does not have a variable concentration and so is not included in the expression.

This equilibrium constant is called the solubility product constant ,

and is equal to the mathematical product of the ions each raised to the power of the coefficient of the ion in the dissociation equation.

expression. For example the formula of calcium phosphate is Ca 3 (PO 4 ) 2 . The dissociation equation and

expression are shown below:

Read the material at the following link and solve the problems at the end of the reading: http://www.tonywhiddon.org/lhs/apchemistry/studyguides/solubility/ksp.htm