What is this model airplane composed of? 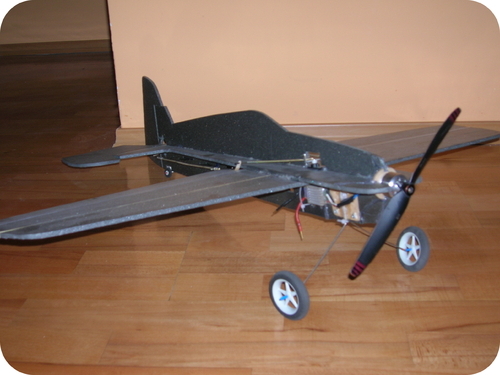 Millions of children over the years have enjoyed building models—this model airplane is one example of the types of models that can be constructed. Perhaps sixty years ago the models were made of balsa wood, a very light material. Parts would be cut by hand, carefully glued together, and then covered with paper or other fabric.

The development of plastics made the construction of model aircraft much simpler in many respects. And, the end-product is more durable and damage-proof.

A model serves a useful purpose—it gives us an idea of what the real thing is like. The model plane seen above has wings, a tail, and an engine just like the real thing. This model also has a propeller, as is the case with most small planes and some smaller passenger planes. However, the model is not the real thing. We certainly cannot fly people or cargo in the model (besides maybe a tiny mouse), but we can get some idea of what a real plane looks like and how it works.

Science uses many models to explain ideas.  We model the electron as a very small particle with a negative charge. That gives us a picture, but a very incomplete one. This picture works fine for most chemists, but is inadequate for a physicist.  Models give us a start toward understanding structures and processes, but certainly are not a complete representation of the entity we are examining.

The electron was discovered by J.J. Thomson in 1897. The existence of protons was also known, as was the fact that atoms were neutral in charge.  Since the intact atom had no net charge and the electron and proton had opposite charges, the next step after the discovery of subatomic particles was to figure out how these particles were arranged in the atom. This is a difficult task because of the incredibly small size of the atom. Therefore, scientists set out to design a model of what they believed the atom could look like. The goal of each atomic model was to accurately represent all of the experimental evidence about atoms in the simplest way possible. 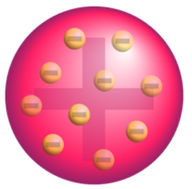 Following the discovery of the electron, J.J. Thomson developed what became known as the “plum pudding” model in 1904. Plum pudding is an English dessert similar to a blueberry muffin. In Thomson’s plum pudding model of the atom, the electrons were embedded in a uniform sphere of positive charge like blueberries stuck into a muffin. The positive matter was thought to be jelly- like or a thick soup. The electrons were somewhat mobile.  As they got closer to the outer portion of the atom, the positive charge in the region was greater than the neighboring negative charges and the electron would be pulled back more toward the center region of the atom.

However, this model of the atom soon gave way to a new model developed by New Zealander Ernest Rutherford (1871-1937) about five years later.  Thomson did still receive many honors during his lifetime, including being awarded the Nobel Prize in Physics in 1906 and a knighthood in 1908.

Thomson's Atomic Model And Its Limitations.docx