What is the fastest way to boil water?

What is the fastest way to boil water?


One of the first lessons in cooking is how to boil water. Yes, it sounds simple, but there are a couple of hints that speed things up. One hint is to put a lid on the pot. The picture above has water boiling uncovered with the steam escaping to the atmosphere. If the lid is on the pot, less water will be boiled off and the water will boil faster. The buildup of pressure inside the pot helps speed up the boiling process. 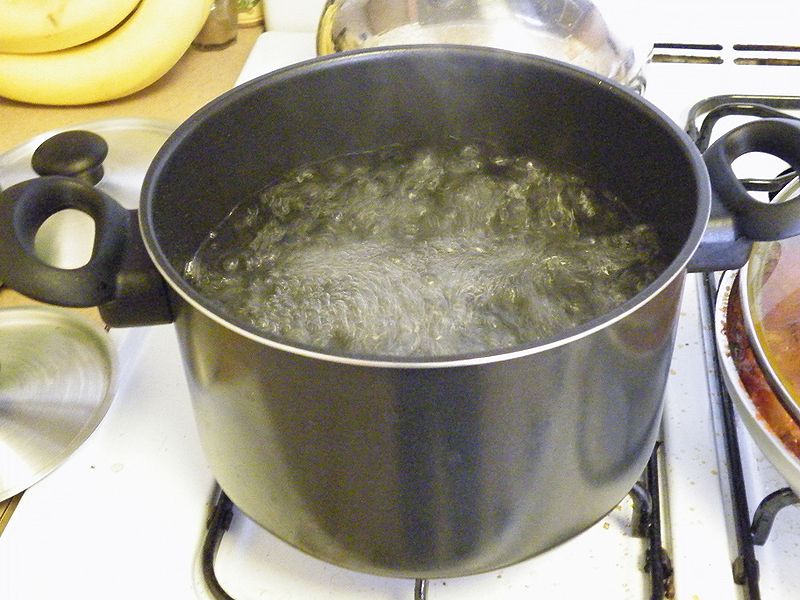 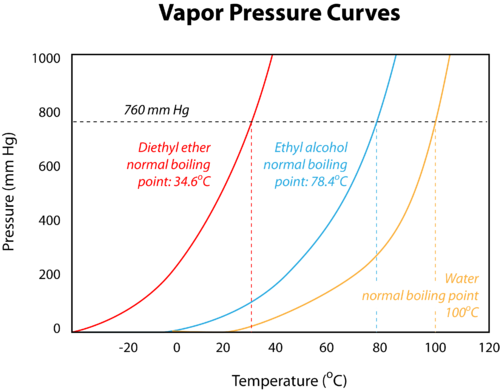 The boiling points of liquid also correlate to the strength of the intermolecular forces. Recall that diethyl ether has weak dispersion forces, which meant that the liquid has a high vapor pressure. The weak forces also mean that it does not require a large an input of energy to make diethyl ether boil and so it has a relatively low normal boiling point of 34.6°C. Water, with its much stronger hydrogen bonding, has a low vapor pressure and a higher normal boiling point of 100°C. 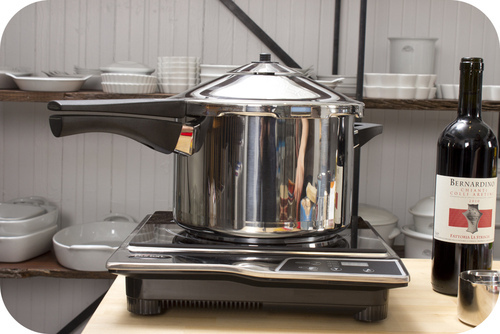 The effect of decreased air pressure can be demonstrated by placing a beaker of water in a vacuum chamber. At a low enough pressure, about 20 mmHg, water will boil at room temperature.

Use the video below to answer the following questions: