The use of a biocultural framework can be viewed as the application of a theoretical lens through which disease and embodiment are integrated. This way of understanding takes local, cultural views and understanding of illness and disease and the local practices of traditional or biomedical healing. "This integrative work requires a significant focus on methods, and an openness to different, often competing theoretical paradigms. Studying health and healing from a biocultural perspective takes illness and/or disease and puts it in the context of how a culture embodies the illness they feel as a result of the disease.

Thus, a biocultural approach can be understood as a feedback system through which the biological and cultural interact; biology allows certain behaviors to exist and in turn those behaviors influence biological traits. Through the understanding of both the biological and cultural implications of disease and embodiment, healing becomes a cultural product, something that makes sense within a particular cultural context. Biocultural research involves integrating how cultures approach health and healing based on gender, class, age, education, and their own traditional experience with illness and healing.

There are three different approaches to biocultural research:

Under the influence of Franz Boas and a number of his early students, 20th century American anthropology emphasized a holistic, four-field approach to the study of human life[2] . Holism can be defined as “overarching and integrated”[3] , “encompassing past, present and future; biology, society, language and culture”[4] and assumes “an interrelationship among parts of a subject”[5] . As a result of this emphasis, anthropologists were encouraged to pursue training and research that integrated the cultural, biological, archaeological and linguistic subfields of anthropology.

In response to critiques that the idea that four-field holism is merely an artifact of 19th century anthropology, divisions have occurred between biological and cultural anthropologists[6] [7] . These cleavages had become so contentious that some departments fully split, such as the highly publicized Stanford University division into departments of "Cultural and Social Anthropology" and "Anthropological Sciences" in 1998[8] . While the department has since been reconstituted[9] and some of these ideological divisions are closing, there continues to be debate in this area.

In “Building a New Biocultural Synthesis”[10] , Alan Goodman and Thomas Leatherman discuss a history of biocultural anthropology. They note that work in the 1960s and 1970s focused on an adaptation paradigm, which sought to understand human biological diversity. The adaptation paradigm hypothesized that physical and social environments present challenges, and humans try to adjust or cope with these challenges through genetic, developmental, physiological, and sociocultural adaptations. One example of this type of work would be Livingstone’s work demonstrating the adaptive nature of sickle cell anemia in high malaria environments[11]

But while this approach sought to integrate biology and culture, there were significant critiques. Typically, aspects of environments and organisms were analyzed as independent and dependent variables; the environment was seen as presenting challenges while the organism was reduced to a set of discrete traits or responses. However, these types of research were characterized as being inherently reductionist because biology and culture are dialectically intertwined[12] . Another critique of the adaptation paradigm was the lack of acknowledgment of political economic forces in their analyses. Anthropologists engaged in adaptation work were accused of “missing the revolution” in Peru[13] .

Political economy is an anthropological perspective that emerged in the 1970s which views “sociocultural form at the local level as penetrated and influenced by global capitalism[14] . Political economy can also be conceived as the “web of interrelated economic and power relations in society”[15] within which the intersection of global processes and local actors, histories and systems must be examined[16] .

At the Wenner-Gren Foundation International Symposium held in 1992, anthropologists from various subfields discussed ways to revitalize physical anthropology and more closely integrate it with other subdisciplines of anthropology[17] . One of the main themes of the conference was the question of how a focus on political economy could promote interdisciplinary work between the fields of cultural and biological anthropology. Leatherman and Goodman (1998:19) argue that political economic perspectives are useful “(b)ecause human biologies are affected by and reciprocally influence such factors as the control, production, and distribution of material resources, ideology, and power”. In addition, Goodman and Leatherman (1998:19-20) highlight the contributions that political economic perspectives bring to biocultural anthropology, which include:

An example of incorporating a political economic perspective into biocultural anthropology is the work conducted by Thomas Leatherman in the Peruvian Andes. Leatherman’s work sought to understand the health and social implications of material inequalities by focusing on broad social, structural and political economic forces that shaped individual coping strategies, nutrition, growth and development, behavior, and health outcomes[18] [19]

Critical anthropology can be seen as critiquing the concept of positivism[20] , questioning not only epistemology but also relations of power and hegemony within anthropology itself[21] . It has been argued that the application of a critical lens to biocultural anthropology provides a “strong sense of the contingency of social realities”, and shows “how power and meaning are constructed in specific contexts and moments of everyday action and discourse” (Goodman and Leatherman 1998: 14). By merging critical perspectives with biocultural anthropology, we can acknowledge the shift from “viewing science and scientists as absolute authorities and problem solvers” (Goodman and Leatherman 1998: 14). In doing so, we can open a space for collaboration as well as reflexivity about what we “know” and how we know it.

One example of critical biocultural anthropology is Michael Blakey and colleagues’ work with the African Burial Ground in New York. In his contribution to “Building a New Biocultural Synthesis” (1998, University of Michigan Press), Blakey sought to make four points:

Michael Blakey and colleagues also discuss the “interaction between ethics and theory” related to carrying out this 12-year project, and offer recommendation on how to carry out critical, engaged, multidisciplinary research informed by political economy[22] . 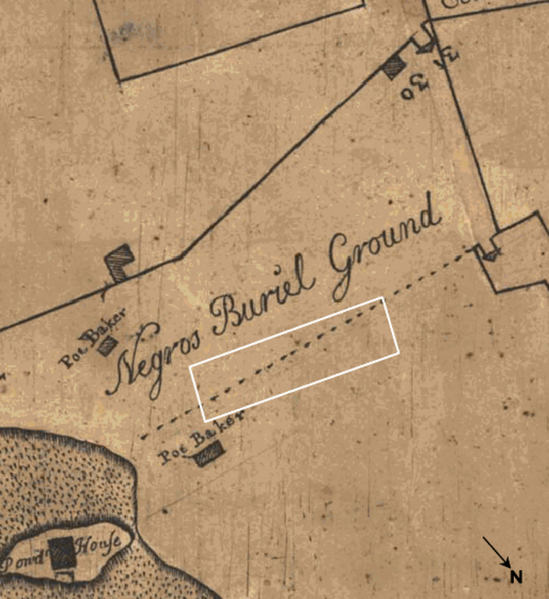 For example, cancer is a multifaceted, complicated disease. Biocultural approaches on how to treat cancer and get the patient on the path to healing would also have to be multifaceted and complicated. It would involve not only the biomedicine aspects, chemotherapy, surgery, radiation, and gene therapy, but also treat the illness that comes with disease. There would have to be aspects of healing that deal with the hair loss, weight loss, water retention, color changes, nausea, as well as the emotional trauma that comes with a chronic disease, all in the cultural context of the patient.

Another example could be the different views of how to treat addiction. Addiction can be understood to be partly caused by genetics, sociocultural conditions and environment matter for the manifestation and expression of addictive behavior. There are also two different approaches in how to treat addiction: the Addiction as Disease biological model and the Disease Model of Addiction cultural model. Neither is comprehensive or entirely successful. The cultural model provides an explanation of the addiction phenomenon, accounts for anxiety and uncertainty, and carries cultural weight but is judged because it is a made up explanation that those in the field can make money off. The biological model understands that biological pathways are involved in this chronic, relapsing disease that progressively worsens over time. It does not account for the different cultural compounding factors that affect these pathways and their manifestation. A melding of the two models through biological and behavioral therapy is currently the best healing mechanism we have for addiction.