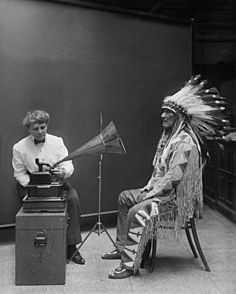 Ethnomusicology is an area of study that encompasses distinct theoretical and methodical approaches to the study of music that emphasizes the cultural, social, material, cognitive, biological, and other dimensions or contexts of musical behavior instead of or in addition to its isolated sound component.

The term ethnomusicology, said to have been first coined by Jaap Kunst from the Greek words ἔθνος (ethnos, "nation") and μουσική (mousike, "music"), is often defined as the anthropology or ethnography of music, or as musical anthropology.[1] During its early development from comparative musicology in the 1950s, ethnomusicology was primarily oriented toward non-Western music, but for several decades has included the study of all and any musics of the world (including Western art music and popular music) from anthropological, sociological and intercultural perspectives. Bruno Nettl once characterized ethnomusicology as a product of Western thinking, proclaiming that "ethnomusicology as western culture knows it is actually a western phenomenon";[2] in 1992, Jeff Todd Titon described it as the study of "people making music".[3] 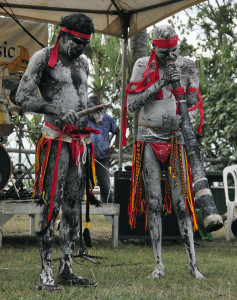 Stated broadly, ethnomusicology may be described as a holistic investigation of music in its cultural contexts.[4] Combining aspects of folklore, psychology, cultural anthropology, linguistics, comparative musicology, music theory, and history,[5] ethnomusicology has adopted perspectives from a multitude of disciplines.[6] This disciplinary variety has given rise to many definitions of the field, and attitudes and foci of ethnomusicologists have evolved since initial studies in the area of comparative musicology in the early 1900s. When the field first came into existence, it was largely limited to the study of non-Western music—in contrast to the study of Western art music, which had been the focus of conventional musicology. In fact, the field was referred to early in its existence as “comparative musicology,” defining Western musical traditions as the standard to which all other musics were compared, though this term fell out of use in the 1950s as critics for the practices associated with it became more vocal about ethnomusicology's distinction from musicology.[7] Over time, the definition broadened to include study of all the musics of the world according to certain approaches.[8][9]

While there is not a single, authoritative definition for ethnomusicology, a number of constants appear in the definitions employed by leading scholars in the field. It is agreed upon that ethnomusicologists look at music from beyond a purely sonic and historical perspective, and look instead at music within culture, music as culture, and music as a reflection of culture.[7][9] In addition, many ethnomusicological studies share common methodological approaches encapsulated in ethnographic fieldwork, often conducting primary fieldwork among those who make the music, learning languages and the music itself, and taking on the role of a participant observer in learning to perform in a musical tradition, a practice Hood termed "bi-musicality".[10] Musical fieldworkers often also collect recordings and contextual information about the music of interest.[7] Thus, ethnomusicological studies do not rely on printed or manuscript sources as the primary source of epistemic authority.

Cultural Dances In The World.edited.docx