Culture is the patterns of learned and shared behavior and beliefs of a particular social, ethnic, or age group. It can also be described as the complex whole of collective human beliefs with a structured stage of civilization that can be specific to a nation or time period. Humans in turn use culture to adapt and transform the world they live in.

This idea of Culture can be seen in the way that we describe the Ashanti, an African tribe located in central Ghana. The Ashanti live with their families as you might assume but the meaning of how and why they live with whom is an important aspect of Ashanti culture. In the Ashanti culture, the family and the mother’s clan are most important. A child is said to inherit the father’s soul or spirit (ntoro) and from the mother, a child receives flesh and blood (mogya). This relates them more closely to the mother’s clan. The Ashanti live in an extended family. The family lives in various homes or huts that are set up around a courtyard. The head of the household is usually the oldest brother that lives there. He is chosen by the elders. He is called either Father or Housefather and everyone in the household obeys him.[1]

The anthropological study of culture can be organized along two persistent and basic themes: Diversity and Change. An individual's upbringing, and environment (or culture) is what makes them diverse from other cultures. It is the differences between all cultures and sub-cultures of the worlds regions. People's need to adapt and transform to physical, biological and cultural forces to survive represents the second theme, Change. Culture generally changes for one of two reasons: selective transmission or to meet changing needs. This means that when a village or culture is met with new challenges for example a loss of a food source, they must change the way they live. This could mean almost anything to the culture, including possible forced redistribution of, or relocation from ancestral domains due to external and/or internal forces. And an anthropologist would look at that and study their ways to learn from them.

•Shared meaning that it defines a group and meets common needs.

•Patterned meaning that that there is a recourse of similar ideas. Related cultural beliefs and practices show up repeatedly in different areas of social life.

•Symbolic which means that there are simple and arbitrary signs that represent something else, something more.

At its most basic level, the difference between Culture and culture is in the way they are defined. Culture with a capital C refers to the ability of the human species to absorb and imitate patterned and symbolic ideas that ultimately further their survival. Culture is a trait all humans have, whereas culture with a lower case c refers to a particular learned way of life and set of patterns an individual person has picked up, representing one variation amongst many different cultures. 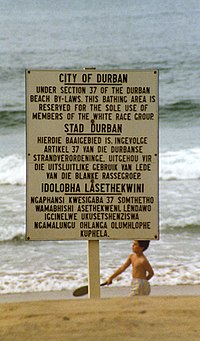 The concept of Culture vs. culture becomes more complex when it comes to how the two terms are misinterpreted and misused. Originally the overlap of the two concepts had a positive effect, especially during colonial times; it helped spread the idea that vulnerable seemingly “primitive” and “uncivilized” cultures had some intrinsic value and deserved protection from other more dominating cultures. But there are drawbacks to this mentality, as it assumes first that culture is a static thing that it can be preserved, unchanged by the changing people and times it runs into. It also assumes that the people accept at face value and do not wish to change their patterns or ways of life. If people then do change, often they are criticized by member from within and outside their own culture for not valuing ‘authenticity’ and tradition. This relates to the Culture vs. culture in that anthropology’s focus and appreciation of Culture and how it develops differently can be twisted when talking about Cultural relativism or human rights. Appreciation and defense of Culture does not imply blind tolerance to all aspects of all cultures. A pertinent example of this would be Female Genital Cutting and how as an aspect of little c culture, it can be examined and judged a violation of human rights. This does not however, diminish an anthropologist’s appreciation for the ability of the human being to develop Culture.

An example of how defense of culture has been misused is in apartheid South Africa, where the white supremacist government justified the oppression of black Africans, or the bantu peoples because their aim was a “higher Bantu culture and not at producing black Europeans”. They argued that “not race but culture was the true base of difference, the sign of destiny. And cultural differences were to be valued”. In such cases, the abuse of the term is clear, in that they were using it as a basis for unequal treatment and access to services such as education.

ANTH 130 •  The University of Tennessee, Knoxville

Transcript for _Introduction to Cultural Anthropology_ Culture and Meaning_.docx

ANTHRO 2A 2a •  University of California, Irvine

Notes Cultural Anthropology what is Culture

1- In socio-cultural anthropology's focus centered on culture, it is differentiated from other