How many years is a "long time"? We often express time in hours or days, and 10 or 20 years certainly feels like a long time. Imagine if you needed to think about one million, 100 million, or even several billion years. These exceptional lengths of time seem unbelievable, but they are exactly the spans of times that scientists use to describe the Earth.


The Earth is 4 1⁄2 billion years old. That's 4,500,000,000 years! Have places like the Grand Canyon and the Mississippi River been around for all of those years, or were they formed more recently? When did the giant Rocky Mountains form and when did dinosaurs walk the Earth? To answer these questions, you have to think about times that were millions or billions of years ago.

Historical geologists are scientists who study the Earth's past. They study clues left on the Earth to learn two main things: the order in which events happened on Earth, and how long it took for those events to happen. For example, they have learned that the Mississippi River formed many millions of years after the Grand Canyon began forming. They have also concluded that dinosaurs lived on the Earth for about 200 million years.

Scientists have put together the geologic time scale to describe the order and duration of major events on Earth for the last 4 1⁄2 billion years. Some examples of events listed on the geologic time scale include the first appearance of plant life on Earth, the first appearance of animals on Earth, the formation of Earth's mountains, and the extinction of the dinosaurs.

You will learn about some of the scientific principles that historical geologists use to describe Earth's past. You will also learn some of the clues that scientists use to learn about the past and shows you what the geologic time scale looks like.

Before you work through this lesson, think about the following questions. Be sure that you can answer each one. They will help you better understand this lesson.

The first principle you need to understand about geologic time is that the laws of nature are always the same. This means that the laws describing how things work are the same today as they were billions of years ago. For example, water freezes at 0°C. This law has always been true and always will be true. Knowing the natural laws helps you think about Earth's past, because it gives you clues about how things happened very long ago. It means that we can use present-day processes to interpret the past. Imagine you find fossils of sea animals in a rock. The laws of nature say that sea animals must live in the sea. That law has never changed, so the rock must have formed near the sea. The rock may be millions of years old, but the fossils in it are a clue for us today about how it formed.

Now imagine that you find that same rock with fossils of a sea animal in a place that is very dry and nowhere near the sea. How could that be? Remember that the laws of nature never change. Therefore, the fossil means that the rock definitely formed by the sea. This tells you that even though the area is now dry, it must have once been underwater. Clues like this have helped scientists learn that Earth's surface features have changed many times. Spots that were once covered by warm seas may now be cool and dry. Places that now have tall mountains may have once been low, flat ground. These kinds of changes take place over many millions of years, but they are still slowly going on today. The place where you live right now may look very different in the far future.

The clues in rocks help scientists put together a picture of how places on Earth have changed. Scientists noticed in the 1700s and 1800s that similar layers of sedimentary rocks all over the world contain similar fossils. They used relative dating to order the rock layers from oldest to youngest. In the process of relative dating, scientists do not determine the exact age of a fossil but do learn which ones are older or younger than others. They saw that the fossils in older rocks are different from the fossils in younger rocks. For example, older rock layers contain only reptile fossils, but younger rock layers may also contain mammal fossils.

Scientists divided Earth's history into several chunks of time when the fossils showed similar things living on the Earth. They gave each chunk of time a name to help them keep track of how Earth has changed. For example, one chunk of time when many dinosaurs lived is called the Jurassic. We find fossils of Earth's first green plants from the chunk of time named the Ordovician. Many of the scientists who first assigned names to times in Earth's history were from Europe. As a result, many of the names they used came from towns or other local places where they studied in Europe.

Ordering rock layers from oldest to youngest was a first step in creating the geologic time scale. It showed the order in which life on Earth changed. It also showed us how certain areas changed over time in regard to climate or type of environment. However, the early geologic time scale only showed the order of events. It did not show the actual years that events happened. With the discovery of radioactivity in the late 1800s, scientists were able to measure the exact age in years of different rocks. Measuring the amounts of radioactive elements in rocks let scientists useabsolute dating to give ages to each chunk of time on the geologic time scale. For example, they are now able to state that the Jurassic began about 200 million years ago and that it lasted for about 55 million years.

Figure 12.1: The geologic time scale.
One of the first scientists to understand geologic time was James Hutton. In the late 1700s, he traveled around Great Britain and studied sedimentary rocks and their fossils. He believed that the same processes that work on Earth today formed the rocks and fossils from the past. He knew that these processes take a very long time, so the rocks must have formed over millions of years. Before Hutton, most people believed the Earth was only several thousand years old. His work helped us understand that the laws of nature never change and that the Earth is very old. He is sometimes called the "father of geology".

The geologic time scale is often shown with illustrations of how life on Earth has changed. It sometimes includes major events on Earth, too, such as the formation of the major mountains or the extinction of the dinosaurs. Figure 12.2 shows you a different way of looking at the geologic time scale. It shows how Earth’s environment and life forms have changed. 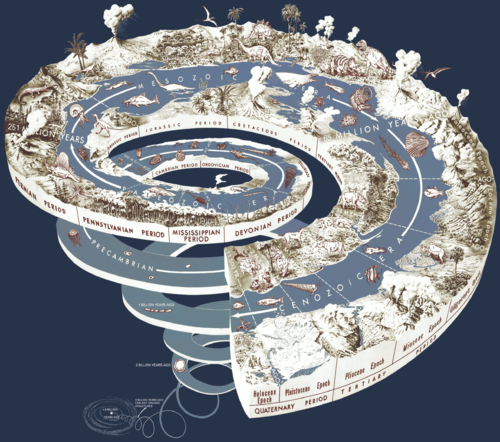 Figure 12.2: A different way of looking at the geologic time scale.

absolute dating
Methods used to determine how long ago something happened.
extinction
When an organism completely dies out.
fossils
The remains of past life, such as bones, shells, or other hard parts; may also include evidence of past life such as footprints or leaf impressions.
geologic time scale
A timeline that illustrates Earth's past.
relative dating methods
Used to determine the order of geologic events in Earth's history.

EDUCATION 101 •  University of the Assumption

STEM 12 •  Our Lady of Fatima University