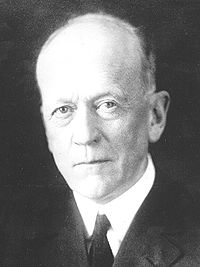 Figure 12.15: Charles Doolittle Walcott.
In the summer of 1909, an American scientist named Charles Doolittle Walcott (Figure 12.15) was in the Rocky Mountains of British Columbia, Canada. He was a paleontologist, which is a scientist who studies past life on Earth. He was searching for fossils. Riding on horseback, he was making his way down a mountain trail when he noticed something on the ground. He stopped to pick it up. It was a fossil! He began to dig around the area and found even more fossils. The fossils that Walcott found were of some of the most bizarre organisms anyone had ever seen. One of the organisms preserved in the fossils had a soft body like a worm, five eyes, and a long nose like a vacuum cleaner hose (Figure 12.16). Most of the fossils were the remains of animals that do not live today. They are now extinct, which means that nothing of their kind lives and that they are gone forever. 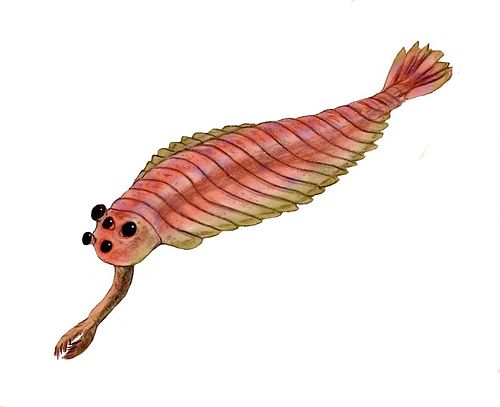 Figure 12.16: This bizarre animal with five eyes lived during the Cambrian. Fossils of it were discovered by Charles Walcott.
The organisms in Walcott's fossils lived during a time of geologic history known as the Cambrian. The Cambrian period began about 540 million years ago. It marked the beginning of the Phanerozoic Eon. It also marked the beginning of many new and complex life forms appearing on Earth. In fact, the term Phanerozoic means "time of well-displayed life". We still live today in the Phanerozoic Eon. However, life on Earth is very different today than it was 540 million years ago. This lesson covers some of the history of life on Earth. It will show you how living things have developed and changed over the last 540 million years of the Phanerozoic Eon. You will learn about how species adapt and evolve over time.

Be sure that you can answer the following questions before you begin this lesson. 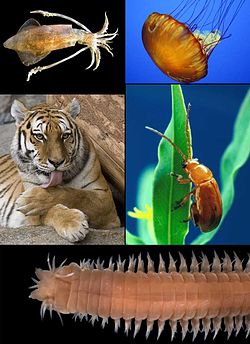 Figure 12.17: There is an amazing diversity of organisms on Earth.
There are over 1 million species of plants and animals known to be currently alive on Earth (Figure 12.17). Scientists believe there are millions more that have not been discovered yet. Look around you and you notice that the organisms on this planet have incredible variation. One of the most remarkable features of Earth's organisms is their ability to survive in their specific environments. For example, polar bears have thick fur coats that help them stay warm in the icy waters that they hunt in (Figure 12.18). Reindeer have sponge-like hoofs that help them walk on snowy ground without slipping and falling. Plants that live in dry desert environments have special stems and leaves that help them conserve water. 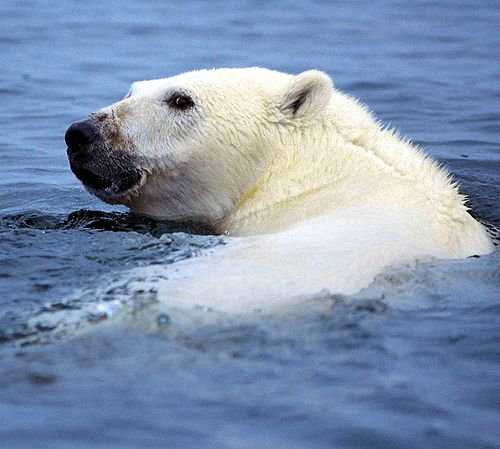 Figure 12.18: Many animals, like this polar bear, have special body features that help them live in a certain environment.
Other organisms have special features that help them hunt for food or avoid being the food of another organism. For example, when zebras in a herd run away from lions, the zebras' dark stripes confuse the lions and make it hard for them to focus on just one zebra during the chase. Hummingbirds have long thin beaks that help them drink nectar from flowers. Some plants have poisonous or foul-tasting substances in them that keep animals from eating them.

The characteristics of an organism that help it survive in a given environment are called adaptations. Adaptations develop when certain variations in a population help some members survive better than others (Figure 12.19). Often the variation comes from a mutation, or a random change in an organism's genes. The ones that survive pass favorable traits on to their offspring. 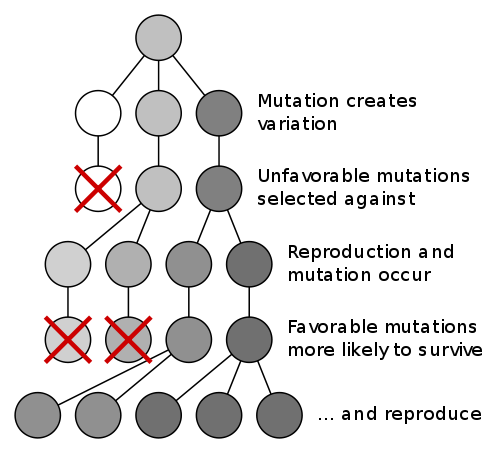 Figure 12.19: An explanation of how adaptations develop.
To help you understand adaptation, think about a population of oak trees. Imagine that most of the trees are easily killed by a certain fungus but that every now and then, there is one tree that has a natural ability to survive the fungus. That one tree displays a variation that gives it a better chance of surviving its environment. It also has a better chance of living to produce seeds and have offspring. It will reproduce and carry on the species, while the other trees will die off. The tree with the natural ability to resist the fungus will pass that trait on to its offspring. The other trees will not live and have offspring. Eventually the population will change so that most of the individual trees have the trait to survive the fungus. This is an adaptation. Adaptations are inherited traits that an organism gets from its parents. Over time traits that help an organism survive become more common. Traits that hinder survival eventually disappear.

Changes and adaptations in a species accumulate over time. Eventually the descendants are very different from their ancestors and may become a whole new species. Changes in a species over time are called evolution. We learn about evolution from the fossil record. It shows us that many of the life forms that live today developed from earlier, different life forms. For example, horse fossils show us that about 60 million years ago horses were much smaller than they are today (Figure 12.20). Fossils also show us that horses' teeth and hooves have changed several times as horses have adapted to changes in the environment. 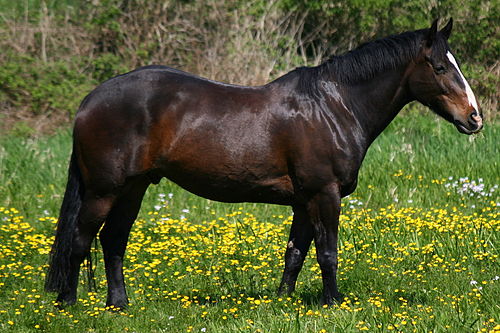 Figure 12.20: The horse has evolved over the last 60 million years. Horses today are much larger than earlier horses.

We study fossils to learn about how species responded to change over the Earth's long history. Fossils show us that simple organisms dominated life on Earth for its first 3 billion years. Then, between 1 and 2 billion years ago, the first multi-cellular organisms appeared on Earth. Life forms gradually evolved and became more complex. During the Cambrian period, animals became more diverse and complex. We sometimes refer to this part of the Phanerozoic Eon as the Cambrian Explosion—meaning a time when the Earth "exploded" with incredible numbers of new complex life forms.

The Phanerozoic Eon is divided into three chunks of time called eras—the Paleozoic, the Mesozoic, and the Cenozoic (Table (12.1). They span from about 540 million years ago to the present. We live now in the Cenozoic Era. The table below shows how life has changed during the long span of the Phanerozoic Eon. Notice that different types of organisms developed at different times. However, all organisms evolved from a common ancestor. Life gradually became more diverse and new species branched out from that common ancestor. Most modern organisms evolved from species that are now extinct. To get an idea of how an organism can change from a single common ancestor to many different types, think about all the different types of dogs. All dogs evolved from a common wolf ancestor. Today there are hundreds of varieties of dogs that all look very different.

The eras of the Phanerozoic Eon are separated by events called mass extinctions. A mass extinction occurs when large numbers of organisms become extinct in a short amount of time. Between the Paleozoic and the Mesozoic, nearly 95% of all species on Earth died off. The cause or causes of this extinction are still being debated.

Between the Mesozoic and the Cenozoic, about 50% of all animal species on Earth died off. This mass extinction, 65 million years ago, is the one in which the dinosaurs became extinct. Although there are other hypotheses, most scientists think that this mass extinction took place when a giant meteorite struck Earth with the energy of the most powerful nuclear weapon. The impact kicked up a massive dust cloud. When the particles rained back onto the surface they heated the atmosphere until it became as hot as a kitchen oven, roasting animals. Dust that remained in the atmosphere blocked sunlight for a year or more, causing a deep freeze and ending photosynthesis. Sulfur from the impact mixed with water in the atmosphere to form acid rain, which dissolved the shells of the tiny marine plankton that form the base of the food chain. With little food being produced by land plants and plankton, animals starved. Carbon dioxide was also released from the impact and eventually caused global warming. Life forms could not survive the dramatic temperature swings.

Earth's climate changed numerous times during the Phanerozoic Eon. Just before the beginning of the Phanerozoic, much of the Earth was cold and covered with glaciers (Figure 12.21). As the Phanerozoic began, however, the climate was changing to a warm and tropical one (Figure 12.22). The glaciers were replaced with tropical seas. This allowed the Cambrian Explosion of many new life forms on Earth. During the Phanerozoic, Earth's climate has gone through at least 4 major cycles between times of cold glaciers and times of warm tropical seas. Some organisms survived environmental changes in the climate; others became extinct when the climate changed beyond their capacity to cope with it. 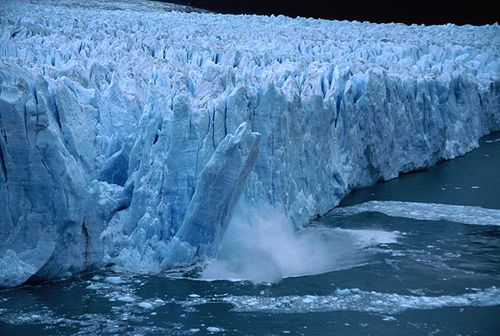 Figure 12.21: Just before the Phanerozoic, many parts of Earth were covered with glaciers. After the Earth began to warm and many of the glaciers melted, there was an explosion of new life on Earth. The glaciers in this picture are from the present. However, glaciers are much less common on Earth today than at other times in Earth's history. 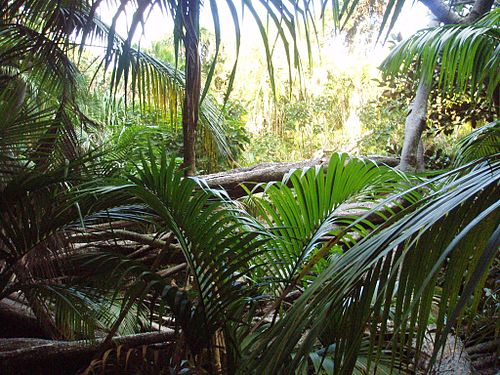 Figure 12.22: The Phanerozoic Eon was often characterized by times of warm tropical climates. The age of the dinosaurs was especially mild for most of the Earth. This allowed plants and animals to spread over large areas of land. This picture shows plants in a modern rainforest. Plants of the Phanerozoic may have looked similar.

adaptation
A trait that an organism inherits that helps it survive in its natural environment.
evolution
The change in an organism's traits over time such that a new species is often the result.
glaciers
Large sheets of flowing ice.
paleontologist
A scientist who studies Earth’s past life forms.
tropical
A climate that is warm and humid.
variation
Having many differences.

Chapter 5 - The Record of Earth History.pdf

GEOGRAPHY 105 •  University of the Fraser Valley

304 A History of Life on Earth Quiz.pdf

Explain what extremophile life forms are and where they are found on Earth.docx