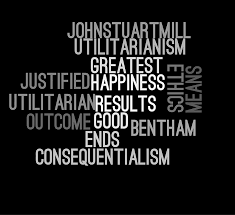 GENERAL REMARKS.There are few circumstances among those which make up the present condition of human knowledge, more unlike what might have been expected, or more significant of the backward state in which speculation on the most important subjects still lingers, than the little progress which has been made in the decision of the controversy respecting the criterion of right and wrong. From the dawn of philosophy, the question concerning the summum bonum, or, what is the same thing, concerning the foundation of morality, has been accounted the main problem in speculative thought, has occupied the most gifted intellects, and divided them into sects and schools, carrying on a vigorous warfare against one another. And after more than two thousand years the same discussions continue, philosophers are still ranged under the same contending banners, and neither thinkers nor mankind at large seem nearer to being unanimous on the subject, than when the youth Socrates listened to the old Protagoras, and asserted (if Plato's dialogue be grounded on a real conversation) the theory of utilitarianism against the popular morality of the so-called sophist.

It is true that similar confusion and uncertainty, and in some cases similar discordance, exist respecting the first principles of all the sciences, not excepting that which is deemed the most certain of them, mathematics; without much impairing, generally indeed without impairing at all, the trustworthiness of the conclusions of those sciences. An apparent anomaly, the explanation of which is, that the detailed doctrines of a science are not usually deduced from, nor depend for their evidence upon, what are called its first principles. Were it not so, there would be no science more precarious, or whose conclusions were more insufficiently made out, than algebra; which derives none of its certainty from what are commonly taught to learners as its elements, since these, as laid down by some of its most eminent teachers, are as full of fictions as English law, and of mysteries as theology. The truths which are ultimately accepted as the first principles of a science, are really the last results of metaphysical analysis, practised on the elementary notions with which the science is conversant; and their relation to the science is not that of foundations to an edifice, but of roots to a tree, which may perform their office equally well though they be never dug down to and exposed to light. But though in science the particular truths precede the general theory, the contrary might be expected to be the case with a practical art, such as morals or legislation. All action is for the sake of some end, and rules of action, it seems natural to suppose, must take their whole character and colour from the end to which they are subservient. When we engage in a pursuit, a clear and precise conception of what we are pursuing would seem to be the first thing we need, instead of the last we are to look forward to. A test of right and wrong must be the means, one would think, of ascertaining what is right or wrong, and not a consequence of having already ascertained it.

The difficulty is not avoided by having recourse to the popular theory of a natural faculty, a sense or instinct, informing us of right and wrong. For—besides that the existence of such a moral instinct is itself one of the matters in dispute—those believers in it who have any pretensions to philosophy, have been obliged to abandon the idea that it discerns what is right or wrong in the particular case in hand, as our other senses discern the sight or sound actually present. Our moral faculty, according to all those of its interpreters who are entitled to the name of thinkers, supplies us only with the general principles of moral judgments; it is a branch of our reason, not of our sensitive faculty; and must be looked to for the abstract doctrines of morality, not for perception of it in the concrete. The intuitive, no less than what may be termed the inductive, school of ethics, insists on the necessity of general laws. They both agree that the morality of an individual action is not a question of direct perception, but of the application of a law to an individual case. They recognise also, to a great extent, the same moral laws; but differ as to their evidence, and the source from which they derive their authority. According to the one opinion, the principles of morals are evident à priori, requiring nothing to command assent, except that the meaning of the terms be understood. According to the other doctrine, right and wrong, as well as truth and falsehood, are questions of observation and experience. But both hold equally that morality must be deduced from principles; and the intuitive school affirm as strongly as the inductive, that there is a science of morals. Yet they seldom attempt to make out a list of the à priori principles which are to serve as the premises of the science; still more rarely do they make any effort to reduce those various principles to one first principle, or common ground of obligation. They either assume the ordinary precepts of morals as of à priori authority, or they lay down as the common groundwork of those maxims, some generality much less obviously authoritative than the maxims themselves, and which has never succeeded in gaining popular acceptance. Yet to support their pretensions there ought either to be some one fundamental principle or law, at the root of all morality, or if there be several, there should be a determinate order of precedence among them; and the one principle, or the rule for deciding between the various principles when they conflict, ought to be self-evident.

To inquire how far the bad effects of this deficiency have been mitigated in practice, or to what extent the moral beliefs of mankind have been vitiated or made uncertain by the absence of any distinct recognition of an ultimate standard, would imply a complete survey and criticism of past and present ethical doctrine. It would, however, be easy to show that whatever steadiness or consistency these moral beliefs have attained, has been mainly due to the tacit influence of a standard not recognised. Although the non-existence of an acknowledged first principle has made ethics not so much a guide as a consecration of men's actual sentiments, still, as men's sentiments, both of favour and of aversion, are greatly influenced by what they suppose to be the effects of things upon their happiness, the principle of utility, or as Bentham latterly called it, the greatest happiness principle, has had a large share in forming the moral doctrines even of those who most scornfully reject its authority. Nor is there any school of thought which refuses to admit that the influence of actions on happiness is a most material and even predominant consideration in many of the details of morals, however unwilling to acknowledge it as the fundamental principle of morality, and the source of moral obligation. I might go much further, and say that to all those à priori moralists who deem it necessary to argue at all, utilitarian arguments are indispensable. It is not my present purpose to criticise these thinkers; but I cannot help referring, for illustration, to a systematic treatise by one of the most illustrious of them, the Metaphysics of Ethics, by Kant. This remarkable man, whose system of thought will long remain one of the landmarks in the history of philosophical speculation, does, in the treatise in question, lay down an universal first principle as the origin and ground of moral obligation; it is this:—'So act, that the rule on which thou actest would admit of being adopted as a law by all rational beings.' But when he begins to deduce from this precept any of the actual duties of morality, he fails, almost grotesquely, to show that there would be any contradiction, any logical (not to say physical) impossibility, in the adoption by all rational beings of the most outrageously immoral rules of conduct. All he shows is that the consequences of their universal adoption would be such as no one would choose to incur.

On the present occasion, I shall, without further discussion of the other theories, attempt to contribute something towards the understanding and appreciation of the Utilitarian or Happiness theory, and towards such proof as it is susceptible of. It is evident that this cannot be proof in the ordinary and popular meaning of the term. Questions of ultimate ends are not amenable to direct proof. Whatever can be proved to be good, must be so by being shown to be a means to something admitted to be good without proof. The medical art is proved to be good, by its conducing to health; but how is it possible to prove that health is good? The art of music is good, for the reason, among others, that it produces pleasure; but what proof is it possible to give that pleasure is good? If, then, it is asserted that there is a comprehensive formula, including all things which are in themselves good, and that whatever else is good, is not so as an end, but as a mean, the formula may be accepted or rejected, but is not a subject of what is commonly understood by proof. We are not, however, to infer that its acceptance or rejection must depend on blind impulse, or arbitrary choice. There is a larger meaning of the word proof, in which this question is as amenable to it as any other of the disputed questions of philosophy. The subject is within the cognizance of the rational faculty; and neither does that faculty deal with it solely in the way of intuition. Considerations may be presented capable of determining the intellect either to give or withhold its assent to the doctrine; and this is equivalent to proof.

We shall examine presently of what nature are these considerations; in what manner they apply to the case, and what rational grounds, therefore, can be given for accepting or rejecting the utilitarian formula. But it is a preliminary condition of rational acceptance or rejection, that the formula should be correctly understood. I believe that the very imperfect notion ordinarily formed of its meaning, is the chief obstacle which impedes its reception; and that could it be cleared, even from only the grosser misconceptions, the question would be greatly simplified, and a large proportion of its difficulties removed. Before, therefore, I attempt to enter into the philosophical grounds which can be given for assenting to the utilitarian standard, I shall offer some illustrations of the doctrine itself; with the view of showing more clearly what it is, distinguishing it from what it is not, and disposing of such of the practical objections to it as either originate in, or are closely connected with, mistaken interpretations of its meaning. Having thus prepared the ground, I shall afterwards endeavour to throw such light as I can upon the question, considered as one of philosophical theory.