The maintenance of homeostasis in the body typically occurs through the use of feedback loops that control the body's internal conditions.

A system used to control the level of a variable in which there is an identifiable receptor (sensor), control center (integrator or comparator), effectors, and methods of communication.


We use the following terminology to describe feedback loops: 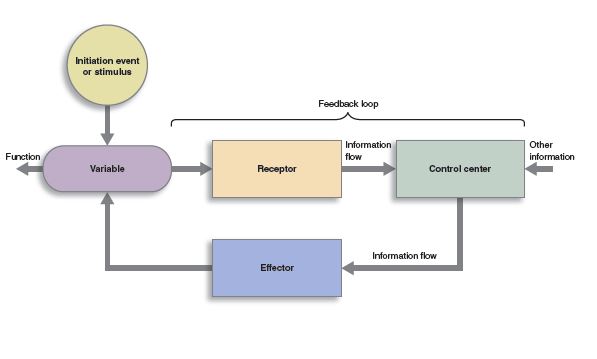 Terminology in this area is often inconsistent. For example, there are cases where components of a feedback loop are not easily identifiable, but variables are maintained in a range. Such situations are still examples of homeostasis and are sometimes described as a feedback cycle instead of a feedback loop.


With this terminology in mind, homeostasis then can be described as the totality of the feedback loops and feedback cycles that the body incorporates to maintain a suitable functioning status.

Consider one of the feedback loops that controls body temperature. 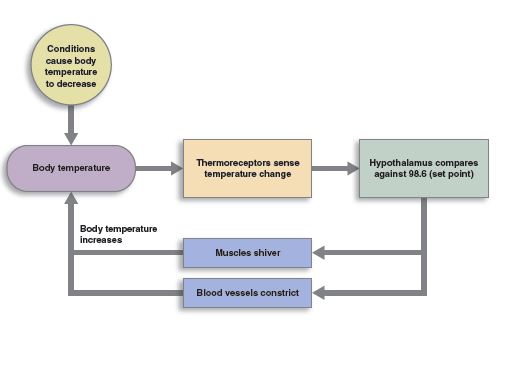 BIOL 2010 •  The University of Tennessee, Knoxville

Cholesterol homeostasis is essential to our overall health.docx