1. Overview to Understanding Abnormal Behavior & Introduction and Methods of Research

The Social Impact of Psychological Disorders 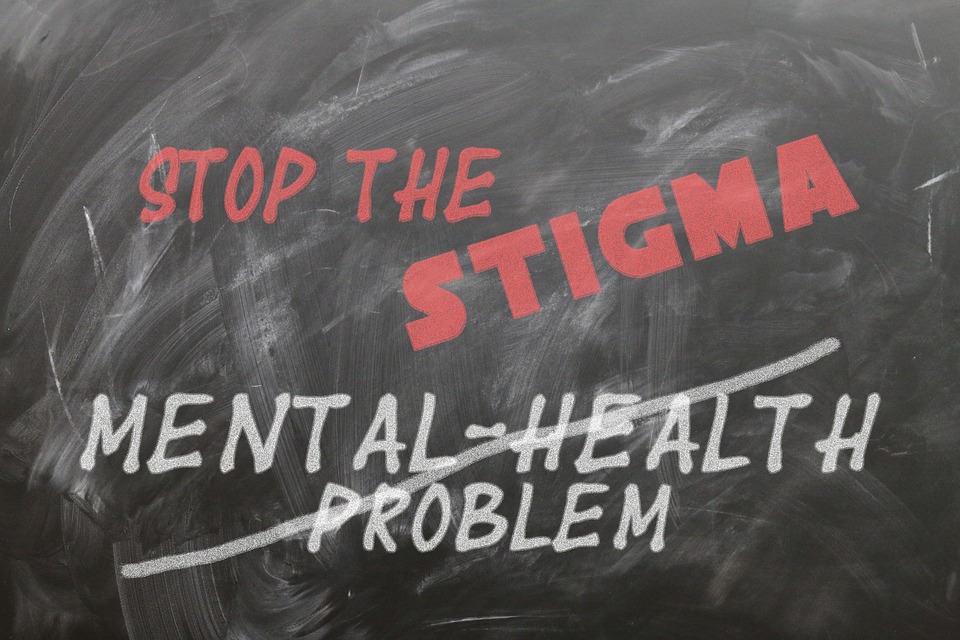 However, many people who need care never seek it out. Why is that?  We already know that society dictates what is considered abnormal behavior through culture and social norms, and you can likely think of a few implications of that. But to fully understand society’s role in why people do not seek care, we need at our social attitudes toward people with psychological disorders. We also need to look at  language, stereotypes and stigma, a label that causes many people to be regarded as different, defective, and set apart from mainstream.

Stereotypes about people with psychological disorders can quickly and easily transform into prejudice when people in a society determine the schema (expectations that people might have about every person of a particular group) to be correct and form negative emotions and evaluations of this group (Eagly & Chaiken, 1993). This in turn can lead to discriminatory practices such as an employer refusing to hire, a landlord refusing to rent an apartment, or a romantic relationship being avoided, all due to the person having a mental illness.

Overlapping with prejudice and discrimination in terms of how people with mental disorders are treated is stigma, or when negative stereotyping, labeling, rejection, and loss of status occur. Stigma is when someone views you in a negative way because you have a distinctive characteristic or a personal trait that is,considered a disadvantage (a negative stereotype). It may even be a real disadvantage. Stigma causes an individual to be mentally classified by others in an undesirable, rejected stereotype rather than in an accepted, normal one.Unfortunately, negative attitudes and beliefs toward people who have a mental health condition are common.

Stigma takes on three forms as described below:

Another form of stigma that is worth noting is that of courtesy stigma or when stigma affects people associated with the person with a mental disorder. Karnieli-Miller et. al. (2013) found that families of the afflicted were often blamed, rejected, or devalued when others learned that a family member had a serious mental illness (SMI). Due to this they felt hurt and betrayed and an important source of social support during the difficult time had disappeared, resulting in greater levels of stress. To cope, they had decided to conceal their relative’s illness and some parents struggled to decide whether it was their place to disclose versus the relative’s place. Others fought with the issue of confronting the stigma through attempts at education or to just ignore it due to not having enough energy or desiring to maintain personal boundaries. There was also a need to understand responses of others and to attribute it to a lack of knowledge, experience, and/or media coverage. In some cases, the reappraisal allowed family members to feel compassion for others rather than feeling put down or blamed. The authors concluded that each family “develops its own coping strategies which vary according to its personal experiences, values, and extent of other commitments” and that “coping strategies families employ change over-time.”

Other effects of stigma include experiencing work-related discrimination resulting in higher levels of self-stigma and stress (Rusch et al., 2014), higher rates of suicide especially when treatment is not available (Rusch, Zlati, Black, and Thornicroft, 2014; Rihmer & Kiss, 2002), and a decreased likelihood of future help-seeking intention in a university sample (Lally et al., 2013). The results of the latter study also showed that personal contact with someone with a history of mental illness led to a decreased likelihood of seeking help. This is important because 48% of the sample stated that they needed help for an emotional or mental health issue during the past year but did not seek help. Similar results have been reported in other studies (Eisenberg, Downs, Golberstein, & Zivin, 2009). It is important to also point out that social distance, a result of stigma, has also been shown to increase throughout the life span suggesting that anti-stigma campaigns should focus on older people primarily (Schomerus, et al., 2015).

What might happen if mental illness is presented as a treatable condition? McGinty, Goldman, Pescosolido, and Barry (2015) found that portraying schizophrenia, depression, and heroin addiction as untreated and symptomatic increased negative public attitudes towards people with these conditions but when the same people were portrayed as successfully treated, the desire for social distance was reduced, there was less willingness to discriminate against them, and belief in treatment’s effectiveness increased in the public.

Recovery from mental illness is a complex process. As with all serious illness, the well-being of recovering individuals is affected by the attitudes that surround them. Despite increasing sensitivity about most disabilities, mental illness all too often remains a target for ridicule and misrepresentation in advertising, entertainment, and the mainstream media.

Most of what we know as individuals comes not from personal experience, but from the stories that surround us from birth. In the past it was families, religious institutions, schools, and respected members of the community who instilled cultural attitudes. “Today, this is done by the mass media,” says George Gerbner, founder of the Cultural Environment Movement, and a researcher whose career includes 30 years of monitoring the cultural impact of television on society. Television is, in Gerbner’s words, “the wholesale distributor of the stigma of mental illness.” His research has shown that characters portrayed on television as having mental illnesses have four times the violence rate and six times the victimization rate of other characters. Gerbner notes that “Violence and retribution are shown as inherent in the illness itself and thus inescapable. No other group in the dramatic world of television suffers and is shown to deserve such a dire fate.”

The portrayal of mental illness in the movies is similarly distorted. In the late 1980s, Steven E. Hyler of Columbia University and his colleagues identified six categories of psychiatric characters in films: homicidal maniac, narcissistic parasite, seductress, enlightened member of society, rebellious free spirit, and zoo specimen. Hyler concluded concluded that these predominantly negative stereotypes had a damaging effect on the viewing public and on the patients themselves, their family members, and policy makers. More recently, Otto F. Wahl of George Mason University, an authority on public images of mental illness, found that in the decade from 1985 to 1995, Hollywood released more than 150 films with characters who have mental illnesses, the majority of them killers and villains. There can be no doubt that Hollywood stereotypes are a large part of what people know, or think they know, about people with psychiatric vulnerabilities. Newspaper reports about mental illness are often more accurate than the characters one sees in TV entertainment and movies. Still, people with psychiatric histories generally are reported negatively. In 1991, researchers Russell E. Shain and Julie Phillips, found that 86 percent of all print stories dealing with former mental patients focused on violent crime.Media stereotypes of persons with mental illness as villains, failures, buffoons—together with the misuse of terms like “schizophrenia” and “psychotic” in negative contexts—have far-reaching consequences. On the most deeply personal level, biased stereotypes damage the sense of self-worth of millions of persons diagnosed with serious psychiatric illnesses. On the social and economic levels, negative stereotyping may result in large-scale discrimination against an entire class of people in the areas of housing, employment, health insurance, and medical treatment.

Increasingly, the media are doing better work; at times, their efforts are excellent. Diana Ross’s moving and realistic portrayal of schizophrenia in Out of Darkness, an ABC television drama, was praised by mental health activists. “Good” characters with mental illness are appearing from time to time in prime-time television entertainment.Feature stories about the achievements of individuals diagnosed with mental illness—such as  a New York Times business section feature about John Forbes Nash, Jr., the winner of a Nobel Prize for economics—also help shatter stereotypes. In 1959, Nash began showing clear signs of mental illness, and spent several years at psychiatric hospitals being treated for paranoid schizophrenia. After 1970, his condition slowly improved, allowing him to return to academic work by the mid-1980s. His struggles with his illness and his recovery became the basis for Sylvia Nasar's biography, A Beautiful Mind, as well as a film of the same name starring Russell Crowe as Nash.  And increasingly, people with first-hand experience of mental illness are writing books, appearing on television news and talk shows, producing documentaries and radio programs, and contributing articles to the print media. The disparity between mental illness as it is perceived by much of the public and mental illness as it is lived and experienced is a gulf to be bridged.

Top 10 Most Accurate Depictions of Mental Illness in Movies & TV

You can promote fair, accurate, and balanced portrayals of mental illness in the media. Your voice does make a difference. Whether you hand write it, type it, or e-mail it, it’s your passion and knowledge that persuade, that get your letters read (and published), and that change hearts and minds.

Use the Challenging Stereotypes: An Action Guide to help decrease the barriers of prejudice toward people who have mental illnesses by calling attention to media portrayals of mental illness that are stigmatizing, stereotyping, and/or inaccurate.

Self-stigma – When people with mental illnesses internalize the negative stereotypes and prejudice, and in turn, discriminate against themselves

ABNORMAL PSYCHOLOGY THE SCIENCE AND TREATMENT OF PSYCHOLOGICAL DISORDERS,13TH EDITION KRING - Test B

Mental illness is a psychological disorder which is characterized by abnormal thoughts.docx

PSYCHOLOGY 1504 •  University of the People

The Psychological and Social Impact of Covid-19_ N-WT_Summaries.docx

The History of Psychological Disorders.pdf

Psychological and social impact of crime.docx

The effects of Generalized Anxiety Disorder to Social Lives.docx