After reading this chapter you should be able to:


Have you ever been told that you “throw like a girl,” “run like a girl,” or “fight like a girl”? Was it an insult? A compliment? We have been taught that throwing like a girl is the equivalent of throwing poorly. We use a variety of channels of communication (language, books, tv, clothing, etc.) to teach children what it means to be a “girl” or a “boy”. We limit these identities to separate categories we are not usually supposed to mix. We are taught that men are supposed to be more athletic than women, and even play in different leagues! In almost every professional sport like football, baseball, and basketball the men’s league is seen as more competitive and more popular. The company Always decided to examine the phrase "like a girl" and how children of different ages would respond! The results were not what you would expect!

So what happens when a girl is able to throw a 70 mile per hour fastball and win The World Series for her team? Ideas about gender are continually being challenged. Mo’ne Davis was the first girl to pitch a shutout in the Little League World Series in August 2014 and is showing everyone what it means to throw like a girl. Known as America’s favorite pastime, baseball used to be reserved for men only. Currently, Davis is being recognized because of her rare talent, but also because of her gender (Wallace). With Davis as a role model, we hope to see many more examples of transformations of traditional gender roles! For more information on Mo’ne, check out this link! This example highlights one of the key characteristics of gender—-that it is fluid. Gender roles of a given culture are always changing. 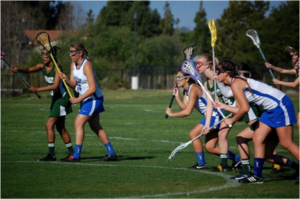 Like in sports, people of all genders are taking on new roles in all different ways! This picture depicts females on the field during a competitive game of lacrosse at Humboldt State University in Arcata, California.

Gender communication is a specialization of the communication field that focuses on the ways we, as gendered beings, communicate. Gender research might look at roles for people of different genders in academia, sports, media, or politics. For example, research in this area could examine the similarities and differences in the conversations that take place in the comment section of a Youtube video created by Bethany Mota verses one created by Philip DeFranco. Researchers could also look at how people of different genders have been represented throughout history. Gender communication is also a field that strives to change the way we talk about people, in order to make a more empathetic and safe space for our entire community. For example, the word “queer” used to be a slur for people who were homosexual. Now we see the LGBTQIA (lesbian, gay, bisexual, trans, queer/questioning, intersex, asexual) community has reclaimed the word queer to mean any person who is not straight. It is now a self proclamation and one that can be empowering for many people.

In this chapter, we want to make a distinction between sex and gender before providing an overview of this specialization’s areas of research, main theories and theorists, and highlights from research findings about feminine and masculine communication styles. While we are taking a communication lens to the study of gender, we need to acknowledge the contributions made by other academic disciplines such as women’s studies, linguistics, and psychology (Stephen, 2000).

As with other specializations in communication, definitions of gender abound (Gamble & Gamble; Gilbert; Howard & Hollander; Lorber; Vannoy). Ivy and Backlund define gender communication as, '“communication about and between men and women”' (4). Central to this definition are the terms about and between, and men and women. About addresses the attention this specialization pays to how the sexes are “discussed, referred to, or depicted, both verbally and nonverbally.” Between addresses how members of each sex communicate interpersonally with others of the same, as well as the opposite, sex (Ivy & Backlund 4). We find this problematic because it limits the discussion about gender to only men and women. For our purposes, we will be adapting the Ivy and Backlund definition and instead using the definition: communication about and between people of all genders. This new definition is more inclusive of the large number of gender identities that are present in our community. For example gender queer, transgender, and a-gender. We will discuss and define some of these identities later in the chapter, for a more in-depth exploration of these identities, check out this article from the Huffington Post.

In our society, we use the gendered terms women and men instead of male and female. What’s the difference between these two sets of terms? One pair refers to the biological categories of male and female. The other pair, men and women, refers to what are now generally regarded as socially constructed concepts that convey the cultural ideals or values of masculinity and femininity. For our purposes, gender is, “the social construction of masculinity or femininity as it aligns with designated sex at birth in a specific culture and time period. Gender identity claims individuality that may or may not be expressed outwardly, and may or may not correspond to one’s sexual anatomy” (Pettitt). This definition is important because it discusses the separation between sex and gender as well as the idea that gender is socially constructed.

This basic difference is important, but it’s most important that you know something else about these two sets of terms. One set has fixed meaning and the other set maintains fluid or dynamic meaning. Because they refer to biological distinctions, the terms male and female are essentially fixed. That is, their meanings are generally unchanging (as concepts if not in reality, since we do live in an age when it’s medically possible to change sexes). Conversely, because they are social constructions, the meanings of the gendered terms masculine and feminine are dynamic or fluid. Why? Because their meanings are open to interpretation: Different people give them different meanings. Sometimes, even the same person might interpret these terms differently over time. For example, as a teenager a girl may portray her femininity by wearing make-up. Eventually, she may decide to forego this traditional display of femininity because her sense of herself as a woman may no longer need the validation that a socially prescribed behavior, such as wearing make-up, provides. We use the terms fluid and dynamic to describe the social construction of gender because they will change based on the time, place, and culture a person lives in. For example, did you know that high heels were first invented for men to make them look taller? These days, if a man wears high heels, he would be described as “feminine.” This is an example of how our ideas of gender can change over time.