In 2005, Turkish immigrant Hamdi Ulukaya bought a yogurt plant from Kraft Foods in Johnston, New York. Ulukaya had a vision of a better product: the thick, rich yogurt he had enjoyed in Turkey but couldn't find in the United States.

Chobani started out making private-label regular yogurts for other large companies, but Ulukaya believed he could make a better yogurt than the competition. And, he had a good idea of the customers he wanted to target:

We aimed at people who never liked yogurt. We couldn’t blame them, because what was available was not what the rest of the world was eating.

Further, the company chose not to target only women, a favorite target segment for the U.S. yogurt industry. Ulukaya believed that both men and women would appreciate the fresh ingredients and high protein that Chobani offered. 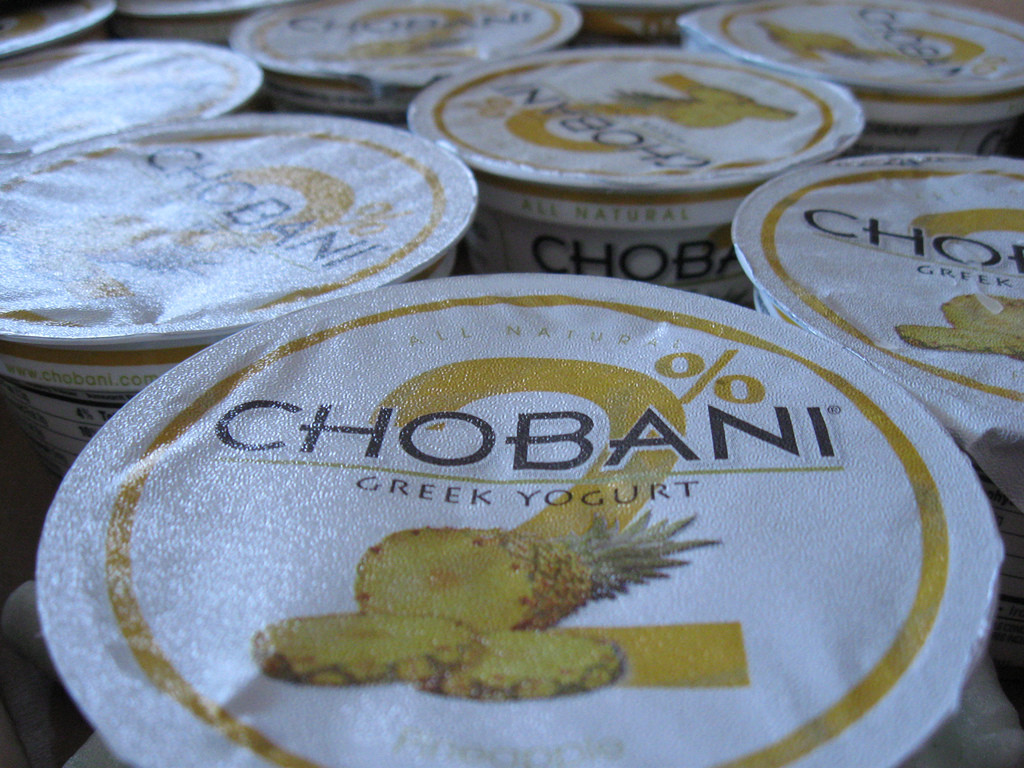 The recipe for Chobani is thicker and creamier than regular yogurt, with twice the protein and none of the preservatives and artificial flavors found in conventional yogurt. What’s in the yogurt—five live and active cultures, including three probiotics—is as important as what’s not, and Chobani turned this competitive advantage into the yogurt’s slogan: “Nothing but Good.” Ulukaya described the philosophy behind the product:

We look at our yogurt as pure, healthy, simple, and something that you enjoy tasting. That is very, very important for us.[5]

Existing Greek yogurt lines were most often sold in expensive specialty stores. Ulukaya hoped to sell his yogurt brand to a wider customer base through mass-distribution channels of grocery store chains. After more than a year developing Chobani’s trademark taste, in October 2007 Chobani’s first shipment included five different flavors—blueberry, peach, strawberry, vanilla, and plain—which were sold to a single Long Island grocery store. From there the company expanded regionally and then nationally to grocery store chains. The demand for broader distribution was fueled by the promotion campaign.

Chobani worked to develop a two-way dialogue with happy customers.

We’re on all the major social media platforms. The growth of Chobani really started virally, where one person would try it, tell five friends who each told five friends, and it really became a brand people loved to discover on their own and tell other people about. In the online landscape, we just had really great success at being able to talk to our fans. I think one of the great things about our company is our relationship with consumers; it’s really a lot of fun to hear what they have to say and take it to heart.[6] —Nicki Briggs, a registered dietitian and head of the company's communications team

Ulakaya also became a darling of the business press, which was persuaded by his philosophy that anything is possible with hard work. He was a frequent guest on national investment news programs and speaker at business conferences.

The company capitalized on the healthy and ambitious aspects of its brand, and in 2012 Chobani became the official yogurt of the U.S. Olympic Team. As a sponsor, Chobani  followed athletes from U.S. Olympic training centers to the London Olympic Games.

Since then Chobani has also visibly committed to supporting local farmers and strengthening economic growth in the communities where it is located, which contributes to its reputation as a healthy brand.

When Chobani entered the market, prices for the traditional offerings in the market clustered around 65 cents per cup. Premium Greek yogurt cost $1.34 per cup. [7]

Chobani priced its product at roughly $1 per cup. This decision was based on the expectation that the product would be successful. Ulakaya set the price assuming economies of scale—that the company would gain efficiencies as sales increased—instead of trying to recover the early costs. The price factored in the higher cost of premium ingredients, which also supported the product and promotion goals. [8]

MKTG 1003 •  The University of Newcastle

The Principles of Marketing Case Study.docx